A report “Energia, huoltovarmuus ja geopoliittiset siirtymät” (Energy, Supply Security and Geopolitical Shifts) by Veli-Pekka Tynkkynen and Sakari Höysniemi from the research group on Russian environment and others was published. The report is a part of Energy and Supply Security project financed by the Prime Minister’s Office and can be accessed from here. 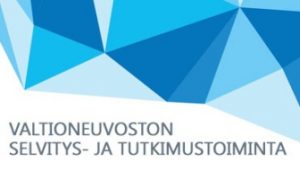 This study argues that in a condition of a rapid energy transition Russia’s possibility to use energy trade as leverage
diminishes. Therefore, a slow transition to a renewables-dominated world economy is in the interest of Russia.

Energy has always been an essential part of geopolitics. Transitions in energy markets and new technologies can have a significant impact on the geopolitical balance and national security by affecting countries’ energy trade, economy and security of supply. For example, combatting global climate change has already had and will continue to have an impact on the demand for hydrocarbons. Decreasing demand can put financial pressure on countries with economies dependent on the export of hydrocarbons, and this may create political instabilities. Simultaneously, political decisions to financially support energy production from renewable sources, mainly wind, have reduced countries’ dependency on fossil fuel imports and paved the way for a wave of competitive renewable energy sources.

This policy brief is based on the second phase of a three-phase study on the changing geopolitics of energy.

The first phase of the study involved performing a global, market-based analysis and developing three scenarios: base scenario, rapid development and slow development until 2040. The second phase of the study assesses the impacts of these strategic shifts from the point of view of Russia’s energy and security policies. Moreover, the policy brief analyses how
Russia is using control of its energy resources and flows of traded energy commodities to exert political leverage in conflict situations. Knowledge of leverage and dependencies in energy trade makes it possible to carry out the third analytical phase, i.e. to propose measures that simultaneously promote the energy transition and energy security in Finland.