Professor Tynkkynen was interviewed for the article, and he stated that:

– Of course, one starts to ponder whether the orders are related to stealing of money from Russian state budget. There is corruption in every sector in Russia. In areas with significant state strategic interests, the biggest jackpots are usually available.

“In addition to cruise ships, Helsinki Shipyard specializes in making, for example, icebreaking tankers heading to the Northeast Passage, support vessels for oil drilling in the Arctic, and a new generation of icebreakers.

This makes the shipyard important for Russia. According to Tynkkynen, the Arctic is part of the “Russian story” that Putin wants to use to create a picture of Russia as a further expanding superpower.”

The article is available online in both Finnish and Russian.

Margarita Zavadskaya and our team member Elena Gorbacheva wrote a piece on the changing attitudes of Russians towards environmental issues for RBC Trends section “Eco-nomica”. In their article, the researchers analysed the results of the World Values Survey and European Values Study over the past 20 years and outlined how Russians’ perceptions of certain environmental questions have been shifting. The researches addressed issues such as the importance of environmental protection over economic growth, the trust in environmental organisations, and the attitudes towards climate change. One of the interesting findings was that during 1994-2014, environmental protection was seen as an issue with more priority compared to economic growth. 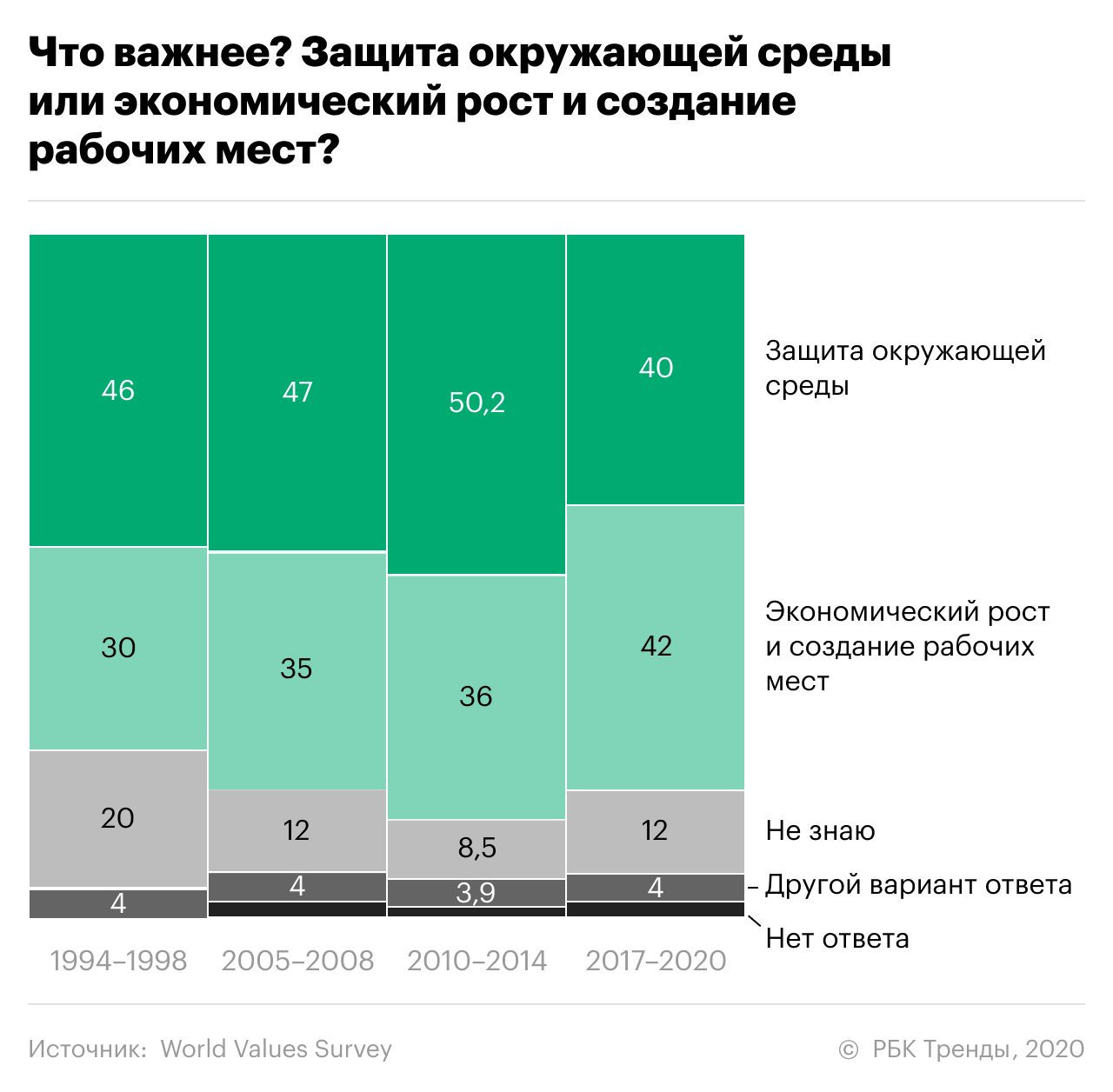 Professor Tynkkynen gave an interview to the Czech media Seznam Zprávy, which was published in the article “Buď bude EU vůči Rusku jednotná, nebo slabší, říká finský expert na energetiku” (roughly translated as “The EU will either unite with Russia or will get weaker, says Finnish energy expert“). The interview covered a wide scope of issues, from Nord Stream 2 to Olkiluoto 3 nuclear power station and Fennovoima. 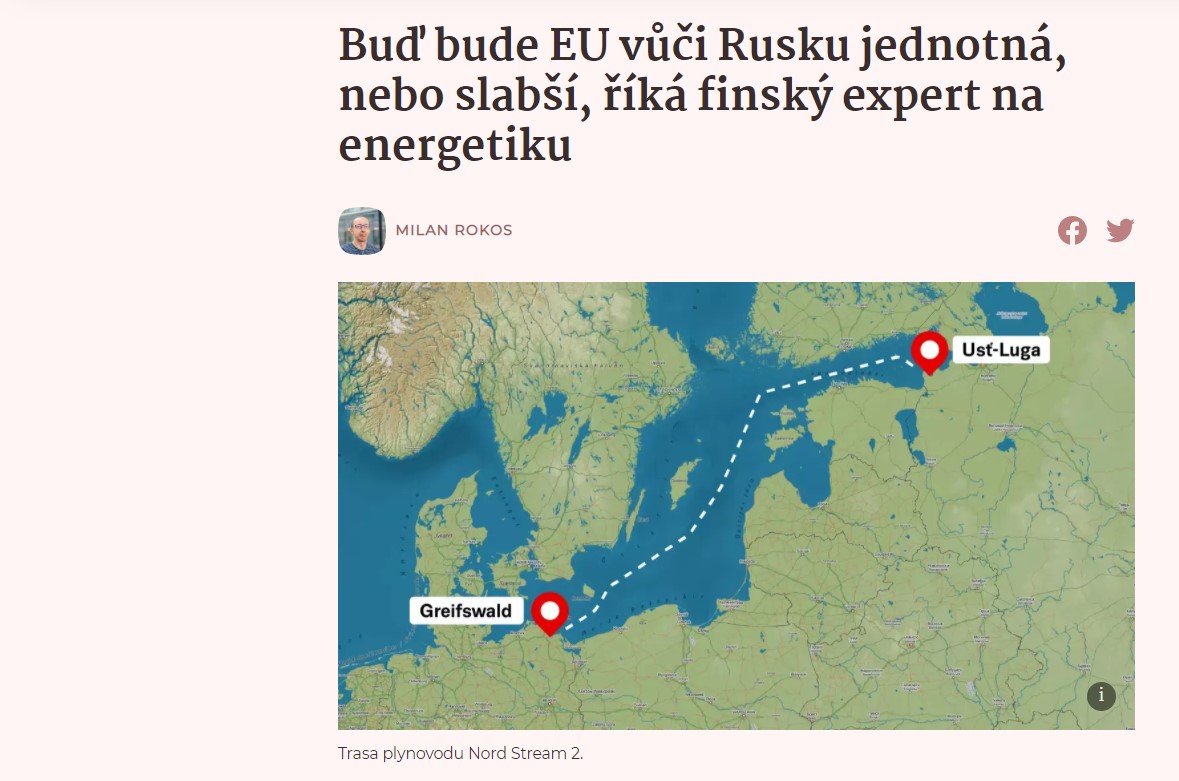 The full article in Czech can be read online. 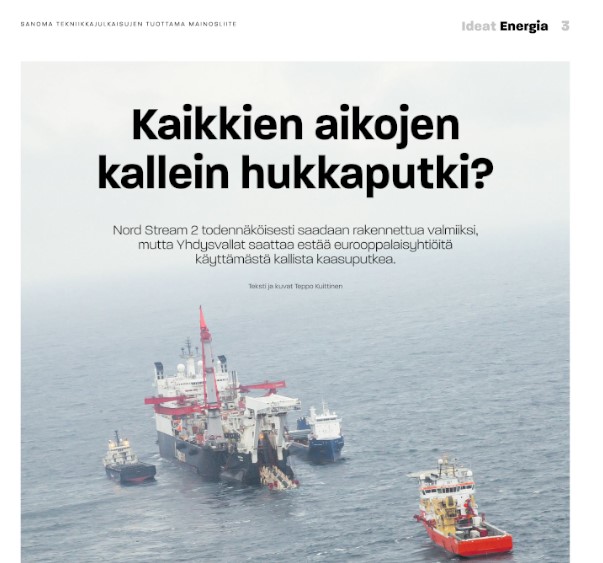 New Helsingin Sanomat’ Sanoma Tekniikkajulkaisut issue “Ideat”  published a new piece “Kaikkien aikojen kallein hukkaputki?” (Most expensive spill pipe of all time?), for which Professor Tynkkynen provided comments. The article discusses Nord Stream 2 pipeline transporting natural gas from Russia to Europe and the challenges it creates and faces – from the repercussions of Navalny’s poisoning to the United States’ opposition to the project.

The full version of the article can be read online.

Professor Tynkkynen was cited in the recent article by The Washington Post titled “Ethics and economics: The conflicting values of the esports industry”. This excellent long read covers the stated in the title issues in great detail and in various contexts, and it also touched Russia’s energy giant Gazprom and its FACEIT (an esports platform) sponsorship:

Gazprombank’s recent sponsorship of FACEIT, for example, mirrors the company’s approach to sponsorships of FIFA, Schalke and the Champions League.

“It’s all about how Gazprom want to be seen in the European space — it normalizes Gazprom as a commercial enterprise,” Veli-Pekka Tynkynnen, Associate Professor of Russian and Eurasian Studies at the University of Helsinki, said. 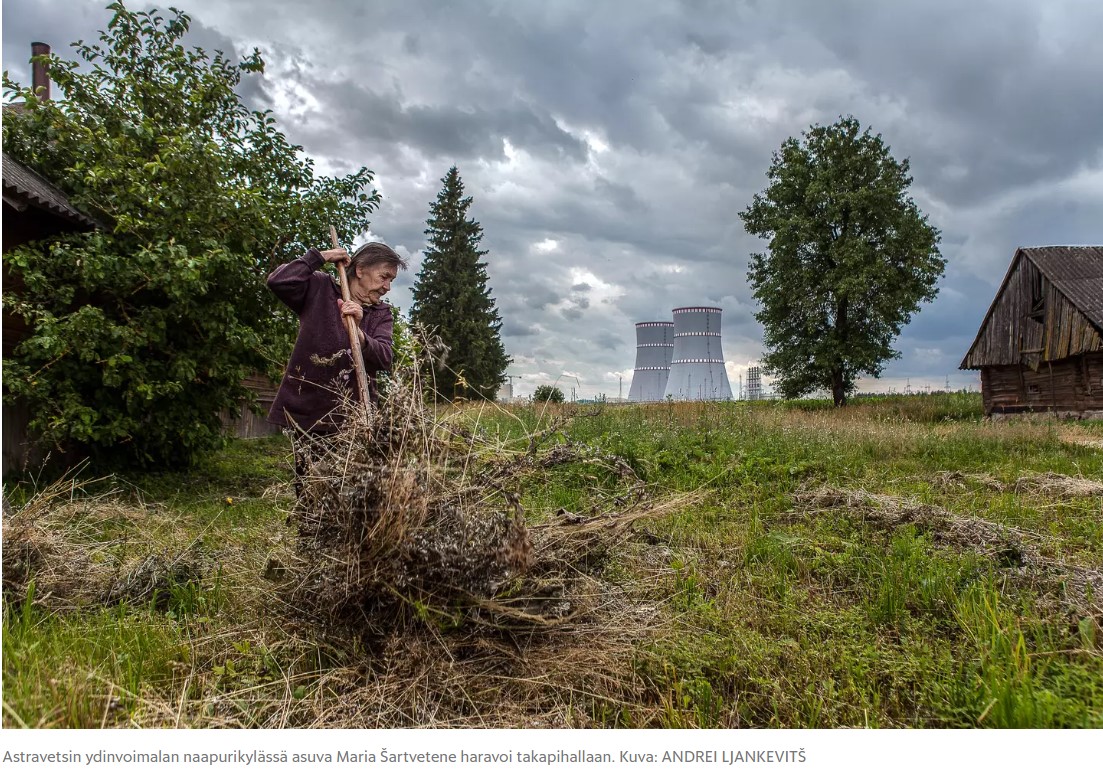 On the 29th of May, 21,000 m3  of diesel oil spilled in Russian town Norilsk (Krasnoyarsk Krai) from a fuel storage tank. Nornickel company claimed that the melting of permafrost on which the tank was built resulted in the accident. The oil contaminated an area of more than 350 square kilometres, including the Daldykan and the Ambarnaya rivers – one of the largest oil spill disasters in the world. For first 2 days after the spillage occurred, the authorities did not take any action before the mass and social media started to talk about the disaster. On the 3d of June, the accident was proclaimed a federal-level emergency.

This morning Veli-Pekka Tynkkynen gave his comments on the situation at the Ykkösaamu programme. To learn more about the disaster, listen to the discussion with Professor Tynkkynen and Kirsten Jörgensen, leading researcher at the Finnish Environment Institute, starting from 59:49 at Yle Areena.

Crashing oil prices are one of the most discussed topics these days, and many try to understand why does it happen and what are the effects. To Russia, that is largely dependent on high oil prices, the current situation is especially worrisome. The solid prices are the lowest in 20 years (and on Monday American WTI oil even had a negative price of -37 US dollars), and the ruble has been dropping for more than a month now, and the coronavirus outbreak does not help the economy either. Professor Tynkkynen has been approached by several media outlets to comment on the recent developments, and here we have collected his interviews.

Firstly, Professor Tynkkynen appeared today in the Ykkösaamu programme on Yle Radio 1, the interview starts at 52:41.

that oil will be bringing tax rubles to President Vladimir Putin’s government as long as the price remains above $ 15 a barrel. If the price falls below $ 15, the Russian economic crisis will worsen.

Thirdly, Professor Tynkkynen’s comments on Russian National Wealth Fund can be found in the MTV news. This fund accumulated extra oil and gas revenues for 12 years, now has more than 120 billion US dollars and in theory, can be used for supporting Russian citizens during these difficult times. However, as Professor Tynkkynen states

– There are significant buffer funds in Russia. It is a fact that in recent decades, public investment has not gone to the social and health sectors but to the energy sector and the construction of military equipment How Russia can take care of the well-being of its citizens is a big social question, Tynkkynen says.
If Russia’s social- and healthcare cannot withstand the corona pandemic, the people may be even more angry at their government.
– In recent days, there has been criticism of the Putin administration in the Russian media. Even in the media, which has been very sympathetic to the administration, there is criticism of the fact that in recent decades Russia has invested in supporting the fossil energy sector and building security and military equipment, and not in improving the social and health sectors, Tynkkynen says.

While all the world is affected by the coronavirus pandemic, the oil market is not an exception. The prices have been plummeting since March, when Saudi Arabia and Russia engaged in the oil price war. YLE tried to explain what is going on now with the oil market and published an article “Pandemia iski myös öljymarkkinoille: Sekoitti Venäjän ja Saudi-Arabian hintasodan kortit” (The pandemic hit also the oil market: Shuffled Russian and Saudi price war cards). Professor Veli-Pekka Tynkkynen commented on the issue for the article:

So is there a solution to the price war in the midst of the coronavirus crisis?

– Time will show it. We have seen the co-operation between Opec and Russia in recent years, says Veli-Pekka Tynkkynen, Associate Professor in Russian Environmental Studies at the Aleksanteri Institute, University of Helsinki.

He believes that Russia is at a disadvantegous position in this contention.

– If we look at the drop in the price of oil, Russia’s Urals brand has decline the most. With this price of oil, Saudi Arabia is still able to generate profits for itself, unlike Russia, where production costs are starting to be higher than the current barrel price for Urals brand.

Read this and other insights in the article online.