Sohvi Kangasluoma’s book review of the “Resources, Social and Cultural Sustainabilities in the Arctic” has been published in The Yearbook of Polar Law Online. The book is edited by Monica Tennberg, Hanna Lempinen, and Susanna Pirnes and

is a timely and needed piece on Arctic sustainabilities and resources. The driving force throughout the book is the concept of resources and their entanglements with sustainabilit(ies). The question of resources is approached from a wide, innovative viewpoint. In the midst of the global rush towards the energy re-sources of the Arctic, this volume offers an inspiring reminder of what can be approached as a resource. For the editors of the work resources are understood as socially and culturally constructed components, and their connection with Arctic sustainabilities is discussed from various viewpoints. The geographical context of the book is the European Arctic, however, several of the themes are also relevant for the broader circumpolar world. The volume is part of the Routledge Research in Polar Regions series, which offers a rather extensive out-look to the Arctic and Antarctic research.

The review can be found online.

“Research Handbook on Communicating Climate Change”, edited by David C. Holmes and Lucy M. Richardson, is out. Drawing together key frameworks and disciplines that illuminate the importance of communication around climate change, this Research Handbook offers a vital knowledge base to address the urgency of conveying climate issues to a variety of audiences. Our postdoc Dmitry Yagodin wrote a chapter for the volume titled “The unearthed and contagious logics of pluralist climate justice in the Russian Arctic”. 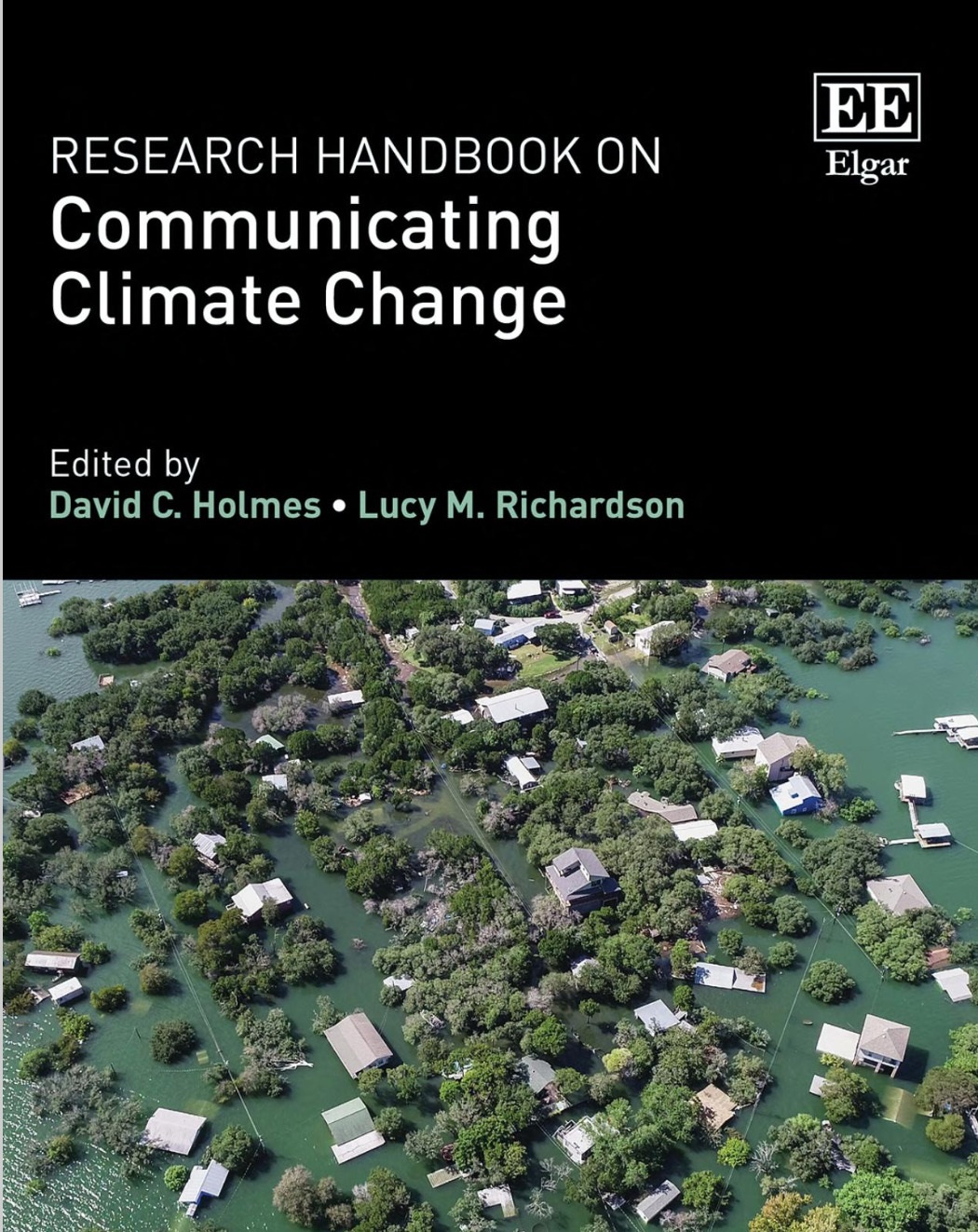 Learn more about the handbook on the publisher’s website.

Our Doctoral candidate, Sohvi Kangasluoma, had her first article published in the special issue of the Polar Record. The article, titled “Drilling for the future: Gendered justifications of the Arctic fossil fuel industry”, through feminist discussions explores how old and gas companies, Norwegian Equinor and Russian Gazprom & Gazprom Neft, try to create a compelling image of themselves on their webpages.

Despite the global alarm caused by accelerating climate change, hydrocarbon companies are exploring and opening up new oil and gas fields all over the world, including the Arctic. With increasing attention on the Arctic, companies address the growing global environmental pressure in their public marketing in various ways. This article examines the webpages of Norwegian Equinor and Russian Gazprom & Gazprom Neft. Building on feminist discussions, I analyse the different justification strategies these fossil fuel companies working in the Arctic utilise in order to support their ongoing operations. This article concludes that in order to justify their operations in the Arctic, the Norwegian and Russian companies emphasise values based on discourses that have historically and culturally been associated with masculine practices, such as the control of nature enabled by technology. These justifications are thus reinforcing the narrative of the Arctic as a territory to be conquered and mastered. Even though the companies operate in different sociopolitical contexts, the grounds of justification are rather similar. Their biggest differences occur in their visual presentations of gender, which I argue is part of the justification. Approaching the fossil fuel industry from a feminist perspective allows questioning the dominant conceptualisations, which the justifications of Arctic hydrocarbon companies are based on.

The article can be found online.

Veli-Pekka Tynkkynen wrote an article “Could Russia Embrace an Energy Transition?” for the upcoming 819 issue of the “Current History” journal. Current History is the oldest publication devoted exclusively to international affairs published in the United States. The journal aims to observe and explain the profound changes transforming every region of the world, providing readers with a better understanding of today’s crucial events and pressing global trends through contributions from leading and emerging experts and scholars.

Fossil energy, political power, and climate denial are intertwined in Russia to such an extent that building support for an ambitious policy of reducing emissions and transitioning from a fossil-based energy system to a carbon-neutral one will be extremely difficult, even in the event that relatively more progressive leadership comes to power. But Russia has much more to gain than to lose from coming to terms with reality and seizing its opportunity to become a leader in the global shift to renewable energy

The full version of the article is available in PDF.

Jesse Swann-Quinn (PhD, Department of Geography, Maxwell School of Citizenship and Public Affairs, Syracuse University) wrote a review on Professor Tynkkynen’s book “The energy of Russia: hydrocarbon culture and climate change”. The review is published in the “Eurasian Geography and Economics” journal.

As COVID-19 spread globally in the winter and spring of 2020, the governments of Russia and Saudi Arabia upended oil markets. They had failed to agree on a response to collapsing demand within the global oil supply chain, causing crude prices to temporarily drop below zero in some markets. Though shocking, this crisis response was presaged in a letter to Vladimir Putin a year earlier when Igor Sechin – the head of Russia’s state oil and gas company, Rosneft, and a Putin confidant – purportedly argued that agreeing to cut oil output within the OPEC+ coalition posed a “strategic threat” to Russia. While framing Russia as threatened by external geopolitical and market forces, Sechin simultaneously characterized Russia as a global energy superpower, fortified by “the availability of quality recoverable oil reserves, necessary infrastructure and personnel.” (Korsunskaya and Astakhova 2019). In making this argument to Putin, Sechin invoked powerful scripts of Russia’s energy, identity, and space, which Veli-Pekka Tynkkynen deconstructs in his short and illuminating book The Energy of Russia: Hydrocarbon Culture and Climate Change (2019).

The article can be read online on the ScienceDirect website.

The Arctic institute’s China Series, coordinated by Dr. Sanna Kopra, are approaching their end. In the last post, Kopra gives final remarks on China and its Arctic trajectories.

When we began to put together The Arctic Institute’s China series in the beginning of this year, little did we know about what was about to happen due to the outbreak of the coronavirus pandemic. Today, it is not difficult to imagine that far-ranging consequences of the pandemic will reshape economic and political dynamics in the Arctic region. Will the pandemic constitute an exogenous shock that triggers fundamental change in international order, including the regional order in the Arctic? What kind of role will China play in the reconstruction of the Arctic economy and what are geopolitical and environmental consequences?

Read the full version of the text on the Arctic Institute’s website.