Today Forum for Environmental Information released a publication, based on the YHYS Policy dialogue 2020, that was held on the 25th of May. The publication is titled “Miten turvataan ruoka ja energia haavoittuvassa maailmassa?”  (How to secure food and energy in a vulnerable world?).

We received the first taste of the vulnerability of food and energy systems with the corona crisis. The Spring 2020 Policy Dialogue sought ways how to produce food and energy sustainably well into the future, while at the same time better preparing for the threats of our time: pandemics, climate change, and security threats. Increasing self-sufficiency and local models are part of new, more sustainable food and energy systems. In order for complex systems to change, it is essential to make them understandable and to bring them closer to both policy makers and consumers.

Our Doctoral candidate Sakari Höysniemi, who participated in the discussion in May, also contributed to the publication.

“Even though the world of the future is more electronic, we need to think about how to electrify everything. I would like to see a reflection on the energy visions of transport, whether by changing the current car pool from oil to electricity, or whether by reducing the number of private cars at the same time. Public transport, walking and cycling are much more efficient modes of transport in terms of the use of natural resources than having every Finn move alone in their own car. ”

The publication is available for reading online. 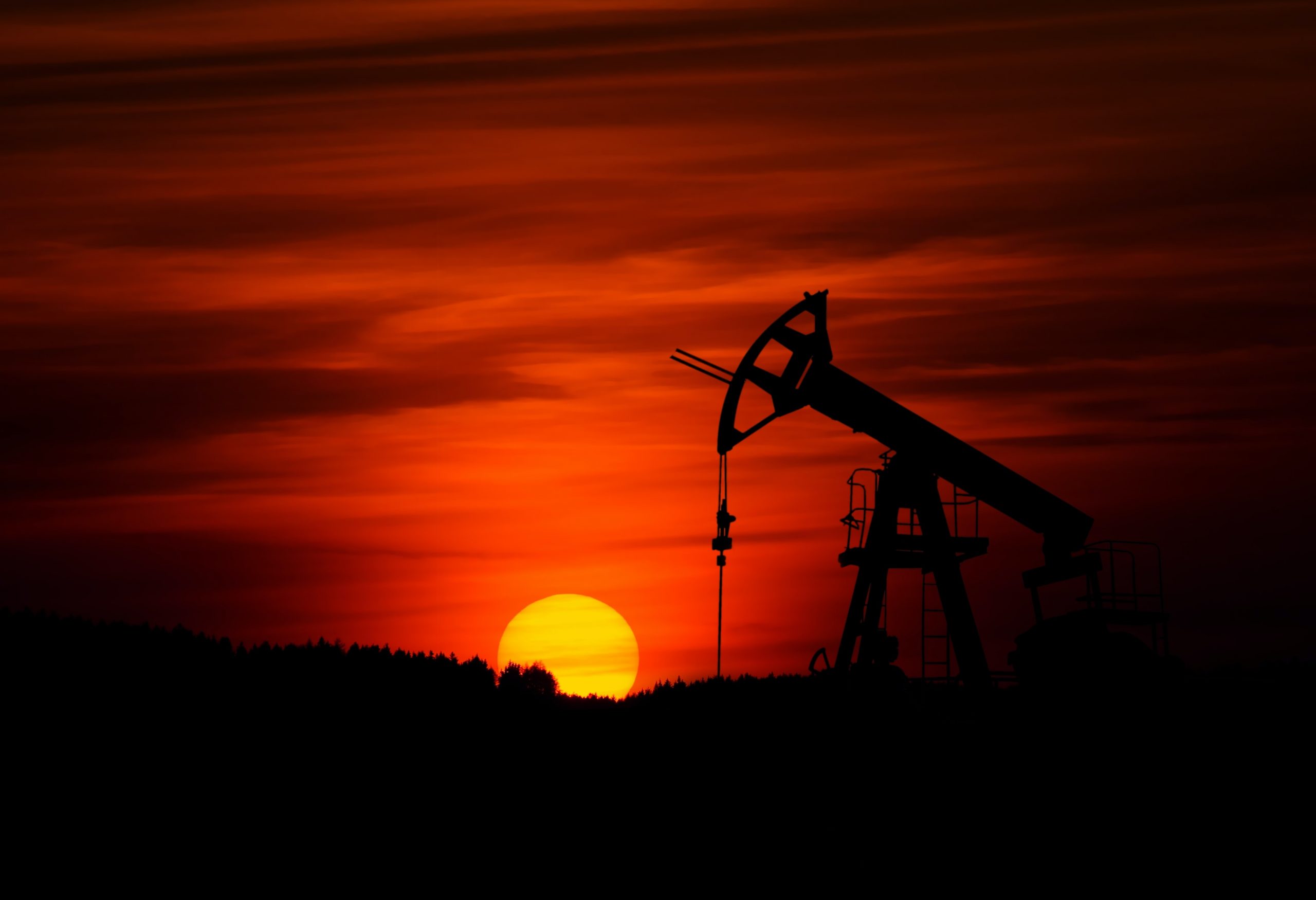 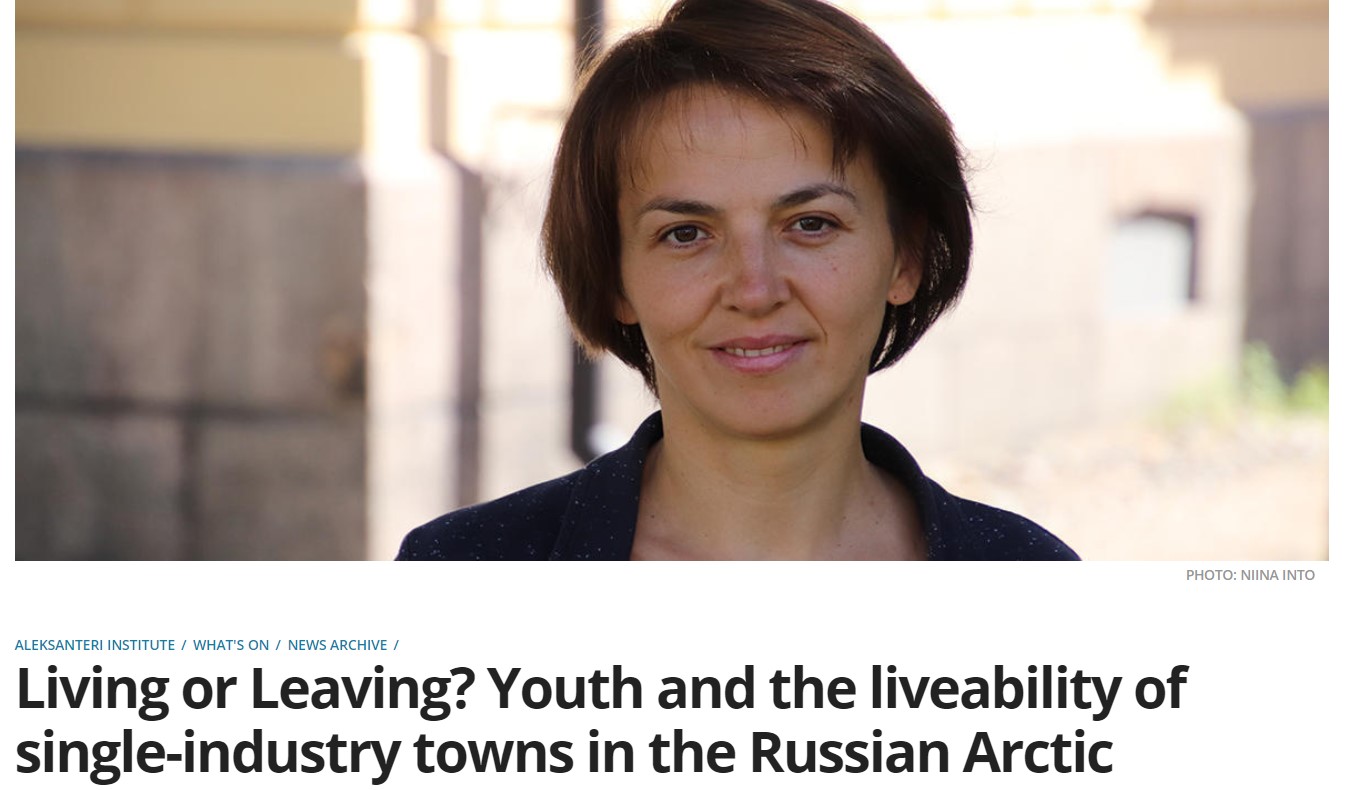 The article is available in both English and Finnish online. 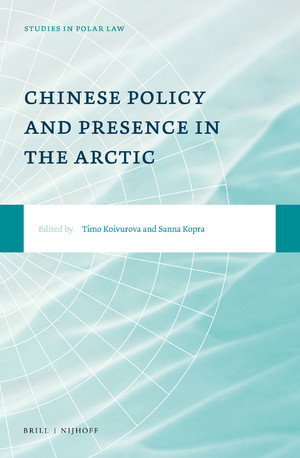 An electronic version of the book co-edited by Professor Timo Koivurova and our team member Dr. Sanna Kopra has been published. The book is titled “Chinese Policy and Presence in the Arctic”  and offers a comprehensive account of China’s evolving interests, policies, and strategies in the Arctic region.

Despite its lack of geography north of the Arctic Circle, China’s presence in the High North is expected to grow in the coming years, which, in turn, is likely to speed up globalization in the region. This book brings together experts on China and the Arctic, each chapter contributing to a detailed overview of China’s diplomatic, economic, environmental, scientific and strategic presence in the Arctic and its influence on regional affairs. The book is of interest to students, scholars and those dealing with China’s foreign policy and Arctic affairs.

Get the e-version or order a hardback copy online.

The Arctic Institute has started its new China Series:

China’s Arctic engagement has increased considerably during the past decade, which has not only offered plentiful economic opportunities but also created new risks and concerns among the eight Arctic states, non-state actors, and peoples. To increase understanding of dimensions of Beijing’s Arctic activities, The Arctic Institute’s new China series probes into China’s evolving Arctic interests, policies, and strategies, and analyses their ramifications for the region (and beyond). Over the coming weeks, we will publish numerous articles and commentaries elaborating on the political, economic, environmental, and social dimensions of China’s Arctic involvement.

In the first article, Dr. Sanna Kopra provides a brief overview of the history of China and its Arctic policy, current economic activities in the area, and what does this engagement means for the environment and the future of the region.

The forthcoming articles of The Arctic Institute’s new China series do their bit in facilitating such cooperation by increasing understanding of the political, economic, and environmental dimensions of China’s Arctic engagement. Together, the articles will offer a comprehensive account of China’s policies and interests in the Arctic – highly recommended reading if we are to enhance international cooperation and secure a resilient future in the region.

Our doctoral candidates Hilma Salonen and Sohvi Kangasluoma wrote together an article titled “New energy trends in the Russian Arctic: Could Russia lead the way in becoming a climate leader?” for the Baltic Rim Economies journal.

As the global climate movement has expanded, as well as the effects of climate change have become more visible, it is becoming rather evident that no country can overlook the implications of climate change. Even as Russia’s focus in the National action plan focuses on the adaptation to climate change and prepares to reap the benefits of the opening Northern Sea Route, some observers point out that Russia continues to have all the potential (renewable energy resources, skilled workforce) to become a forerunner in action against climate change. Investing in decentralized, smaller-scale projects would not necessarily entail economic losses or less international prestige. This direction seems rather unlikely in the context of the current fossil fuel regime, and there is no reason for heedless optimism. However, it will be interesting to see how the objective to adapt to climate change without making radical changes in the current socio-economic system will hold in the future.

The article was published today and can be read online.

Climate change is a global phenomenon that affects the world in different ways. It is anything but fair. The future of the Arctic is closely linked to the future of climate change. It is therefore a good idea for the Arctic and non-Arctic actors in the area to stop and ponder on the effects and motives of their actions. It is by no means sustainable to exploit the resources of a unique and vulnerable area without taking care of it. The Arctic must not be a place that is only exploited.

Read the article in its full at The Ulkopolitist website.

In February 2019 Alina Bykova, a Master’s student at the Centre for European, Russian and Eurasian Studies at the Munk School of Global Affairs, University of Toronto attended our “Russian and Post-socialist environment and energy” research seminar, where she presented a draft version of her Master’s thesis “The changing nature of Russia’s Arctic presence: a case study of Pyramiden”. For her thesis she also interviewed Professor Tynkkynen. The thesis examines the development of Soviet mining colonies on the Norwegian Arctic archipelago of Svalbard (Spitsbergen). Now the thesis is ready and was published as a short article on the Arctic Institute’s website.

Veli-Pekka Tynkkynen’s new book “The Energy of Russia. Hydrocarbon Culture and Climate Change” has been published. 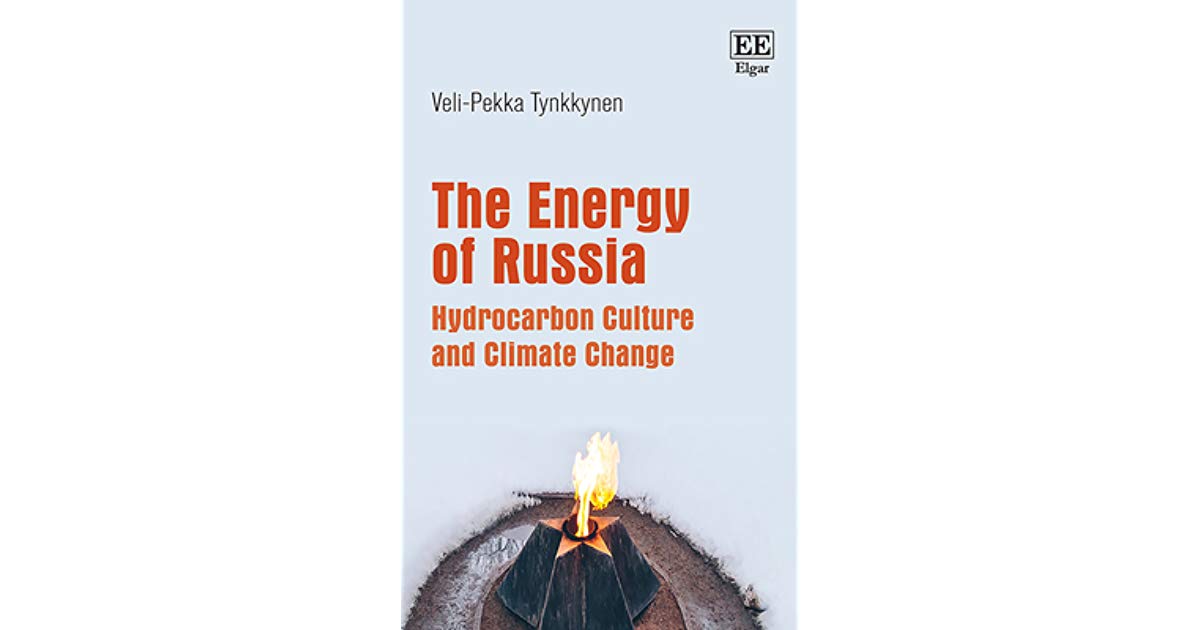 This timely book analyses the status of hydrocarbon energy in Russia as both a saleable commodity and as a source of societal and political power. Through empirical studies in domestic and foreign policy contexts, Veli-Pekka Tynkkynen explores the development of a hydrocarbon culture in Russia and the impact this has on its politics, identity and approach to climate change and renewable energy.

Cogent and compelling, this book demonstrates how the Russian state leverages its oil and gas reserves in order to create and maintain power both domestically and internationally. Tynkkynen uses empirical studies of key topics such as the national gas programme Gazprom, the Arctic, climate discourse and anthropogenic climate change denial, and the Russia-Finland energy trade to critically examine the situation. The book concludes with a convincing argument for the potential of renewable energy to build a more resilient and sustainable future for Russia and how this might be achieved.

This will prove crucial reading for scholars and students of Russian and Eastern European studies and energy and environmental studies, as well as geographers, anthropologists and political scientists. Those working in governments, international organizations and corporations with an interest in Russian energy will also find its insights useful.

The book can be ordered now online at the publisher’s website.

Additionally, there will be a book launch event organised on 17th of January 2020 at Tiedekulma from 13 to 14. More information can be found on event page on Facebook.