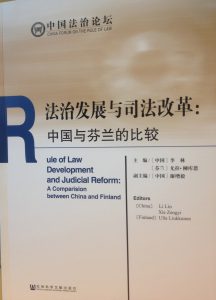 The Sino-Finnish collaboration has grown from strength to strength through common efforts and shared goals. The latest manifestation of this growing cooperation is the joint publication “Rule of Law Development and Judicial Reform: A Comparison between China and Finland“, edited by Professors Li Lin, Xie Zengyi and Ulla Liukkunen.

Nevertheless, this book should not be viewed merely as a collection of seminars papers, but rather a reflection of a shared interest in drawing legal comparison in the connection between different fields of substantive law.

Is your New Year’s resolution to read 52 books in 2016?
Have a look below at the newest and forthcoming publications by the Academy of Finland research projects, which the Center is supporting! 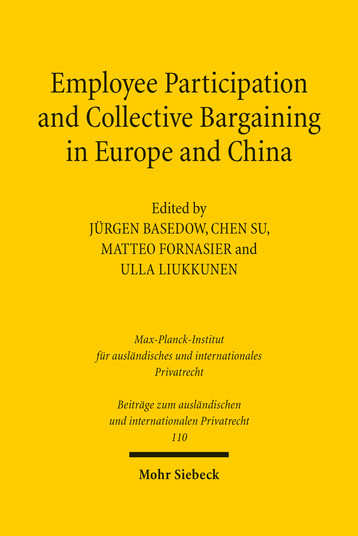 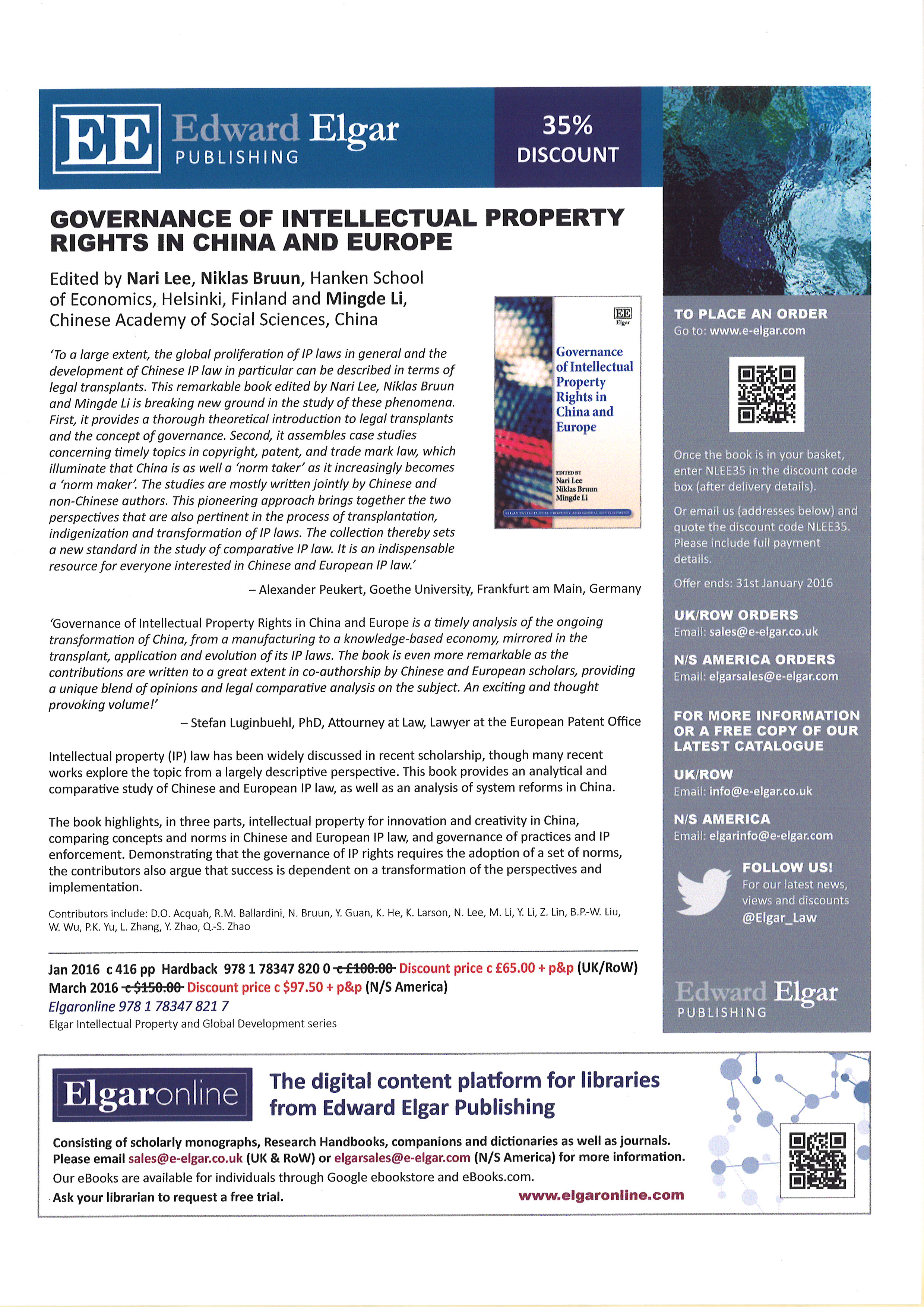 The book has been presented during the project’s closing seminar on 10th June 2015. The seminar brought once again together the Finnish and Chinese researchers composing the research team, as well as scholars and practitioners working in the field of environmental law. The in-depth discussion was a continuation of the previous seminars and workshop held in Wuhan, Helsinki, Tallinn and Kaifeng. Although the project came to an end, all participants consider the importance of furthering comparative research in the field of climate law.

Kluwer INSIGHT reports that within few weeks after publication,“China and ILO Fundamental Principles and Rights at Work” is the best selling Kluwer’s title!

This volume of the Bulletin of Comparative Labour Relations is the first publication of the Academy of Finland research project “ILO Core Labour Standards Implementation in China: Legal Architecture and Cultural Logic”. This achievement would not have been possible without the insightful presentations and thought provoking discussions of the first research seminar organized within the project in January 2013.

Note about the publication:

Although China is not new to labour law – it was among the founders of the International Labour Organisation (ILO) in 1919 – labour conditions in China today are the subject of concern to observers both inside China and in the international community. In response, China has devoted much attention recently to reforming its labour law system, a process driven by a political reorientation towards labour protection in the context of economic globalization. However, labour disputes and labour unrest continue to proliferate. Using as its starting point an international research seminar held at Helsinki University in January 2013, this volume gathers a remarkable array of academic perspectives on China and its legal system by scholars from China, the United States, and Europe into a stimulating and unique combination of commentary and analysis of the challenges relating to implementation of fundamental labour rights as spelled out in the landmark 1998 ILO Declaration on Fundamental Principles and Rights at Work in the Chinese setting. Importantly, the analysis fully takes into account action in relation to the promotion of labour rights by not only the Chinese government but local governmental authorities, trade unions, enterprises, and other actors. Each author focuses on a different aspect of how these fundamental labour rights operate in the Chinese legal environment and the kinds of obstacles met in their protection. Among the issues that arise are the following:

Many of the challenges relating to implementation of fundamental labour rights discussed in this volume can be considered common to many countries. The book offers new research questions and a wider scope of analysis, and also provides new tools for discussion regarding the promotion of fundamental labour rights. In that sense, this volume relates not only to research on labour issues in China but also to global research concerned with an increasingly pressing challenge of our time. For these reasons, it will be of tremendous value to academics in labour law, trade law and comparative law, and greatly useful to practitioners in these fields.

The publication is available to purchase on the publisher website.