Alexei Navalny has been in the constant centre of attention since his return on 17th of January in Russia, after months of therapy in Berlin that followed a luckily failed attempt on his life with Novichok poison in August 2020. Finnish media also devotes a lot of attention to the Russian opposition leader, and on Saturday Helsingin Sanomat published a large piece on the women that stand behind Navalny (Naiset Navalnyin takana). 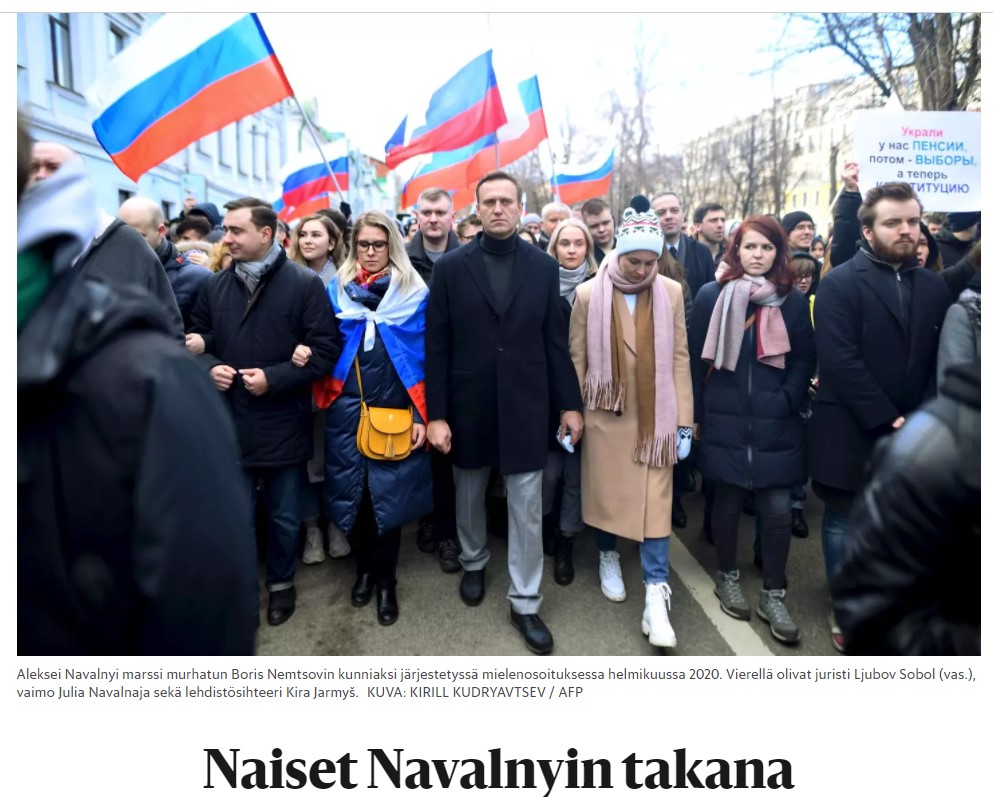 Margarita Zavadskaya was interviewed for the article and she shared her opinion on the role of women in opposition and argues that it is too early to speak about their breakthrough in Belarus, where Tsikhanouskaya and other powerful women became the leaders when the previous, “typical” opposition leaders who were their husbands and male colleagues, were imprisoned or sent abroad. In the case of Russia, Lyubov Sobol and other FBK women, like regional coordinators Ksenia Fadeyeva from Tomsk and Lilija Сhanysheva from Ufa are seen by authorities already as full-blooded opposition politicians.

The full version of the article can be found on HS website.