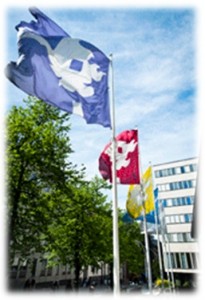 Network for European Studies’ essential form of activities are subsidizing and supporting various research projects, postgraduate education, scientific seminars and suchlike activities which add co-operation with researchers and research projects between European studies in all fields of science. Network also aspires to progress the international relations and co-operations between various researchers.

Network co-ordinates multidisciplinary field of European studies postgraduate education and offers finance and workspace for various researchers. Networks also have its own positions to postgraduate students.

THE NETWORK COORDINATES A SEMINAR IN EUROPEAN STUDIES

The European Studies Seminar offers the possibility for the participants to present their own field of research and to discuss about questions related to the life of a PhD student such as financing, guidance etc. and other issues. Those in turn of presenting their work can deliver a few pages beforehand to the other participants and ask also the supervisor to attend.

The seminar is organized about every third week either in Finnish or English depending on the participants.

1. The Political Rhetoric of ‘Isms’: Ideology and Rhetoric in European Comparison

The project aims at bringing forth a renewed understanding of political ideologies in which political ‘isms’ are viewed as rhetorical tools in political struggles, conflicts, and negotiations rather than inherently coherent theories or well defined ideational doctrines, and thus help overcome retrospective universalizations in the analysis of ‘isms’. Hence, focus will be put on what sort of political significance talking about ‘isms’ has had in a particular moment. These concepts have for instance been used as terms of abuse or as methods for colonizing a tradition for oneself. The project engages in a comparative study of how ‘isms’ have been used rhetorically in forging these traditions and how ‘isms’ have been rendered in different European political and social contexts from the breakthrough of political ‘isms’ from the eighteenth and nineteenth centuries to modern times. The primary focal points are the uses of ‘liberalism’, ‘patriotism’, ‘nationalism’ and ‘populism’, but the project itself will invite scholars to more broadly theorize about processes of ‘ismification’ and consequently discusses other ‘isms’ as well.

2. Language, Identity and Authenticity among the Roma in Eastern Europe

The project discusses the Roma living in Romania, Bulgaria, some of ex-Yugoslavian countries, Slovakia and the Czech Republic, the Baltic countries and to some extent, Finland. The goal of the project is to study the questions of diaspora, identity and hybridity from the point of view of political sciences, anthropology, migration research, anthropological and general/Romani linguistics.

Europaeum is a coalition of European state-of-the-art Universities which aims to progress the research and co-operation between its member universities. Network for European Studies coordinates the participation of the University of Helsinki to Europaeum network. More info.

Network for European studies organizes regularly numerous events which many are open to large public.