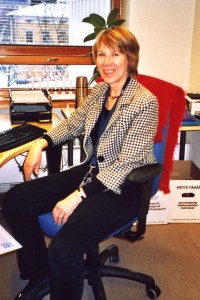 PhD, docent Eva Havu is a University Lecturer of French philology. She worked as a visiting professor of Finnish and Finnish culture in 2003–2004 and 2007–2010 in Paris 3-Sorbonne Nouvelle. During this time she collected plenty of material for the project “Social Deixis: Address Terms as a Mirror of Societal Transformations.” Its final publication came out in 2013. Eva Havu has published several articles on forms of address in French. She has also compared French and Finnish in different contexts. She was a supervisor of Johanna Isosävi’s thesis (2010) which concerns forms of address in French films. She is now supervising Tuuli Holttinen’s dissertation.

Further information can be found here.