Russian digital media Fontanka.ru published yesterday an article “Delyagin is afraid to be left without heat and light because of the Finns” (Делягин боится остаться без тепла и света из-за финнов), where an interview with Professor Veli-Pekka Tynkkynen was given. Commenting on the reasons behind publishing Delyagin’s article in “Rossiyskaya Gazeta”, Professor Tynkkynen believes that there were several of them:

First, of course it is the deal between Fortum and Uniper, because of which the Finnish energy company has noticeably increased its influence on the Russian market. And secondly, it is the political situation <…>. Nowadays there is a confrontation due to Syrian issue,  British Skripals’ case, so one should not exclude that this is a Finnish message – we can interfere with your Russian business.

For Russia, Tynkkynen states, energy is connected to foreign policy, For example, in “Rossiyskaya Gazeta” among other things Finland’s position on NATO is mentioned, which remains open. According to Tynkkynen, Mikhail Delyagin represents a nationalistic camp, that has a negative attitude towards foreign companies in Russia. Perhaps, he thinks, that it is an attempt of indirect influence on Finnish side. Similar tactics was used by Russia before, for example with issues concerning children, when different actors criticised Finland, but top officials did not take part in it. However, Veli-Pekka Tynkkynen is certain that “the attack on Fortum makes no sense”.

For Russia it is not very wise to threaten Fortum, that made the project of nuclear power plant “Hanhikivi 1” construction possible – the project that is carried out in Finland by Rosatom.

Article “Miksi Fortum asetettiin Venäjän virallisessa lehdessä kielteiseen valoon? Tutkija: Voidaan nähdä näpäytyksenä Suomelle, kovistelulla on valtion ylimmän johdon hyväksyntä” (Why Fortum was presented in a negative light in the Russian official newspaper? Researcher: It can be seen as a telling Finland to get back in line, and this arm-twisting was approved by the  state’s top management) was published yesterday in Helsingin Sanomat. Read the full article here. Kaleva.fi refered to the HS’s article in its piece titled “Fortum ja Kremlin aito tahto” (Fortum and Kremlin’s true willl), published on 30th of April.

Another article “Fortumin mukaan Venäjällä on menossa lokakampanja – ‘taustalla kaupalliset syyt'” (According to Fortum, there is a smear campaign in Russia – ‘behind are commercial reasons’) was published in Savon Sanomat on 17th of April. Read there an interview with Professor Tynkkynen. This article was also published in Ilkka, Forssan Lehti, Keskisuomalainen and Karjalainen.

“Finland Project Management Roundup” by Jouko Vaskimo was published in PM World Journal. In the report Professor’s Tynkkynen’s comments about the Hanhikivi 1 plant are given:

The plant is expected to generate approximately 10% of Finnish electricity demand.
Rosatom has 34% ownership of the plant, which translates to Rosatom supplying 3% of
Finland’s electricity production according to Veli-Pekka Tynkkynen, professor of
Russian energy politics at University of Helsinki. Professor Tynkkynen argues Russia
may use its ownership of the plant to attempt manipulating Nordic power prices, or use
it to leverage political disputes the same way Russia is already using its gas supply in
disputes with neighboring countries such as Ukraine.

These days, 4th-5th of April, ARKTIKO seminar 2018 is taking place at Lammi biological station, where the experts will be discussing the latest results of their research. The seminar’s theme is economics, including knowledge-based growth. Professor Raimo Väyrynen will give a keynote speech ”Expanding Arctic: Economic and Political Dimensions”.

Professor Tynkkynen will be chairing one of the sessions and will also give a presentation “Knowledge production for sustainable Arctic energy”. More information.

A new article “Pan-Eurasian Experiment (PEEX) Program: An Overview of the First 5 Years in Operation and Future Prospects”, co-authored by Professor Veli-Pekka Tynkkynen, was published in the journal “GEOGRAPHY, ENVIRONMENT, SUSTAINABILITY”.

The Pan-Eurasian Experiment (PEEX) program was initiated as a bottom-up
approach by the researchers coming from Finland and Russia in October 2012. The PEEX
China kick off meeting was held in November 2013. During its five years in operation,
the program has established a governance structure and delivered a science plan for the
Northern Eurasian region. PEEX has also introduced a concept design for a modelling
platform and ground-based in situ observation systems for detecting land-atmosphere
and ocean-atmosphere interactions. Today, PEEX has an extensive researcher’s network
representing research communities coming from the Nordic countries, Russia and China.
PEEX is currently carrying out its research activities on a project basis, but is looking
for more coordinated funding bases, especially in Russia and in China. The near-future
challenge in implementing the PEEX research agenda is to achieve a successful integration
and identification of the methodological approaches of the socio-economic research to
environmental sciences. Here we give insight into these issues and provide an overview
on the main tasks for the upcoming years.

Read a new article, written by the reseracher of our group Hilma Salonen. The article titled “Public justification analysis of Russian renewable energy strategies” was published today in the journal “Polar Geography”.

Hilma Salonen writes in the abstract:

The Russian renewable energy industry has not yet succeeded in breaking through into the domestic market despite its potential, particularly in remote Arctic settlements. This article examines broad issues that influence national policy-makers and provides an analysis of the type of objectives that are emphasized in Russian energy policies. It can be assumed that the priorities behind these objectives have a more stable status than more concrete plans to boost the use of renewables, since they often fail to materialize. In order to discover these priorities, I analyze several relevant policy-making documents with the help of public justification analysis, a method developed to examine public claims made in favor of a certain cause, and the commonly known values that the claim-makers refer to in order to convince others. This paper reveals that Russian energy policy documents tend to emphasize concrete, technical tasks over more abstract, holistic goals. In addition, industrial needs dominate all policies, even those related to socio-economic or environmental issues. I conclude that the tendencies listed above may prevent fundamental structural change in the Russian energy industry, despite the potential of renewable energy, especially in the Arctic regions. 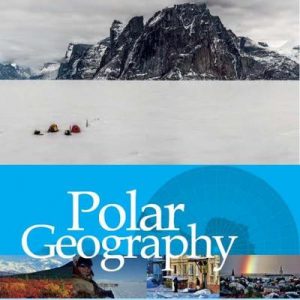