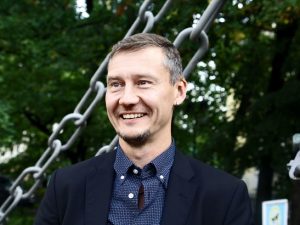 According to the Finnish researcher, Russia’s national identity is built on energy and the army. “Energy is thus a geopolitical tool.”

The price of crude oil has doubled since the bottom-ups of a couple of years ago. It is still lagging behind the peak level of 2011-2014, but the $ 80 barrel price is beginning to be historically at a reasonable level.

In terms of Russian national economy, the rise in oil is a happy thing. Exports from the sale of energy resources are in dollars, and as a result of the heavily devaluated ruble, the oil price per barrel is now the highest ever.

The Russian government, which has been struggling with deficit budgets over the last few years, can respite at least for a while: further debt can now be avoided. The stock prices of oil companies, such as Rosneft and private Lukoil, have also risen.

Associate Professor in Russian Environmental Studies Veli-Pekka Tynkkynen from the Aleksanteri Institute at the University of Helsinki says that the rise in crude oil prices is good news for Russia – at least in the short term.

“A couple of years ago, Russia agreed with the OPEC countries to reduce oil production. The purpose of the measure was to steer up the price trend and to this end, the countries have succeeded,” Tynkkynen estimates.

“The Russian dilemma is that energy exports are the driving force of the economy and on the other hand, the government’s goal is to get rid of energy dependence.”

The full article is available in Finnish online here.

And another news piece was published at Kauppalehti today titled “Suoraa puhetta Aleksanteri-instituutista” (Direct speech from the Aleksanteri Institute). In this article, Martti Kiuru writes:

The real power is concentrated in Russia in the hands of a small elite.