A new special issue “To be at Home. House, Work, and Self in the Modern World” with a contribution from our postdoctoral researcher Alla Bolotova has been published this September. The issue is part of “Work in Global and Historical Perspective” book series published by De Gruyter Oldenbourg. 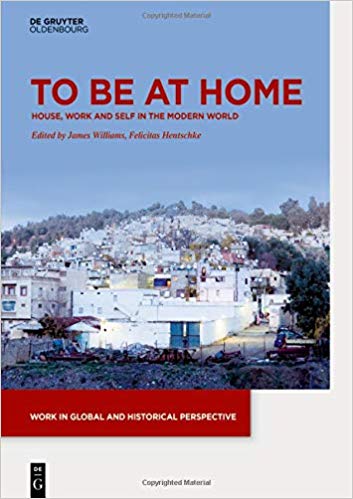 Alla wrote a chapter for the volume titled “Making Home in the Industrialized Russian Arctic”:

Before the Soviet period, the Russian Arctic was scarcely populated, with very few cities. Today, the Russia Arctic is the most industrialized and urbanized polar territory in the world. Numerous industrial towns were built in the Russian Arctic during Soviet industrialization. Their populations comprised voluntarily and forced migrants and their descendants. In this essay, I present the family histories of two women who settled as children in newly established towns in the north. They grew up in very different historical periods. My aim is to look at the history of the towns of Kirovsk and Apatity through the life stories of women from different generations. I explore how these women and their families adapted to new places in different historical and social contexts, paying special attention to the beginnings of their life in the north.

This essay is based on ethnographic fieldwork conducted in the Kirovsk-Apatity urban agglomeration in Murmansk Oblast. Kirovsk and Apatity, fifteen kilometres apart, were founded at different stages of Soviet industrialization. Kirovsk started to grow in the 1930s, at the foothills of the Khibiny mountains. Apatity was established in the 1950s in close proximity to Kirovsk. In 2016, there were 26,971 people living in Kirovsk, and 56,730 in Apatity.

Full text of the article can be accessed here.