Last Friday, on 17th of November, Alla Bolotova participated in the presentation of the results of the project “Интерактивная карта Арктики: Люди и инфраструктура” (Interactive map of Arctic: People and infrastructure) at the 11th Exhibition of the Academic Research Achievements (VDNKh) of the European University at St. Petersburg. Last year EUSP’s Center for Science and Technology Studies, Center for Arctic Social Studies,  and ENERPO Research Centre received Presidential Grant for this project and started working on it in February 2018. Last week the website InterArctic has been launched. Alla and two other anthropologists from the Center for Arctic Social Studies have been working in the project team, which all together consisted of 10 people, and she told more about this work for our blog. 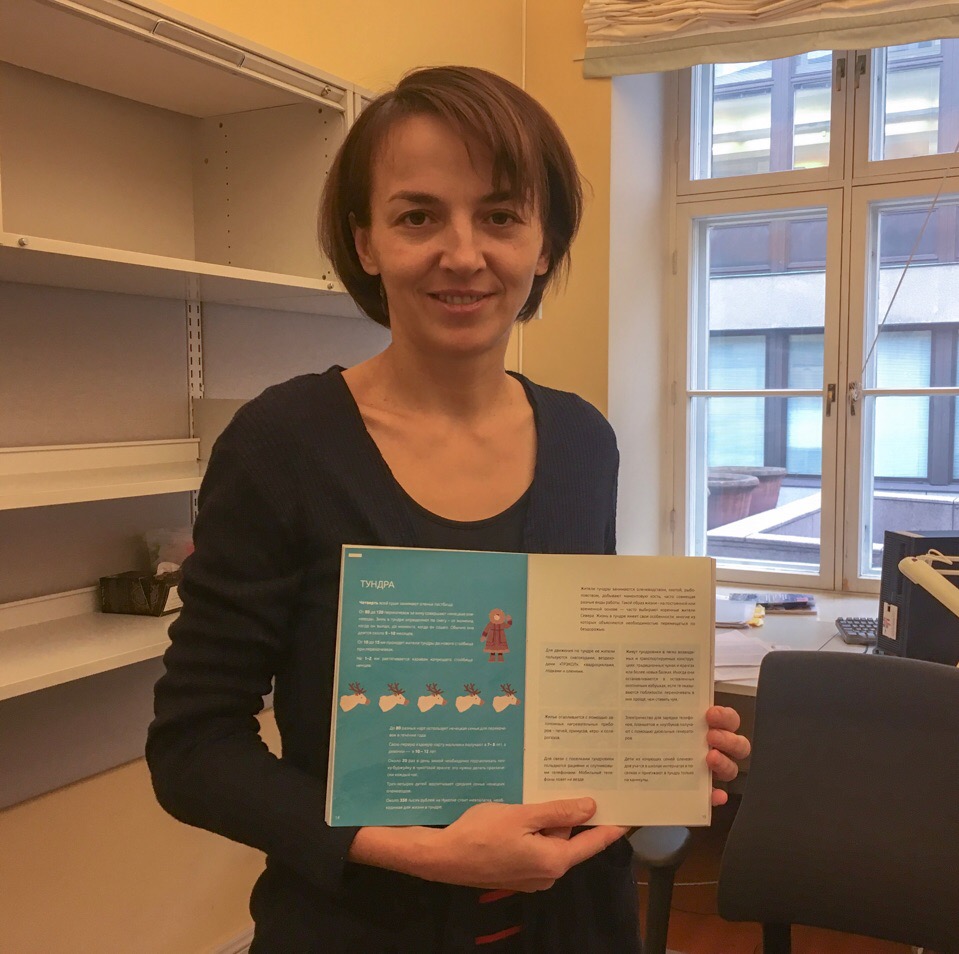 Alla Bolotova has worked in the Center for Arctic Social Studies in 2014-2018 until she has joined our research group this year. She has been involved in the several projects of the Center, for example on the Children of the 1990s in Contemporary Russian Arctic.

Alla especially enjoyed working on this project of creating interactive map of the region, as it was different from the usual researcher’s work. This project was carried out by anthropologists, science and technology researchers, and programmers who all worked together to create an interactive map of Russian Arctic, an educational brochure describing life and infrastructure and the region, and a cartoon. Alla participated in creation of the brochure’s texts and in work on the cartoon, and also took part in the general implementation of the project.

Interactive map of Arctic: People and infrastructure is mainly aimed at school pupils, students of high schools and universities and a wider audience in general. The researchers tried to show that the Russian Arctic is far from being an empty wilderness, as it is often depicted and imagined, in fact, around 2,5 million of people live in Russian Arctic. Outputs of this project demonstrate how people live in the Arctic, showing the diversity of the area.  The map is useful not only for people who live outside of the region, but also for the Arctic population itself. Alla says, that people living in one Arctic region are often unaware of the life of their neighbors. The map is interactive and the brochure is written in a clear way and has a lot of infographics, that makes the audience understand life and infrastructure in the region easier. Additionally, the project, even though it is made in Russian language, can be understood by foreigners who have moderate Russian skills. And the cartoon has also English subtitles.

The cartoon tells a story of an ordinary mixed Russian-indigenous family living in one of Taymyr settlements. The cartoon aims to avoid over-generalized stereotypes about the Arctic and to show that Arctic is inhabited by diverse people. 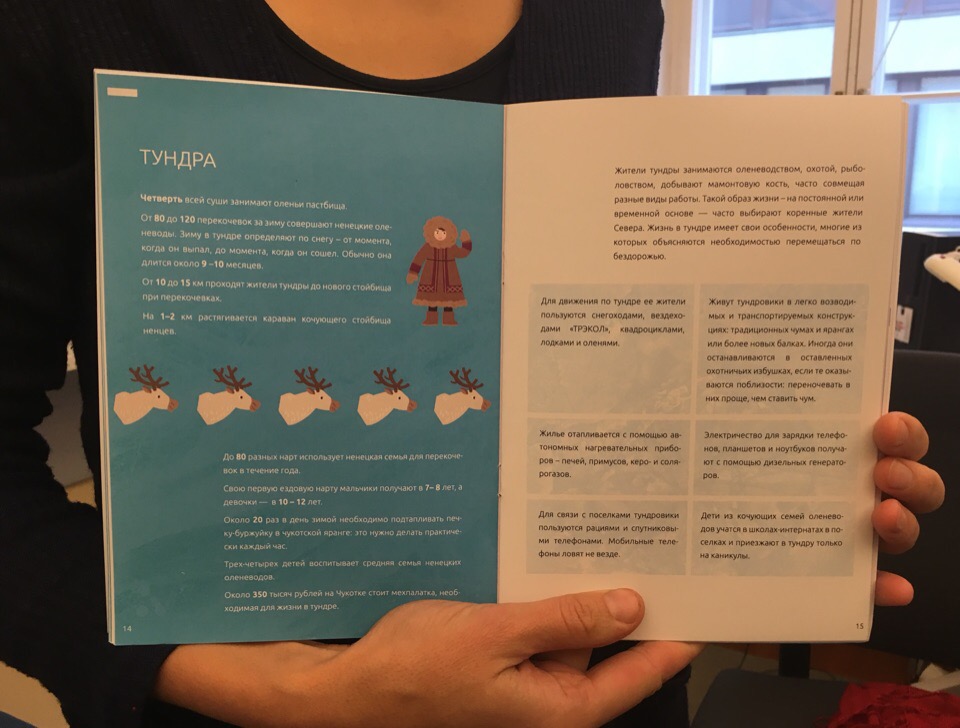 The brochure describes life in the Arctic even better. It shows people’s life in Arctic cities and settlements, interesting facts about it, describes the work of the polar stations, and many other things. Apart from having infographics, the brochure also includes statements by the local population. As an example, here is a perspective of a woman living in Pevek:

When people in the Mainland find out that I am from Chukotka, they start asking if I live in yaranga, ride reindeer, use internet in yaranga. These are all stereotypes from anecdotes. We are simple people, we live in our flats, go to movie theaters and cafes, which we have several in the town. We just have a different rhythm of life that is strange for big city dwellers.

Certainly, this is a very important educational project. It is useful not only for the youth, but also for Arctic researchers, officials, and other stakeholders. We congratulate Alla Bolotova and her colleagues on their successful result!