Our PhD candidate Karoliina Hurri participated in the 25th Conference of the Parties (COP25) held in Madrid 2-15 Dec 2019. She was an observer of the University of Helsinki and focused mainly on following the dynamics between the nations within the high-level events and side events organized by China. Below are her thoughts about the COP25 outcome and next year: 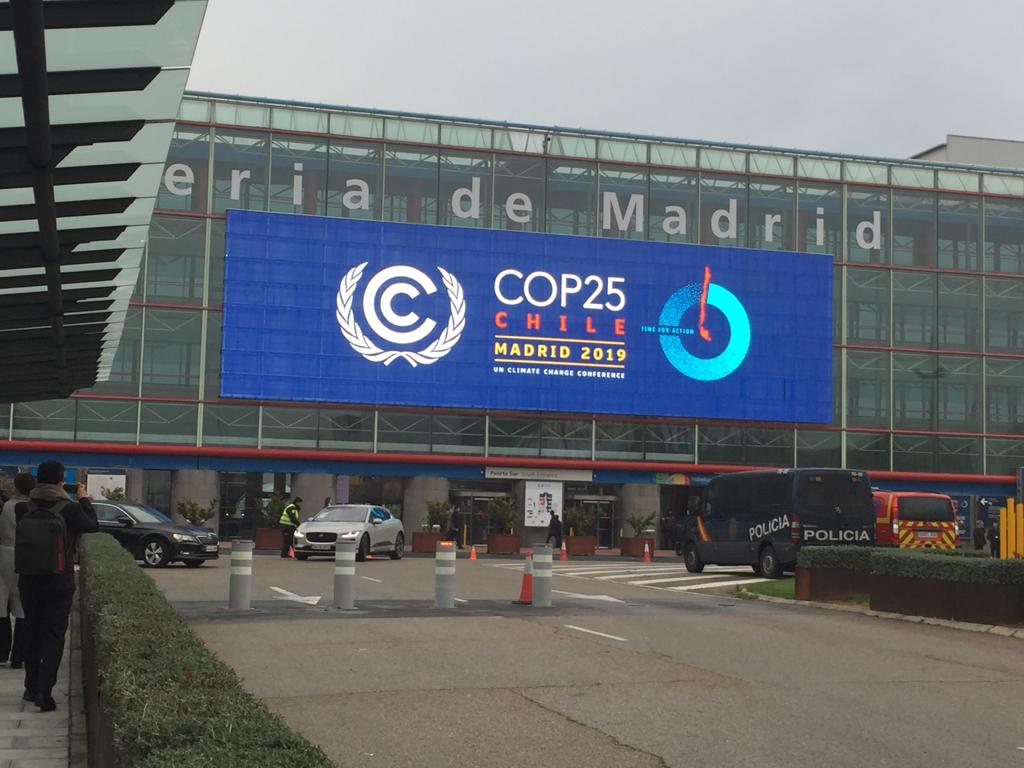 The outcome of COP25 has been defined widely as a disappointment because many of the key issues remained unsolved and were pushed to be decided next year in COP26 in Glasgow, UK. Many had high expectations for the COP and the slogan of the conference #TimeforAction boosted the request to increase the ambition in 2019. However, considering the agenda of the COP25 and the global political situation this weak outcome cannot be described as a surprise: COP25 was a technical mid-term conference. Not a political one, like the next year’s COP26 Glasgow will be.

Since COP24, the climate movement has accelerated: people are becoming more aware of the climate emergency we are facing and the demand for higher climate ambition is growing. Sadly, this urgency was not present in the negotiation rooms among the political leaders of the world. In a comparison to the messages of the IPCC Special Report issued in 2018 and for example to the climate movement led by Greta Thunberg, already the agenda of COP25 revealed the slowness of governments and the UN system to answer to the growing demands of people. Climate emergency is moving faster than the governments.

European Union was the first major emitter who scaled up their climate ambition with the goal of becoming carbon neutral by 2050. In addition, the European Green Deal was presented on Wednesday 11th of December, during the second week of COP25. The Finnish Minister of the Environment and Climate, Krista Mikkonen was hoping the deal to gather responses from other Parties to increase their climate ambition. However, for this purpose and within the context of COP25, the deal came too late. After the presentation of the deal, there were only two official negotiation days left. This was a good example that if you want to lead by example, you must give others time to react.

Next year EU needs to enhance their 2030 target and if EU truly wishes to lead by example, the schedule for presenting the 2030 target should be well thought. Parties are expected to submit their nationally determined contributions (NDCs) by 2020 to communicate about their hopefully more ambitious national climate plans. If EU wants others to follow their example, it should review the 2030 target early enough to give time for the others to respond. If EU has not agreed on the 2030 target well before COP26, it does not have the legitimacy to urge others to submit theirs before the deadline, the end of 2020. 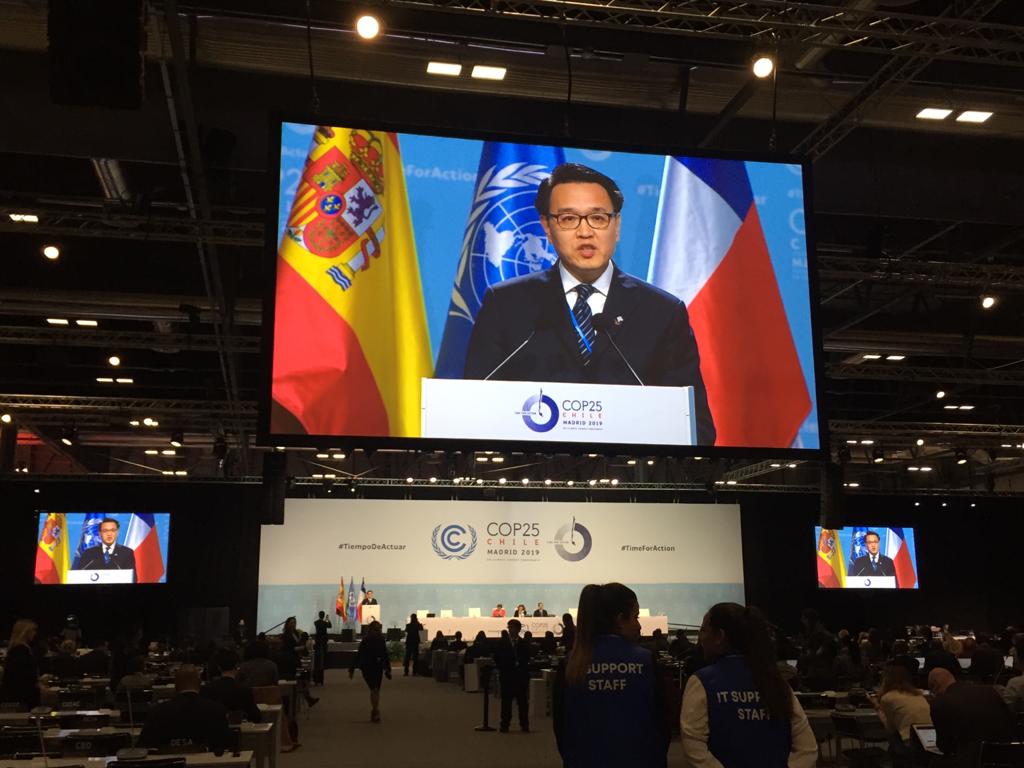 The level of climate ambition by EU is crucial especially for the EU-China summit in September. Paris Agreement was largely formulated by China and the United States. United States withdrawing from the agreement next year increases the need for the EU to step up. China will unlikely strengthen its NDC if both EU and the US are uncertain partners in climate ambition.

In addition to the EU-China summit, for me the hope of next year lies in China’s next five-year plan for 2021-2025. The plan and particularly its energy transition and climate targets are globally significant as China has so much potential to reduce its emissions with renewables. The final plan will most likely be approved in early 2021. In COP25, China’s pavilion hosted a number of events related to the renewable sector and the numbers for example in Solar PV Outlook are impressive: “By 2050, PV will become China’s No.1 power source.” There are many plausible opportunities for China to enhance its NDC in different fields. 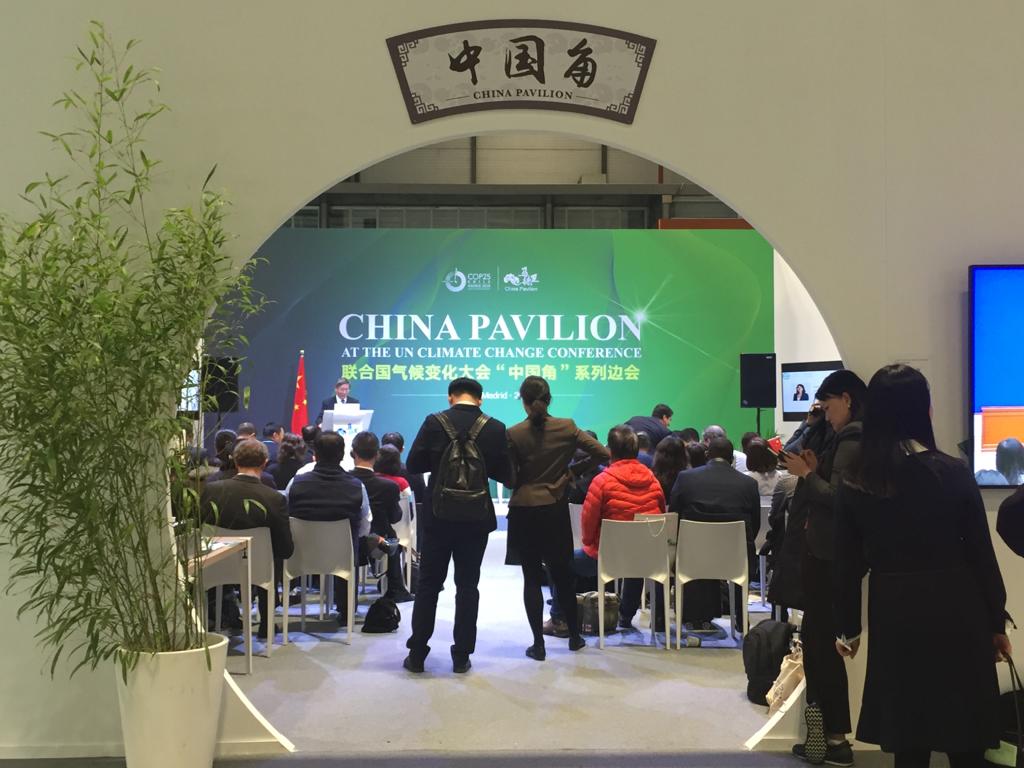 Considering the amount of work left from COP25 to COP26 and the urgency to truly peak the global emissions, next year should be busy. Because of the stiffness of the UNFCCC process, the G7 and the G20 summits could be potential events for finding common ground among the biggest emitters to upgrade their climate action. However, this hope is diminished by the fact that in 2020 G7 meeting is hosted by the United States and G20 by Saudi Arabia. Both of these countries hindered the progress in COP25 together with Australia and Brazil.

COP25 increased my understanding of effective presidency. This year individual countries such as Brazil and Australia had a loud voice. In addition, the negotiations stretching to the longest COP in history increased the inequality among the parties: many delegations from developing countries did not have the possibility to prolong their stay in Madrid. President of COP26 should make sure that all Parties have the equal possibility to participate in the final hours of the negotiations.

The host for COP26 will be the UK and despite the challenges that Brexit might bring, diplomatic skills of the UK are strong. Thus, the expectations for next year’s presidency are high. For example, in 2015 the French diplomacy played an important role in agreeing on the Paris Agreement.

Next year will set the direction whether governments truly wish to reach the 1.5 ˚C path. The path of 1.5 ˚C is not only about decreasing emissions but also about providing assistance for the ones who need it. Here, for example Finland has more to do. The insufficient climate funding from developed countries and the lack of agreed methodology to calculate the level of financing was visible in COP25 as a decreased trust among the Parties. Developing countries find it difficult to enhance their NDCs next year if they cannot rely on the promises they have been given earlier about the access and amount of funding.

Last year, after COP24 I thought that 2019 would be the year of ambition. After COP25, it is clear that it still was not #TimeforAction. I hope that after COP26 my expectations will not be postponed similarly to the following year but 2020 would prove out to be the year of ambition. For this, 2020 should bring along enhanced NDCs, ambitious long-term strategies, more financial pledges from the developed countries and a COP where urgency is better acknowledged also inside the negotiation rooms.