In this entry, we publish the other best post, submitted by the participants of the “Contemporary Environmental Issues in the Russian Arctic” course. This poem is written by Vilma Ristikangas, a student at the European and Nordic Studies Master’s programme. 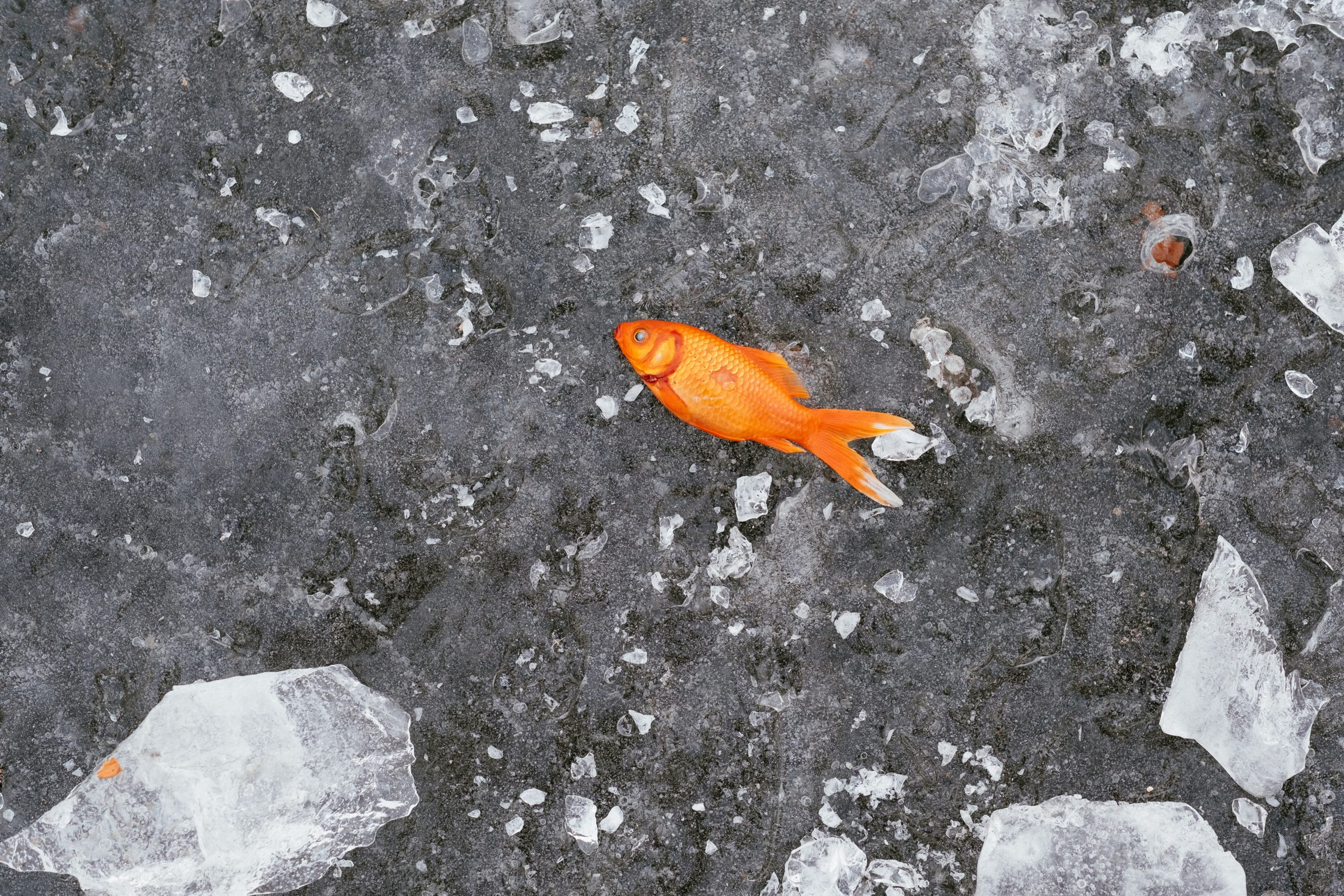 The Tale of the Human Demand and the Fish

There was a small house on a small hill near a lake, located in the Russian North.
The river streamed through villages and woods, and to the Arctic Sea and so forth.

The lake hadn’t seen ice in decades, but its surface reflected a power plant and a mine.
Its murky bottom hid the most terrible secrets and prevented the water to shine.

In this house, where an old couple used to live, now lived their grandson with his wife.
Following the family’s footsteps in the industry, they wanted to raise money for their future life.

While the wife was working at the power plant, the husband took their boat to the lake.
He threw in a fish rod a few times, until something strong bit the bait.

Pulling the rod vigorously, he struggled, and fell to the bottom of the boat with the fish.
Opening his eyes he couldn’t believe: his golden catch told him to let it go and make a wish.

The fish’s five eyes and three fins moved anxiously, it gasped air and hurried the man up.
Instead of eating this weird creature he asked:
“Make me the boss of the power plant and this place an industrial hub!”

In a moment the man was at the shore, looking at his new house so big that the hill looked smaller.
Nearby rose a town around the lake with a harbour, chemical manufacturer, and a huge sawmill.

The power plant boss was taking it easy with his job, but the wife wanted something good, too.
She set sail to the darkening, muddy lake and tried to see where a golden fin would shine through.

The fish ended up to the boat again, now blinking its seven eyes and flapping its four tails.
Before making its speech about the wishes, the wife demanded her own claims:

“I wish we had even a bigger, newer house, and I want to lead the harbour and the mine,
but we need more resources here, so will you transport us more stuff, so we will survive?”

Queues of trucks and lorries grew from day to day, and the couples huge house kept sinking lower.
While the river carried the gloomy water further, the spouses thought they had all the world’s power!

The winter thought of coming, but it never did, instead it sent half a year of darkness and rain.
Without the snowy problem ahead of themselves, the industries grew on to the nearby terrain.

The weather got even warmer and the rain washed everything (also Igor’s car) to the bubbly river.
The lands were exposed, nothing grew anymore, and the profits from the businesses grew thinner.

The husband rowed the boat in the thickening water, while the wife tried to catch the golden one.
“Lucky we know about this magic fish; we can wish that these problems never begun.”

Ten eyes stared at them from below, and the fish jumped on the boat on his own.
“It is easier to breathe up here! In this lake phosphorus, nitrogen and nutrients have overgrown.”

“We want to make a wish!” yelled the man in the biting rain, blinded by the golden scales.
“Our achievements are collapsing, and we need more time, help us before our livelihood fails!”

The lake bubbled ominously, and dust in the air and waste on the ground formed a tornado.
The fish jumped to the water before everything was overcast by an all-absorbing shadow.

The wife and the husband found themselves next to their home, but the hill was not there anymore.
Their house had sunk to a weird, wet pit, and there was no sight of industry on the opposing shore.

The couple lost it all but gained everything back, as now the water reflected the sun and the lands.
They took their boat and floated away to the sea. For the nature they no longer had other demands.