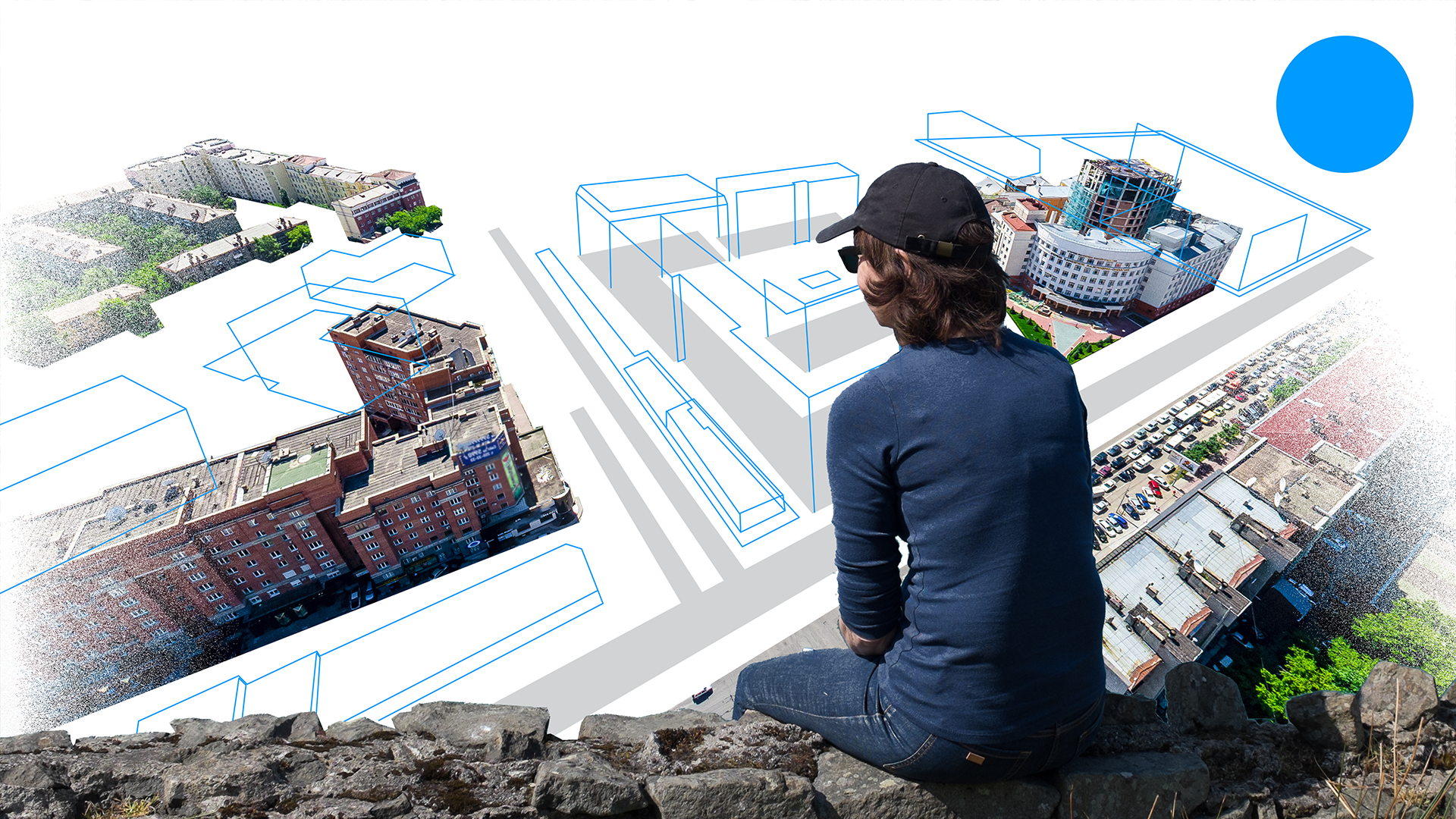 The Sustainability course preview version has been opened. It is also possible to log in the course area as a guest and no registration is needed (click “Log in as a guest”/ “Kirjaudu vierailijana”).

The Sustainability course includes two compulsory modules, which introduce the sustainability as a concept, the complex nature of sustainability problems and possible solutions for sustainability challenges. After these students can choose which of the six thematic modules they want to study more in depth. The options are: A: Global environmental commons, B: Human well-being and capabilities, C: Sustainable and just economies, D: Sustainable food systems and healthy nutrition, E: Climate change and just energy transitions, and F: Urban and peri-urban development. Course also includes a sustainability themed project assignment, which will be completed in multidisciplinary student groups. 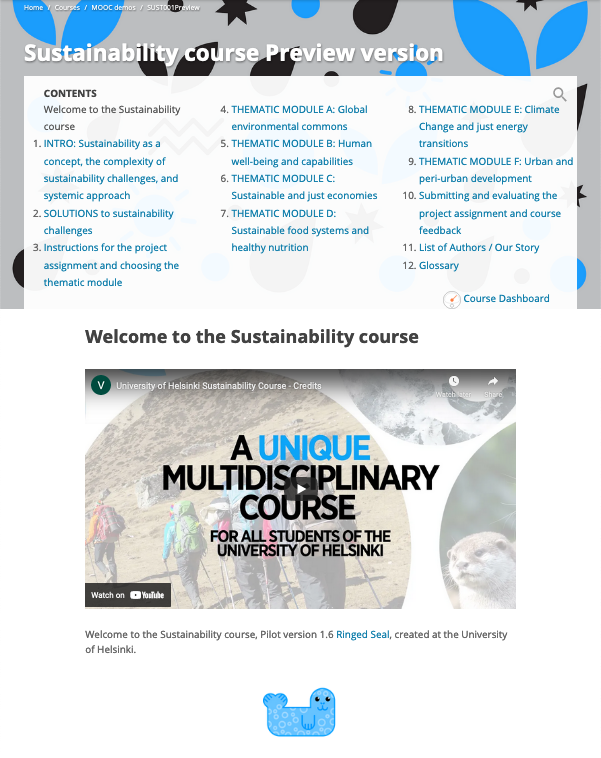 The course administration can not register credits for the course preview version and some of the assignments are not available. However, it is possible to read the course materials, watch the videos and try quizzes and optional assignments. Next time, the Sustainability Course will be organized for students at the University of Helsinki in the autumn of 2021 in period 2.

The first pilot of the course was organized in the spring of 2021 and was well received. About 80 percent of participants were satisfied with the first version of the course and would recommend it to others. Student feedback is currently being analyzed and will be used to further develop the course. The course material will also be translated into Finnish, Swedish and English.

The University of Helsinki opened a pilot version of a new multidisciplinary sustainability course in the fourth period. In the course students learned about the complexity and multidisciplinarity of sustainability issues and got tools to understand their role as an individual and an expert in the field to answer these challenges. 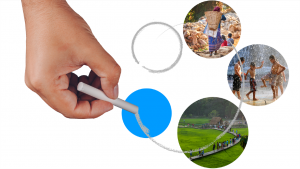 Students were also participating in multidisciplinary teams to solve sustainability challenges on a topic of their own choosing. We interviewed two groups about their course experience.

-It is really challenging and even uncomfortable to notice your own routine-like behaviors and mind obstacles. I found it really useful that the course also gave  an opportunity for my own  personal reflection, Kohonen says.

The group of Kohonen and Kivelä presented an idea of bringing up worm compost to kindergartens. The compost would provide an opportunity to use the produced food waste already at site in front of kids, and to produce soil amendment for own small scale vegetable garden. Through play, children would learn to think about biowaste as an important resource, understand the cycle of nature,  and become pioneers of circular economy.

-For children, worms are interesting creatures and earthworm composting is an ideal way to give environmental education. It is easy to implement and gives a lot of fun opportunities to adapt new skills and knowledge, the team summarizes their idea.

Kohonen and Kivelä conclude that  their group work process was successful, despite the challenges posed by working remotely.  The group chose their topic collective, by combining the areas of expertise and interests of all team members. They also felt that the team members completed one another, which enabled everyone to bring their own expertise and skills to the project. 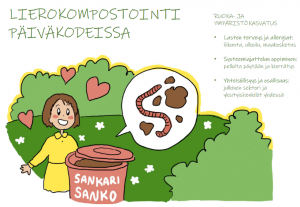 Anniina Hämäläinen, Oona Koskenvesa, Anna Ahdekivi and Mari Kolkki came to the sustainability course to learn more about the questions surrounding sustainability and to gain a broader understanding of the theme that goes beyond what they have learned in the courses of their degree majors. They found the course interesting also because of its interdisciplinarity and the opportunity it provided to work together with students from various fields.

When choosing the topic for their group work, they wanted to turn the idea of ​​climate change sufferers on its head. Thus, they asked an opposing question: who are the beneficiaries of climate change? The answer for them was – well of course invasive species.

The group told that their group work was very effective. Their diverse backgrounds brought very different knowledge and expertise the work, which was integral for coming up with a solution to the challenge.

The next pilot will open for students in the fall

In the course feedback, around 80 % of the students were completely or mostly satisfied to the course, and about 77 % would recommend it for others as well. Students also gave a lot of development ideas, which will be  used to improve the course material. In addition, few completely new study modules are now opened in the course’s MOOC  area.

Several amazing elevator pitches were also produced  by students as a part of their groupwork. Watch a video by Jenna Kuivalainen, Pinja Jääskeläinen, Meri Konttila and Emma Tuomisto about the ways to solve the biodiversity crisis in Finnish forests. Video is in Finnish.

Sustainability course will be organized next time in the autumn 2021 period 2.

University of Helsinki is developing a multidisciplinary sustainability course for all of its students. A pilot version of the course was introduced in spring 2021 and it will return in November 2021.  Follow and hear more about the ongoing development process in this blog! 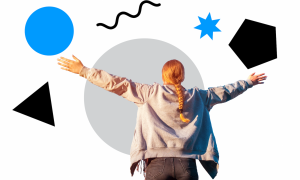