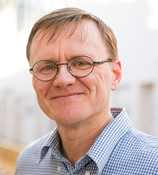 In February 2017, a book titled “Arctic Law and Governance: The Role of China and Finland” was published as a result of the project. The book compares Finnish and Chinese legal and policy stances in specific policy areas of relevance for the Arctic, including maritime sovereignty, scientific research, marine protected areas, the Svalbard Treaty and Arctic Council co-operation. The book offers general conclusions on Finnish and Chinese approaches to Arctic governance and international law, as well as new theoretical insights on Arctic governance.

Timo Koivurova, the Principal Investigator for the project, is a Research Professor and the Director of the Arctic Centre of University of Lapland, Finland. Mr. Koivurova has specialized in various aspects of international law applicable in the Arctic and Antarctic region. His research work addresses the interplay between different levels of environmental law, legal status of indigenous peoples, law of the sea in the Arctic waters, integrated maritime policy in the EU, the role of law in mitigating/adapting to climate change, the function and role of the Arctic Council in view of its future challenges and the possibilities for an Arctic treaty. He has been involved as an expert in several international processes globally and in the Arctic region and has published on the above-mentioned topics extensively. This newly-published book adds one more to the list. We had a privilege to interview Mr. Koivurova about the highlights and main findings of the project.

What got you interested in comparative research between Finland and China?

China was accepted as an observer to the predominant inter-governmental forum in the Arctic, the Arctic Council, in Kiruna ministerial meeting in 2013. The group of researchers from Finland and China became interested in studying how Finland’s (also EU’s as Finland is a member state of the European Union) and China’s policy and legal stances differ. Both Finland and China are countries that do not have a coastline to the Arctic Ocean and both China and EU are now acting as observers to the Arctic Council, even if the EU’s formal observer status has not yet been finally accepted. Moreover, as China has not produced a policy statement outlining its Arctic policy, it is highly relevant to look at the Chinese approach to international issues of central importance for the Arctic. That includes fishing in high seas, challenges of biodiversity outside of national jurisdiction, relations with indigenous peoples globally or the questions of the freedom of navigation in and the status of Arctic passages. China may have not declared its approach to such issues specifically as regards the Arctic, but it has produced statements and actions that allow us to understand country’s general approach. The comparison of Chinese approaches with those of a long-term Arctic player (and the one who initiated Arctic cooperation at the end of the 1980s), allows to capture the similarities and differences, and especially areas where China could be at odds with positions taken by Arctic states. Finland – not being an Arctic Ocean coastal state – is here a good benchmark.

What are the main conclusions of your research?

First of all, China, even if many have feared to the contrary, has been and continues to act in a responsible manner in the Arctic. China has in fact tried to keep a low profile, accepting the primary role of Arctic states in the region. Chinese relations with Russia are particularly strong as regards the Arctic. In the Arctic, international law and international rules in fact strengthen China’s position, providing access and rights that could not be achievable (at least presently) via power politics measures.

Authors see a possibility for China to be a stronger actor in the Arctic, first, by building internal capacity as regards knowledge on the Arctic issues and Arctic cooperation, second, by strengthening bilateral ties with Arctic states, third, by becoming more active in the working groups of the Arctic Council, where most of the forum’s activity takes place (that requires expertise and resources), and fourth, by formulating a better defined Arctic strategy. Furthermore, as coastal states may limit access of Chinese scientists to areas under national jurisdiction (or states’ sovereign rights), China should facilitate its research interests by becoming active participant in the organizations for research cooperation. So far, China’s activity in the expert work within the Arctic Council has been rather limited. Also Chinese engagement with Arctic indigenous peoples was generally incidental.

China, while a global great power, is not a principle actor in the Arctic region specifically. At the same time, actors like Finland play above (and more than) their global weight in Arctic governance. As a consequence, a variety of Arctic-focused cooperative linkages have been established between small Nordic states and the global great power. China and Finland appear in fact to share a number of perspectives on Arctic affairs, despite asymmetry in country’s positions and different pathways to their interests in the Arctic region and Arctic cooperation. That includes interest in Arctic economic development, consequences of climate change in the Arctic, as well as countries’ Arctic expertise. In terms of political rhetoric, the discourses on economic possibilities and environmental vulnerability are visible in both countries. In turn, China and EU (and Finland) may diverge on the conservation of marine biodiversity in Arctic high seas.

Did you come across something unexpected during the research process?

It was interesting that we were able to discuss very openly how differently social sciences are practiced in China and in Finland. In Finland, researchers many times start from a neutral viewpoint as to how their own country has taken action, and freely criticize the country for its conduct from various viewpoints, whereas in China social sciences and legal studies explore opportunities for the country to advance its policy and legal stance.

Overall, Chinese international positions of relevance to the Arctic have proven to be generally uncontroversial and within the mainstream of what is observed in the international community at large. That may be a surprise for those expecting Chinese expansionism to be visible in the Arctic context.

How do you feel now that the project is over? Or is it?

The co-operation continues with various research institutes in China and Finland, for instance via the China-Nordic Arctic Research Centre, to which the Arctic Centre was one of the founding members. In addition, the co-operation with our colleagues in Wuhan University continues. Our research group in Rovaniemi certainly acquired much better understanding of the Chinese ideas about the Arctic and its significance for Arctic governances.

What will your next research topic be? Will you continue comparative research between China and Finland?

Yes, the work continues also in that respect. We are currently interested for instance in the Chinese-Russian political and economic relations as regards the Arctic. 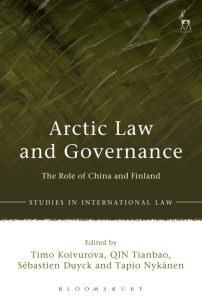 The newly released book, co-edited by Mr. Koivurova, is available for purchase on the publisher’s website.