University of Helsinki, Faculty of Law, hosted the book launch of “Rule of Law and Sustainable Development” by Dr Pekka Hallberg, Emeritus President of the Supreme Administrative Court of Finland and the founder of Rule of Law Finland (ROLFI), on April 25, 2017. The author introduced the basic ideas in his book, after which Post-Doctoral Researcher Guilherme Vasconcelos Vilaça, University of Helsinki, and Visiting Researcher Dr Du Junqiang, Xi’an Jiaotong University School of Law, followed with comments and posed questions to the author. 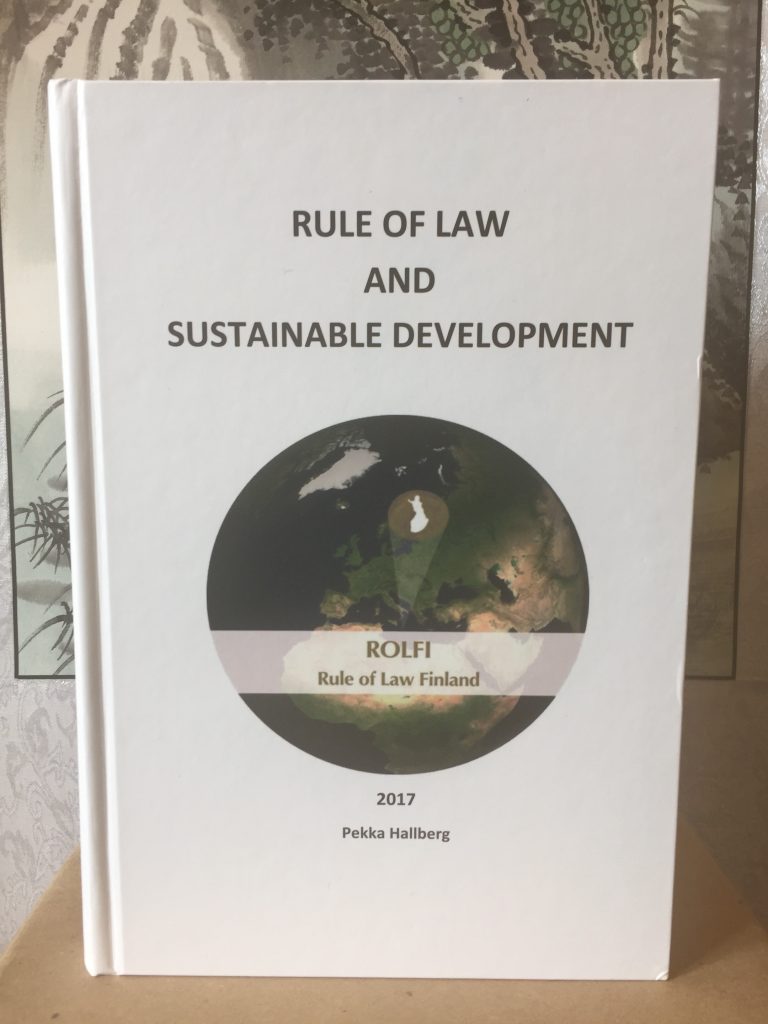 Dr Hallberg introduced a metaphor that he uses to study and observe the development of rule of law, “a house built on solid ground”, and the four dimensional analytical model developed by ROLFI. The model examines the four pillars of the house: legality, separation of powers, rights and obligations of citizens, and functionality of the house. Dr Hallberg introduced each aspect separately, and described how each could be used to observe the development of legality within a country. Each aspect is needed to build a solid foundation for the rule of law within a society. Yet, these factors often develop at different paces and in different order in different countries, depending on their history and cultural roots.

During the commentary that followed Dr Hallberg’s introduction, Dr Vilaça posed an interesting question on the implementation of rule of law. A state’s leadership might have a strategy incorporating all four pillars of the “house” for the implementation of rule of law, the implementation stage might still fail. Finland has a good reputation for its institutions and the development of rule of law – is there something to be learned? Dr Hallberg sees the strength of the Finnish system arising from its bottom-up development and a strong Constitution. The roots of such political organization go back to rise of local communities and self-governing villages in the pre-historic period. Law was perceived as equally binding on authorities as well as on normal citizens. During Finland’s period of autonomy as the Grand Duchy of the Russian Empire (1809-1917), a strong Constitution was developed to guard the basic civil and political rights of Finnish citizens, and was implemented soon after Finland gained independence. A bottom-up approach and a strong constitution remain the basis of the Finnish society and legal culture to this day. However, Dr Hallberg also remarked that all countries have their own, different paths of development that should be respected. 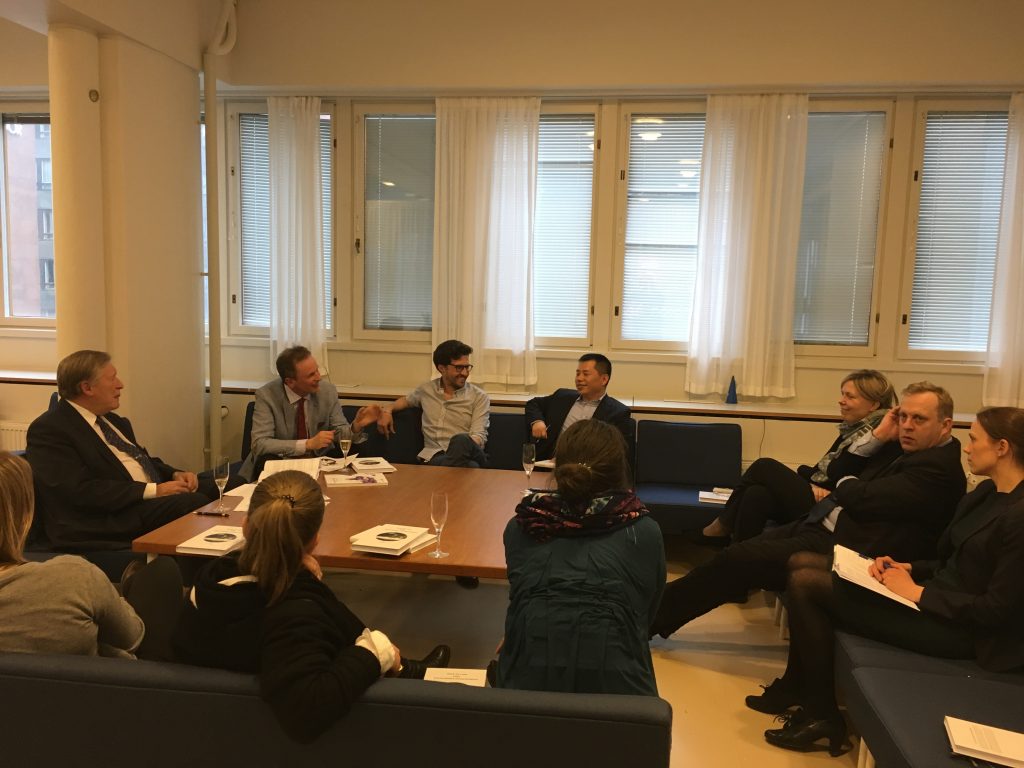 Dr Du’s commentary brought a China-perspective into the discussion. Dr Du emphasized the cultural differences between Finland and China, including the distinct political frameworks. As opposed to the Finnish bottom-up approach, Chinese policy is often guided in a top-down manner. China’s legal and political structures have been deeply influenced by Confucianism and Legalism, the two main schools of philosophy in traditional China, the former of which is based on hierarchical relationships within a family and on one’s place in the social hierarchy. The basic concepts continue to have an influence in modern China, despite enormous changes and transformations in the Chinese society within the past hundred years. Dr Hallberg agreed on the importance of culture and history in analyzing the foundations of legal development, an aspect which he also brings out in his book. Also China’s case is unique: an enormous country with a huge population, whose economy has developed rapidly after the reform and opening up policy was initiated in the late 1970s. The Chinese leadership has since also embarked to establish a rule of law society on its own terms. The gradual incorporation of private ownership, business, human rights and the rule of law into the Chinese Constitution, as well as state policies aimed at strengthening legal frameworks within the country, have been major steps to drive the process forward.

The discussion was followed by more intriguing questions from the audience. Dr Hallberg’s work is a unique piece that compares the development of the rule of law in different parts of the world. The book is built on Dr Hallberg’s first-hand experiences on rule of law projects and his visits to a large number of countries, both developed and developing. It provides cases that elaborate on the differences of the justice system within each country, as well as the basic characteristics – the norms, separation of powers, the status of citizens and the functionality of the system – that set the basis for analyzing the judicial foundation of each individual society.

Pekka Hallberg, LL. D. and D. Soc. Sc., is Emeritus President of the Supreme Administrative Court of Finland. He has a wide range of experiences in the field: he has performed law-drafting duties at the Ministry of Justice, worked as a researcher, judge and a university professor in administrative law. He is the author of 23 books and 106 original titles, of which many have been published in several languages. His international experience includes being a board member of the Association of the Councils of State Supreme Administrative Jurisdiction of the European Union (ACA, of which he was president during 2000-2002), and a board member of the International Association of Supreme Administrative Jurisdictions (IASAJ/AIHJA) during 1983-2012. He has actively participated in international judicial cooperation by leading the ROLFI, a research unit connected with a network of legal professionals both at a national and international level.