Director of the Institute of Rule of Law and Human Rights at Shanghai Normal University, College of Philosophy, Law and Political Sciences, Professor Liu Zuoxiang held a lecture on “Chinese Structure of Social Order in a Period of Transformation” at the Finnish China Law Center on May 17, 2017. The lecture was followed by questions and comments by the discussants Guilherme Vasconcelos Vilaca, Postdoctoral Researcher at the Erik Castrén Institute, University of Helsinki, and Kangle Zhang, Research Fellow at the Erik Castrén Institute, University of Helsinki, who also worked as a translator during the lecture and discussion. After the lecture and initial comments, the audience posed questions and comments and engaged in a lively discussion.

In his lecture, Prof. Liu introduced the traditional social order that has developed in China and compared it to the contemporary one. The traditional Chinese social order was based on the “rule of Li” as opposed to the “rule of law” that exists in the contemporary society. Prof. Fei Xiaotong, a scholar on Chinese social order in the 1940s, described “Li” as a “generally acknowledged and harmonious pattern of behaviour”. The “rule of Li order”, therefore, is one based on traditions and commonly accepted norms, which are not enforced in a top-down manner but by the society itself. Citizens obey the accumulated traditions and social norms out of respect towards the society and to cultivate their moral character and self-constraint. In contrast, a “rule of law order” is maintained by political and state power and is enforced by rules and punishments.

The traditional patriarchal and clan system in China’s rural areas functioned as a source of normative control and unifying force within the community. The clan system was efficient at dealing with issues related to relationships within the clan, in matters related to marriage, property, funerals and the like, and acted as a supportive system to the official state order. However, as the example of Nancun village in Guangdong province demonstrates, patriarchal formations began to break down as a result of rural reforms and the elimination of landlords after 1949. During the second wave of reforms in 1979, state control became more lenient. Some forms of nongovernmental organization re-emerged, but failed to achieve their former authoritative position. Economic conditions improved, the village underwent urbanization, and incentives for social grassroots organization independent of state administration decreased. 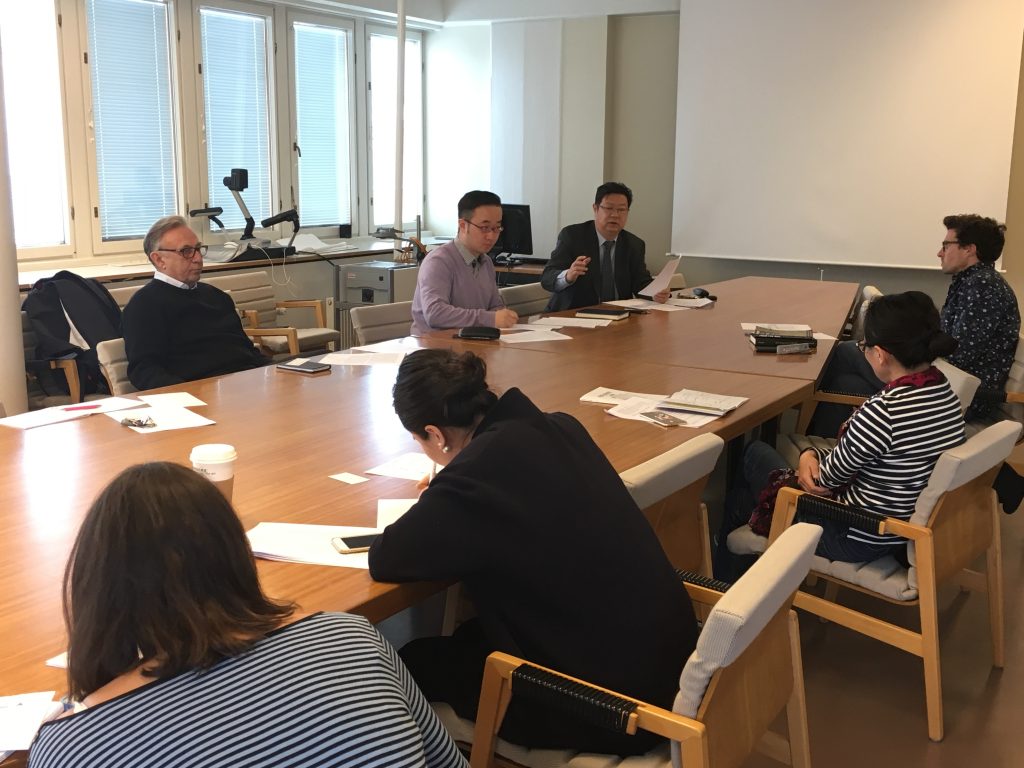 Professor Liu Zuoxiang is the Director of the Institute of Rule of Law and Human Rights, Shanghai Normal University, College of Philosophy, Law and Political Sciences. He is also the Vice director of Jurisprudence Institute of Chinese Law Society; Member of branch of Chinese IVR.