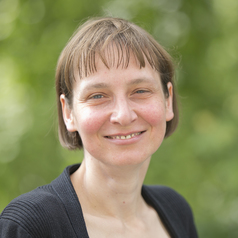 On 15 June 2022, Professor Eva Pils from King’s College London delivered a guest lecture on the topic of “China’s challenge to international human rights law: a case of synergic corrosion”.

The lecture commenced with the case of Cao Shunli (1962-2014), a Chinese human rights activist arrested by Beijing in 2013 and subsequently died in a military hospital. Another incident mentioned in the prologue is the recent visit to China of Michelle Bachelet, UN High Commissioner for Human Rights, who was then criticized for failing to speak for Uyghurs in Xinjiang. The two cases shown that, while UN principles were still referred to as international standards by domestic human right advocate, China is yielding increasing influence on international human rights law domestically and via international organizations.

Professor Pils presented China’s challenges to human rights law in five aspects. She first pointed out that the human rights violations of China within its borders have transnational impacts. Examples include the prevention of Cao Shunli and suppressed Xinjiang Uyghurs from reaching international audience, and also the suspected export of forced labour to other countries.

The second challenge concerns the suppression of facts by intimidation and ‘drowning out’ of criticism. The suppressive actions by China were not only domestic but also extended to affect international researchers working on the Xinjiang issue (e.g. Zenz, Smith Finley, Jerden). China’s denials of human rights violations, avoidance of international accountability mechanisms, and soliciting support from other countries exemplified the international challenge.

At the global level, China is propagating its system as liberal and democratic to propose an alternative governance model in Chinese style, giving rise to the fourth challenge. Xi Jinping suggested the idea of ‘shared future for mankind’ and that the world should be ruled by “Ritual propriety” in substitution of the existing universal human right principles.

The fifth challenge is external to China. The withdrawal of populist or nationalistic state actors from international law institutions posed threats to the binding force of international law and legal norms. For instance, the US quitting UN Human Rights Council, UNRWA, WHO was a sign turning against legal institutions.

After conceptualising the synergic corrosive effects among China and other would-be autocrats in liberal democracies, Professor Pils concluded that we need to reaffirm human rights indivisibility and buttress civil and political rights to defend international human rights law.

This blog post was written by the Center’s intern, Lam Kam To Kuinton.