Dean, Professor Shen Wei from Shandong University Law School held a lecture titled “Entanglement between Judicial Centralization and Local Protectionism in China: the Case of Arbitral Awards Enforcement” at the Finnish China Law Center on May 23, 2017. During his presentation, Prof. Shen presented empirical data on the internal reporting system in Chinese courts, and whether the system has been effective at tackling local protectionism and discrimination against foreign parties. 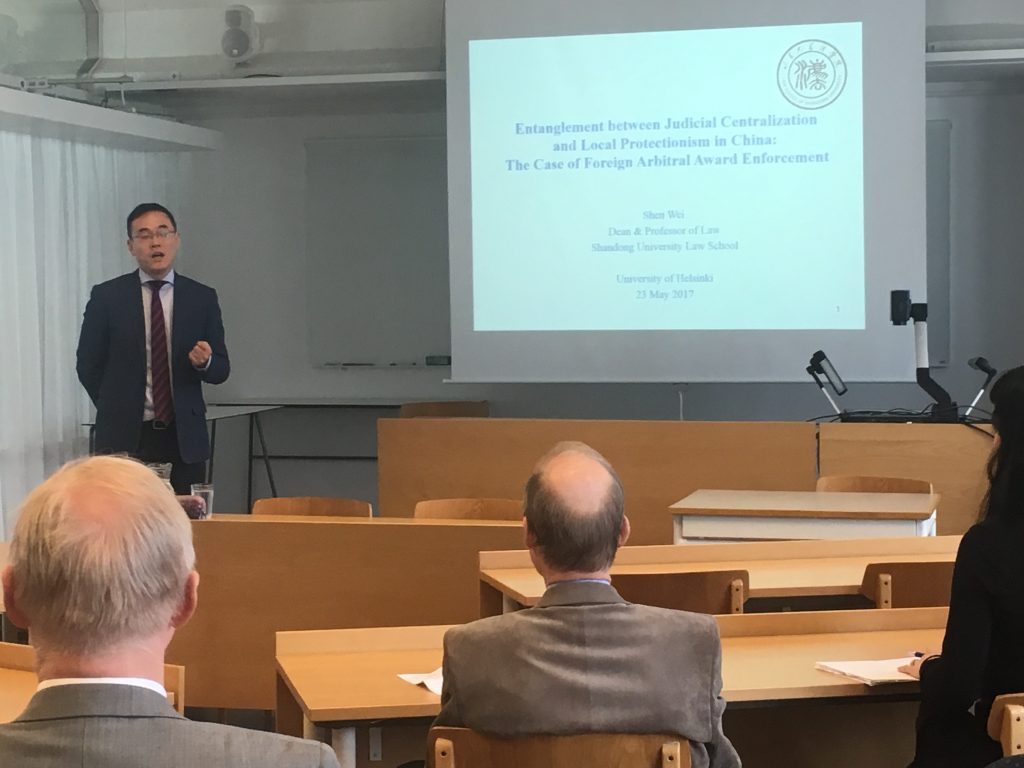 Data published in 2015 by the research institute working under the Supreme Court shows that of the 98 cases involving at least one foreign or foreign-related party that have been reported during twenty years of the system’s existence, only 39 cases have not been enforced after the case had been reviewed by the Supreme Court. Of these 98 cases, 20 were initiated by domestic parties while 78 were initiated by foreign parties. 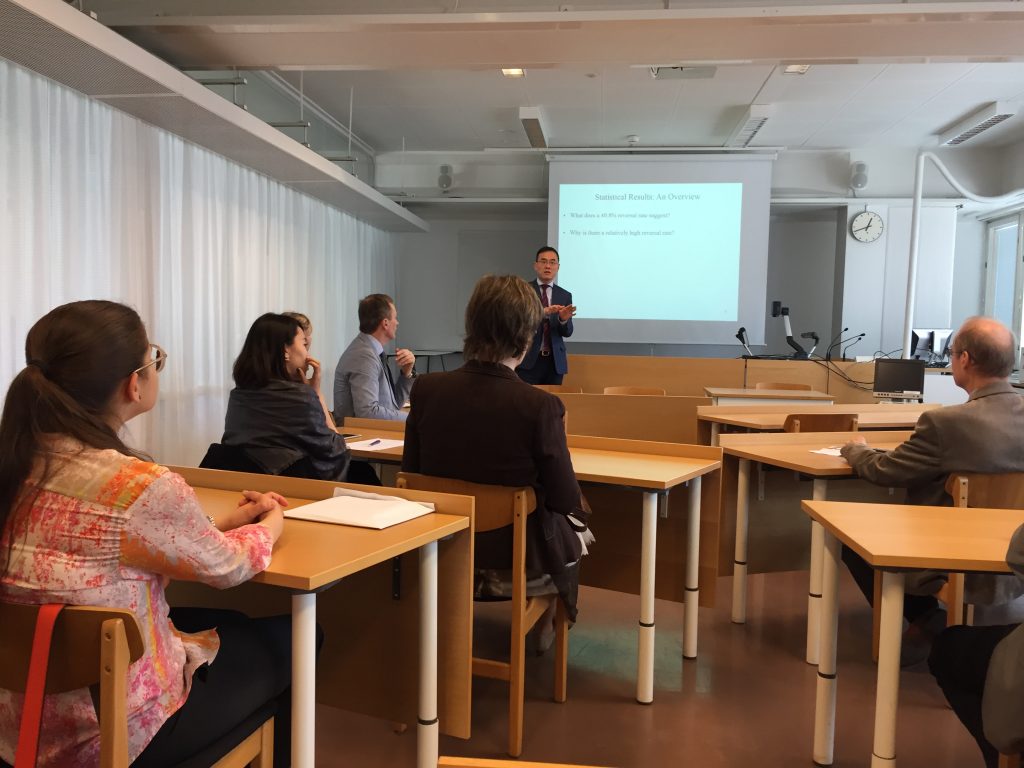 The fact that most of the cases are initiated by a foreign party indicates that foreigners are more likely to rely on the internal reporting system to receive a just outcome, whereas local courts are more likely to enforce the claims of domestic claimers. However, the rate of reversed outcomes by the Supreme Court is same both for foreign and domestic initiated cases. Prof. Shen’s analysis also indicates that protectionism is more likely to occur in economically less developed areas, whereas local courts in more economically developed regions have accumulated experience and are less likely to favour local parties.

Overall, China’s centralized arbitration awards enforcement system is a foreign-friendly mechanism. The centralization of decision-making to the Supreme Courts through the internal reporting system has been effective to combat local protectionism and is favourable towards foreign investment. However, transparency still lacks in reporting on purely domestic cases, as cases involving purely domestic arbitrary awards enforcement are not reported to the Supreme Court.