On 22 November 2021, the Finnish China Law Center held an online mini seminar on the topic of “Recent developments in Chinese Labor Law”. The event was part of the Center’s new mini seminar series on topic issues of Chinese law. The seminar was chaired by Ulla Liukkunen, Professor of Labour Law and Private International Law at the University of Helsinki and the Director of the Finnish China Law Center. 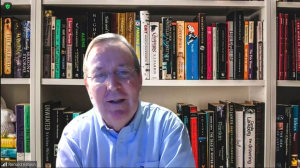 The seminar began with a presentation by Ronald Brown, Law Professor at the University of Hawai’i Law School on “Potpourri: Offshore Views of China’s Labor Laws and Practices”. Domestically, Professor Brown explained how labour laws in China are good on paper, however, are a work in progress, since there are significant inconsistencies in labour practices and enforcement. From the offshore perspective, he discussed the impact of domestic labour law on trade and investments. As an example, he noted how domestic Chinese labour practices can have cross-border impacts where they are carried to third countries through investments such as the Belt and Road Initiative. 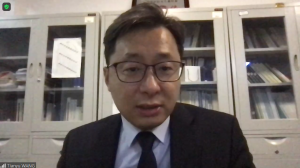 The second presentation was held by Tianyu Wang, Associate Director of the Social Law Department of the Institute of Law, Chinese Academy of Social Sciences, on the topic “The internet platform labour law in China: The Rise, Controversy, and Policy Trends”. He noted that internet service platforms offer vast new opportunities in jobs and careers in China and introduced the four different organizational platforms in China. Professor Wang outlined the new legal challenges that the rise of platform work presents in labour law. Notably, the Chinese courts are faced with the difficulty in differentiating the type of relationships between platform workers and platforms as employers. He observed that in cases, the Chinese courts often rule that this relationship is a civil one rather than a labour relationship subsequently ignoring the control that platforms have over the workers. 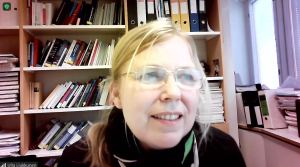 The third presentation was held by Professor Ulla Likkunen on “Decent Work and SDG 8 – Observations of Chinese Approach”. Professor Liukkunen discussed how SDG 8, Decent Work and Economic Growth can add value to labour law since it is directly connected with the work of the ILO Decent Work Agenda, which reaffirms the objective of social justice. She discussed how China has developed the decent work programme by efforts related to increasing the quantity and quality of employment, promoting and extending social protection in the workplace and strengthening the rule of law and realization of fundamental principles and rights at work. She noted how work still needs to be done to implement decent work in China. Importantly, although China has not ratified all ILO fundamental conventions, all member states of the ILO including China should respect, realize and promote the ILO declaration on fundamental principles and rights at work regardless of the state of ratification. 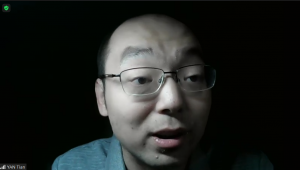 The final presentation was held by Yan Tian, Assistant Professor & Assistant Dean at Peking University Law School on “A Constitutional Theory of Workplace Discipline in China”. Professor Tian outlined how Article 53 of the Chinese Constitution lists the duty of workplace discipline. Unlike most Constitutions, the Chinese one lists both the rights and duties of citizens. He explained how the Article has socialist roots in raising the consciousness of citizens in discipline, since factories were seen as an extension of the state. Progressively workplace discipline has evolved with China moving towards a market economy and capitalization to restrict the employers right to punish. The Article has thus evolved with the state only partially siding with employers and adopting a “preventative” or “educative” take on workplace discipline rather than punishment.

This blog post was written by the Center’s intern, Annette Rapo.