The Seminar opened with a presentation by Professor Jin Haijun on the topic of “SEP/FRAND disputes in China.” He expounded SEP/FRAND disputes from the perspective of China courts, which granted anti-suit injunctions (ASI) in four major IP cases, upon which the EU requested information. After addressing legal issues concerning SEP/FRAND, jurisdictional territories, and ASI, he raised several implications for IP management towards new harmonization in global SEP dispute solutions.

In the next part of the Seminar, Richard Vary gave a presentation on “The UK approach on the resolution of FRAND disputes and its relationship with China”. The presentation consists of a detailed explanation of the English patent trial system and a comparison of the valuation approaches used in the UK and China. He also suggested improved metrics for portfolio strength, including citation analysis, contribution counting, third party essentially studies and jurisdiction weighted patent counting.

Following up next was the presentation on “Anti-suit injunctions in the EU perspectives” by Ruben Schellingerhout, who stressed that patents have brought great importance in many industries. He clearly listed the competition guidelines, judgments and cases in relation to the developments in anti-suit injunctions, particularly in China. He also drew attention to the difficulties in relation to retrieving decisions in China despite the presence of a legal basis for WTO’s request for consultations.

The last part of the seminar was concluded by Eeva Hakoranta, on the topic of “SEP and FRAND – Globally and in China.” She emphasized the recognition of a rule-based system under the new world order, especially when we all have been living in a globalization era, who are able to actually share well-being with less developed countries to a very great extent. China, as one of the beneficiaries of globalization should also submit to the same set of rules. 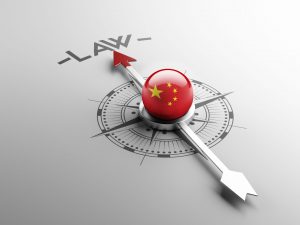 This blog post was written by the Center’s interns, Li Tsz Yau Dorothy and Lam Kam To Kuinton.