While no specific contacts with Japanese scholars were initially emphasized in the research plan of our Centre for Excellence, such contacts were established and developed with surprising speed and activity during the academic year 2015-2016 in particular. 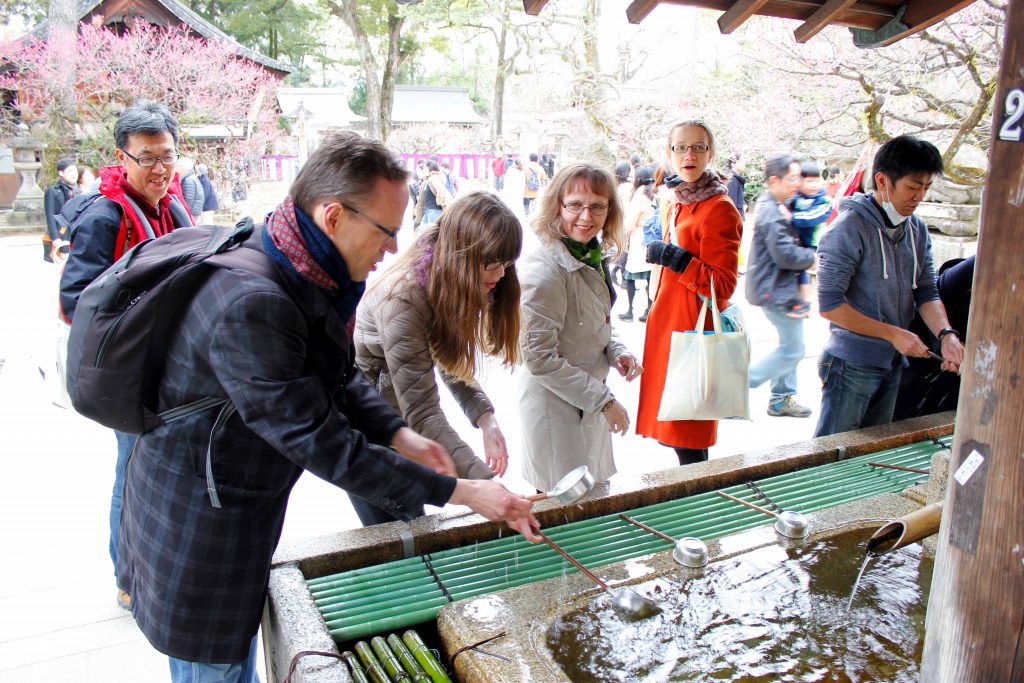 The background for this cooperation was Professor Naoko Saito’s (Kyoto University) visiting fellowship at the Helsinki Collegium for Advanced Studies during the academic year 2014-2015. I had previously met her in several conferences, especially pragmatism-related ones, most recently the Philosophy World Congress in Athens in 2013, and as we shared some research interests in pragmatism, in particular, and as I was confident that the Finnish scholarly community would benefit from her presence in Helsinki, the Helsinki Collegium decided to invite her for an extended visit, during which she, among other things, (co-)organized conferences on the philosophy of translation and multiculturalism in the context of pragmatism and American transcendentalism in Helsinki (Helsinki Collegium, November, 2014) and London (UCL Institute of Education, February, 2015). 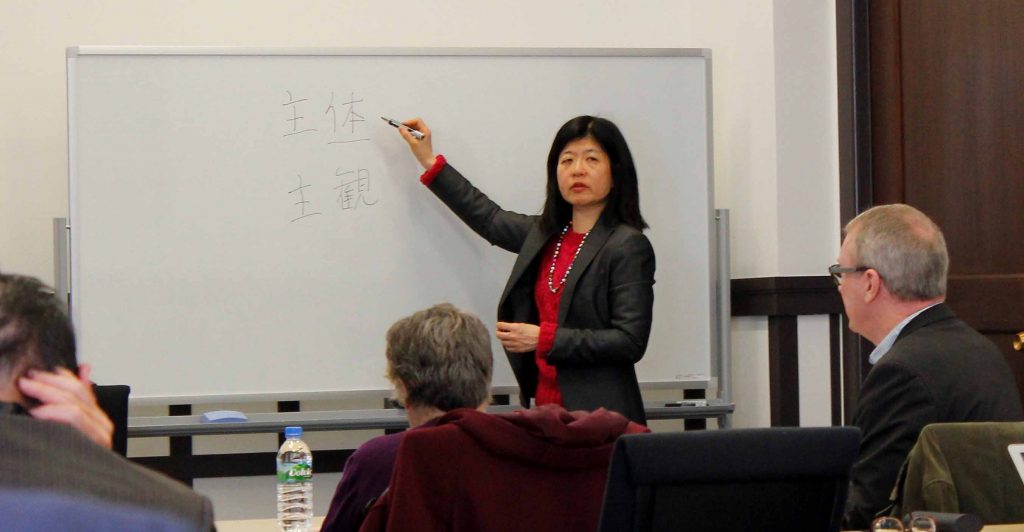 Professor Saito’s Kyoto-based international SPIRITS research network and our CoE then decided to co-organize a conference, Issues of Recognition in Pragmatist and American Transcendentalism, which was hosted and sponsored by the CoE and the Faculty of Theology (with the Helsinki Collegium as a co-organizer and the Japan Society for the Promotion of Science as one of the sponsors) on December 16-18, 2015. While Naoko Saito herself was unfortunately unable to attend this event, a group of twelve colleagues and doctoral students of hers from Kyoto and other Japanese universities visited Helsinki on that occasion. The most senior member of the Japanese delegation was Professor Junichi Mori, Vice-President for International Relations at Kyoto University. The CoE members who presented papers at the conference included Risto Saarinen, Heikki J. Koskinen, Heikki A. Kovalainen, Panu-Matti Pöykkö, and myself. The conference was well-attended, and the Japanese guests seemed to enjoy the visit, which was for most of them the first visit to Finland. More details and the full program of the event can be found here:

Professor Mori and Professor Saito hosted the next conference we had together at Kyoto University on March 11-12, 2016, The Cultivation of the Aesthetic Imagination. The CoE was again represented by Heikki J. Koskinen and me; in addition, Dr. Sari Kivistö, the Director of the Helsinki Collegium for Advanced Studies, participated as a speaker and commentator in the conference. More information on this conference and Professor Saito’s SPIRITS project, whose activities it concluded, is available here:

My own contributions to both the December conference in Helsinki and the March conference in Kyoto were joint papers authored and presented together with Sari Kivistö, based on our collaborative work on antitheodicy and recognition: “Theodicy as a Failure of Recognition” and “The Aesthetics of Antitheodicy”, respectively. I also presented some related material during the same trip to Japan in my talk at the UBIAS (University-Based Institutes for Advanced Study) Intercontinental Academia, Time (University of Nagoya, March 10, 2016), where Sari Kivistö as the current and me as the former Director of the Helsinki Collegium had been invited. These and many other conference presentations at various international conferences during the academic year 2015-2016 were parts of a comprehensive monograph I have just completed jointly with Dr. Kivistö, titled Kantian Antitheodicy: Philosophical and Literary Varieties (forthcoming with Palgrave Macmillan, 2016). Thus, I have been pleased to develop the Japanese collaboration initiated with Naoko Saito while simultaneously actively engaging in my own research, especially the book project in collaboration with Sari Kivistö, a book whose main ideas have to a considerable extent matured in the conferences we have had with our Japanese colleagues.

Follow-up plans for further collaboration have also been made. Naoko Saito and her doctoral student group, Sandra Laugier (Paris), Paul Standish (London), as well as our Finnish group (Kivistö, Koskinen, and myself) now form a loose network hoping to continue conference and publishing activities in the future both in Japan and in Finland (and elsewhere in Europe). This network also usefully connects and partly overlaps with other networks I have been actively involved in, because, for example, Sandra Laugier was one of the main organizers of the 2nd European Pragmatism Conference we had in Paris in September, 2015, and Naoko Saito herself is active in the Society for the Advancement of American Philosophy, with which the European Pragmatism Association (which I co-founded in 2012 and which will organize its 3rd European Pragmatism Conference in Helsinki in June, 2018) regularly collaborates. Thus, the strengthening of our “Japanese connection” thus possibly indirectly contributes to Finnish scholars’ and our CoE members’ involvement in other academic organizations and networks, too. 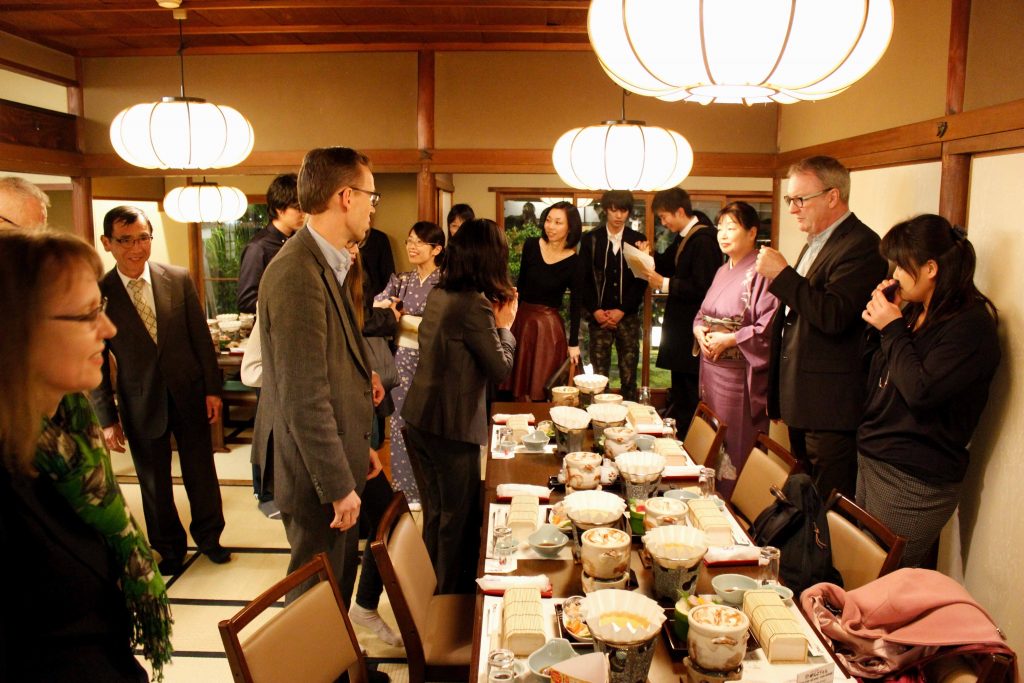