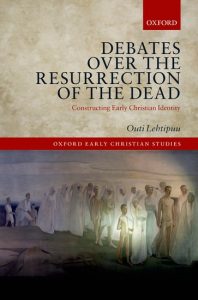 In many early Christian texts the way that belief in resurrection is formulated is used as a sign of inclusion and exclusion, not only in relation to non-Christians but vis-a-vis other Christians. Those who teach otherwise have deviated from the truth, are not true Christians, and do the works of the devil. This study demonstrates how such labelling was used as a tool for marking boundaries between those who belonged and those who did not. In a situation where there were no universally accepted structures that defined what constituted the true Christian belief, several competing interpretations and their representatives struggled for recognition of their views based on what they believed to be the apostolic tradition.