The Finnish China law center had the opportunity to interview Law Professor at the University of Hawai’i Law School, Ronald C. Brown. Professor Brown is an expert in Chinese labour law with experience from several decades in various roles.  He has also personally lived and taught law in China. 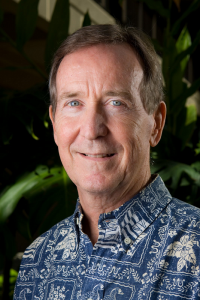 How did you become interested/involved in Chinese labor law?

Before coming to Hawai’i in the 1980s Professor Brown was teaching some labor law in William & Mary Law School in Virginia. When he came to Hawai’i he got involved in international labor law. Then he took a trip to China and fell in love with the country. He was teaching at Peking University Law School and became friends with experts in Chinese labor law with whom he had opportunity to work. At that time back in the 80s Chinese labor law was only evolving. Later he put together some books on for example Chinese labor law. Professor Brown says Hawai’i was a good advantage point to reach out into China. From the U.S. it is halfway there.

During your long career, what are the most important moments of understanding or single findings considering Chinese legal culture?

Professor Brown tells that he has become aware of China by living there, meeting people, and having university colleagues and neighbors. ”I think the moment of understanding comes from just getting to know people and realizing that the Chinese are just a lot like us. Politics are politics in America and in China. But the people are real.” Professor Brown adds that he always loved the Chinese and their Irish-like good sense of humor. He mentions the Chinese phrase ”can I eat it” when talking about ideas and concepts. At first he did not understand the phrase but found out it was about how useful the information was.

On legal system, Professor Brown got involved early on with the Chinese legal institutions. In the 80s, Professor Brown worked together with a Chinese Law Professor keeping up with the new Chinese legislation. They soon had a room full of new laws that were evolving. It became clear that at Deng´s time there was legalization going on and Professor Brown says he was lucky enough to watch it and be a little bit part of it.

You have published broadly about labor law and economic relations considering not only USA, EU and China but also for example Russia and Latin America. From a global perspective, what do you think are the main strengths and weaknesses of Chinese legal culture? What could other legal systems learn from the Chinese?

As back in the 80s the Chinese basically had some leftover laws from Mao, Professor Brown considers it amazing how rapidly the Chinese were able to evolve and professionalize a whole legal system. In his opinion the Chinese labor laws are wonderful but there are problems in enforcement. Other Chinese characteristics he mentions are commerce-skills and sensitively protective attitude towards their sovereignty. Professor Brown also thinks the Chinese have good sensitivity towards everyday citizens even though there are logistic problems with 1.4 billion population. He reminds how China has lifted millions of people out of poverty.

Do you think fundamental differences between Chinese and Western contract conceptions and legal systems in general cause issues when drafting FTAs?

Professor Brown starts his answer by telling how the analytical thinking process of the Chinese differs from the Americans. He compares it with water going down the sink in the opposite direction. They might reach the same results using different thinking process. According to Professor Brown, the Chinese legal system has a bit civil law and maybe a touch of common law but he emphasizes the Chinese characteristics coming from China´s special history. ”Whatever comes out at the end of the day in China is Chinese for sure, legally speaking”, he laughs. He thinks FTAs (Free Trade Agreements) reflect that as well and from Chinese point of view ”commerce is commerce and labor is labor”. Therefore, China doesn´t see labor provisions belonging to FTAs and their FTAs with other Asian countries tend to have no labor provisions included. However, the FTAs with some larger developed countries must contain labor provisions.

Where in your opinion lay mainly the historical roots of Chinese contemporary labor relations? How do you see the role of Chinese imperial history and foreign influences?

First, Professor Brown notes that he is not a Chinese historian. In his class on Chinese labor law, he starts from Mao who took a lot from Russia. Then in the 80s and 90s came legalization by Deng. During his times teaching in Peking University Law School he got to know surprisingly that the Germans had had their influence too. They had been early advisors in the development of Chinese labor law. For political reasons, China might avoid too straight western influences.

Professor Brown stresses the importance of historical understanding of Chinese law. ”When you look at the Chinese law you can´t just look at it on the face. You have to have a little bit of sense of how it evolved, where it came from, how the Chinese legal people are interpreting that.” He uses contract as an example. In China, contracts are not as fixed as in the U.S. They are more like living relationships that change over time. Another cultural-historical Chinese specialty he mentions is guanxi, the question of how close is it to corruption.

Professor Brown concludes his answer by stating how fascinating it is to follow Chinese legal development. ”It is so enjoyable. China is so varied and so different and so always coming up with something new.”

The interview and report were done by the Center’s intern, Elias Jakala.