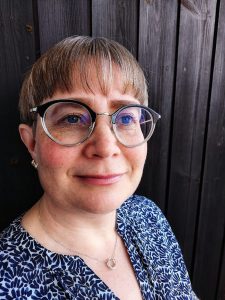 M.Sc. (Admin.) Pia Eskelinen will present her dissertation on the legal status of women in China, especially regarding land rights in rural areas, for public review on 9 September 2022 at 12:00. The The public examination will take place at University of Turku, Calonia 1.

In recent years, Chinese society has progressively begun to be defined by Confucian values and society’s interference with media freedom. This has also affected the working /operational environment of Chinese women. In her doctoral thesis, Eskelinen examines the legal status of rural Chinese women and women’s legal position in Chinese society. The thesis shows that the application of legislation in China has become more unequal, with women and their basic rights being placed in a more disadvantageous position.

News concerning the Chinese rural women often goes unnoticed due to bigger news. News related to the economy and dissidents is important and must be made visible. Eskelinen, however, states that rural Chinese women form a large individual group whose contribution to China’s economic and social development often goes unmentioned.

“The everyday life of ordinary women forms an integral part of China’s gross national product and well-being”, Eskelinen points out.

In recent years, under the leadership of President Xi Jinping, China has returned to a society where Confucian values ​​increasingly determine how society works. In addition to this, society’s interference with media freedom, for example, has alarmingly increased. According to Eskelinen’s doctoral research, the turning point was in 2016. At that time, President Xi gave a speech in which he emphasized that Confucian values ​​are engraved in the hearts of Chinese people.

“After the speech, China began to move back to a more patriarchal society and women’s operating environment narrowed. It was considered that a women’s place is to take care of the family”, Eskelinen says.

In addition to this, women’s organizations in different regions started offering different courses to women, which focused on how to be good wives and daughters. Eskelinen regards the most worrisome is that the application of legislation has become more unequal, as it places women and their basic rights at a disadvantage.

Eskelinen wants to highlight the appreciation of women and the problems in equality, because women’s role and contribution to the well-being of different countries are often ignored. Finland is no exception.

In Finland, the “Lotta’s” contribution to the war effort has been downplayed, and a solution to the wage gap in female-dominated fields has still not been found. “It’s easy to appeal to the lack of money”, Eskelinen reminds.

According to Eskelinen, however, it is important to see beyond the money, attitudes and structures.

“It is not enough, for example, to light buildings in blue in honor of nurses. The idea is beautiful, but it only creates an illusionary appreciation, not a real one”, Eskelinen reflects.

Eskelinen hopes that societies from China to Finland would pay more attention to ordinary people and ordinary women and give them real value.

The blogpost was written by the Center’s intern, Annette Rapo.