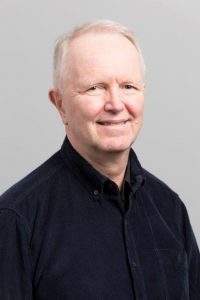 In 2014, the civil law codification entered a new stage in China when the Central Committee of the Communist Party called for a new round of compilation in its Decisions on Major Issues Concerning Comprehensively Moving Governing the Country According to the Law Forward. The entire draft civil code shall be presented to the Congress in 2020 for the final legislative step.

In light of this development, the Finnish China Law Center had the pleasure to invite Juha Karhu, Professor (emeritus) of Contract Law and Tort Law at the Law Faculty of the University of Lapland, and the pioneer of China law research and Chinese network development in Finland, on an interview about his view on the central topics concerning civil law codification in China.

This first part of the interview discusses the motivations behind the new round of civil law codification in China, and the influence of Western law on the Chinese draft civil code.

According to Professor Karhu, there are three kinds of reasons behind China’s latest attempt at codification of civil law: historical reasons, political reasons and economic reasons.

Firstly, historically it is worth noticing that it takes decades to build a long-lasting civil code. In Europe, the civil codes have existed for centuries, for example, in France, the civil code has been around for over 200 years and in Germany over 100 years. Since the 1950s, there have been many attempts to draft a civil code for the People’s Republic of China, and the current round was finally taken up by the Communist Party leadership in 2014. Thus, the codification is not a novel idea but it has become a gradual process in recent Chinese history. While the previous plans were not successful, they have in effect written the key parts of the civil law legislation.

Secondly, for some, it came as a surprise that China was able to build a civil code, but Professor Karhu, having had a particular interest in various parts of Chinese civil law, could see that even during the drafting process of Contract Law, the Law of Rights in rem, and the Tort Liability Law, it was taken into consideration that the pieces of legislation would, later on, form a part of a wider civil code. Therefore, the development towards a Chinese civil code has not happened by chance, but through purposeful planning. The code strengthens the legal background of Chinese economic activities.

Lastly, from a political point of view, it has been over 40 years since China’s Reform and Opening Up in 1978. The 2014 decision of compiling a new civil code by the Chinese Communist Party reflects the idea that it was now the time to signalize economic actors both inside and outside the country that the Chinese economy has established itself so far and so strongly that writing this kind of civil code is possible. The code is of course not only for economic actors but for all Chinese people. However, Professor Karhu emphasizes that one of the main emphases has been to enable businesses and market transactions.

Influence of Western law on the Chinese draft civil code

Commenting on the influence of Western law, Professor Karhu first points out that many Western scholars, while quite knowledgeable about the Chinese legal system, tend to assume that China has adopted entire civil law models from their home countries whenever they find some similar conceptual structures, principles, and rules in the draft code. He does not believe that this is a good way to comprehend the Chinese civil code. It is obvious that to be part of the global economy, China has borrowed certain standards that come from other countries. Nevertheless, as the Chinese civil code is first and foremost a code for the people of the PRC, the Chinese characteristics are conspicuous. For example, the Chinese draft civil code employs a three-year standard duration of limitation of actions, instead of the present two years. The reasons for this change are following. Since it has been only  a little more than 40 years after the Opening Up period, the Chinese people have not been fully  accustomed to the regulations and legal norms, as well as all legal procedures to have their interests heard, which is why a two-year period would be insufficient. Meanwhile, two years would not be too short for Europeans who have been living for centuries under their civil rules.

Juha Karhu, Emeritus Professor of Law, University of Lapland, Finland was Professor of Contract Law and Tort Law at the Law Faculty of the University of Lapland during 1993-2017. He was also Dean of the Law Faculty from 2013 to 2017. His research focuses on the foundations of commercial law, including themes like the role of legal principles in dynamic contractual networks, the methods of calculating damages in business relations, the legal protection of business assets in cooperation projects, and the role of fundamental and human rights in new global economy. His research is characterized by strong comparative perspectives. His international contacts include University of Munster (Germany), Institute of Advanced Legal Studies (London), University of Gothenburg (where he was part-time Visiting Professor 2012-2016), and Indian Development Foundation (New Delhi, one month in 2015). Professor Karhu was also active in building up his expertise on Chinese legal system, and relations with Chinese Law Schools (especially Renmin University of China School of Law). He is the honorary doctor of University of Gothenburg and University of Turku. He was also awarded the price of “Academic Lawyer of the Year” in 2019 by the Finnish Society of Lawyers, with special notice to his role in developing the co-operation between Finnish and Chinese universities and legal institutions.