Three law professors from the United States, Denmark and Hong Kong SAR, have kindly accepted the Center’s interview requests and shared their insights on researching and studying Chinese law. 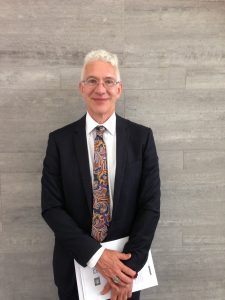 Professor Backer: I became interested in Chinese law when I was trying to understand the Cuban Leninist system, which was an endeavor that came partly out of my Cuban heritage. I realized quite quickly that I couldn’t understand the Cuban system before I had a proper understanding of the Chinese system. Ever since I opened the door of research on Chinese law, it has been a fascinating area to me. Nowadays I still do some work comparing the Chinese and Cuban approaches.

Professor Backer: For Chinese, studying Chinese law has to be done in global context, in the sense that changes and reforms of Chinese law are not only relevant to China, but also relevant to the development of fundamental legal areas. This is especially true with China’s one belt-one road policy and the law it is likely to generate. For westerners, Chinese law is critically important because we are engaging with China in many different areas. As a result, changes in Chinese law have significant implications. Also, foreign investment in China has made westerners keen to become interlocutors about Chinese law. In addition, China has become a major world actor, like the US and Germany, to the extent that its legal system is critically influential and important to other countries.

Professor Backer: Some of the critical areas that would be interesting to practitioners and law students are: foreign investment, investment arbitration, dispute resolution and litigation process. In addition, the fight against corruption and assets repatriation is a great area where foreign and Chinese law intersect. 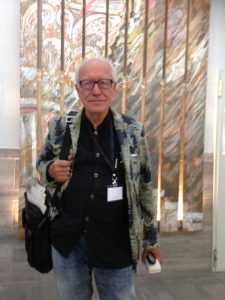 Professor Tamm: My starting point was not the law but Chinese culture. I’ve been for many years fascinated by Chinese culture, particularly poems, philosophy, history. I am also interested in comparative law. My approach to Chinese law is thus based on both an interest in Chinese culture and the question of how this culture interacts with the law. I believe that also for lawyers, it is important to learn about Chinese culture, since Chinese law has a strong foundation in value and culture.

Professor Tamm: It is easy to answer this question. Nearly 20% of inhabitants of the world live in China and China is a growing world power. What is happening in China therefore has worldwide influence. In this globalized world, western lawyers and law students should have at least some basic knowledge about Chinese law as part of their general knowledge base.

Professor Tamm: At least three areas are interesting. The first area that students should be acquainted with is the interaction between traditional Chinese culture and the modern legal system. Traditional Chinese philosophy still plays an important role in the development of law and the way the law is handled in modern China.  Therefore, an understanding of both the legal philosophical side and the practical side of Chinese law is a basic prerequisite to grasp what is going on.

The second area that is important for student to learn about is how China has worked over the last decades to build a legal system that encourages foreign investment in China. Therefore, law students should be aware of not only law, but also the basics of doing business. In addition, it is important for law students to understand the tension between economic relations and the perhaps less important role of law in Chinese society compared to other factors. 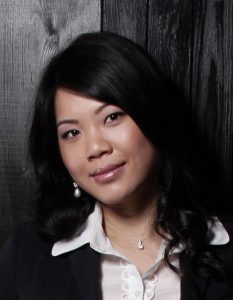 Professor Zou: I started to research Chinese law at the end of my economics degree when I was researching Chinese labour issues for my honours thesis on multinational companies operating in China. I went on a student exchange to Tsinghua University School of Economics for a semester and it was next door to the Law School. As I was studying economics and law at the same time, I would occasionally drop by the law school to attend some of the lectures. As I started to do consultancy work at the International Labour Organisation shortly afterwards, I became very interested in the interaction between international law (specifically international labour standards) and Chinese law.

Professor Zou: Given the economic and political significance of China in our era of globalisation, understanding some basic aspects of the Chinese legal system would be of immense utility to law students and practitioners in any part of the world. Also, studying Chinese law is indeed fascinating!

Professor Zou: There are too many topics out there for me to recommend! As a comparative lawyer, I would suggest identifying an area/issue of law that you find interesting in your own jurisdiction and see how Chinese law addresses the issue.