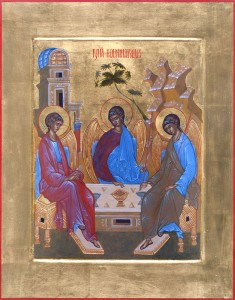 The Fifth Nordic Conference in Philosophy of Religion brought to Helsinki a group of more than fifty scholars of philosophy, theology, and religious studies. The theme of the conference, organized by the Nordic Society of Philosophy of Religion and held June 8–11, was the origins of religion. Among the distinguished speakers were Simo Knuuttila, Ingolf Zackariasson, Sigridur Thorgeirsdottir, and Jan-Olav Henriksen. In conjunction with the Nordic conference, the Centre of Excellence Reason and Religious Recognition hosted a special one-day symposium titled Religion and Recognition in co-operation with the Helsinki Collegium of Advanced Studies. In addition to talks given by members of the CoE, this symposium featured keynote talks by our international collaborators Wayne Proudfoot from Columbia University and Thomas Schmidt from Johan Wolfgang Goethe University. Proudfoot’s talk challenged Honneth’s theory of recognition on account of its failure to do proper justice to the phenomenon of religion. Schmidt, in turn, approached the theme of recognition from the perspective of a Hegel scholar. Also Heikki Ikäheimo – a representative of the “Jyväskylä School of Recognition”, as Thomas Schmidt put it – from the University of New South Wales gave an interesting talk on the potential causes for lack of recognition.

More information about the conference