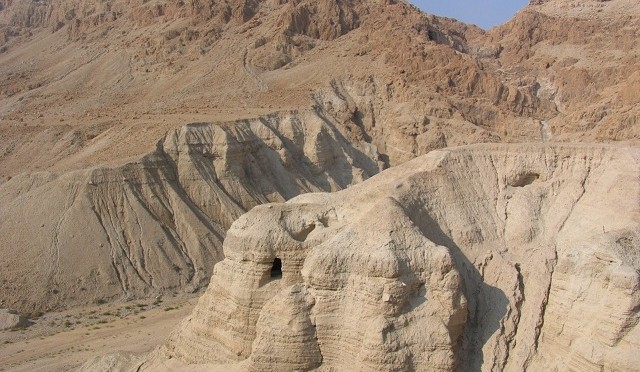 When a new partial or complete manuscript is found, the first scholarly endeavor related to it is usually to produce a reliable edition of the fragment or fragments so that all interested scholars and students can get a trustworthy impression of the material without even seeing it. As regards the Qumran manuscripts, this work began already in the 1940’s and 1950’s. During these decades, some preliminary editions of Cave 1 manuscripts came out. Today, the official series Discoveries in the Judaean Desert (DJD) includes 40 volumes published from 1955–2009 and offers editions of the majority of the Qumran manuscripts. The manuscripts from the private collections (like Schøyen Collection) not included in the DJD are also available. In addition, there are other editions published in parallel with the DJD series (see for example, The Dead Sea Scrolls: Study Edition, The Dead Sea Scrolls Reader and The Dead Sea Scrolls, the edition series by the Princeton Theological Seminary Dead Sea Scrolls Project) and for many texts, scholars can find several different editions. Nevertheless, many present Qumran scholars, while studying some manuscripts in detail—for example in their PhD thesis—still produce new, independent transcriptions of them—and thus new editions are still appearing.

Now that we have several editions of the manuscripts, it has also become possible and actually unavoidable to compare and review the existing editions and discuss the principles behind them. The basic aim of an edition is to produce a transcription of a text inscribed in a manuscript and to give some information of the material aspects and/or photos of the fragment(s). This is, however, easier said than done since before coming to any end result, an editor has to resolve many questions which might receive several different answers. First, editors have to choose their audience. For example, basic degree students need different editions than specialized scholars. Second, editors have to choose their medium for publishing. The edition published as a book might be different than the edition published in electronic form. But third, what is even more important is that editors have to choose their editing policy and form their scholarly opinions on the material being edited. Of course, a single editor can seldom solve all these questions by him/herself. As regards the large edition series like DJD, the general editor and the publisher make many decisions on behalf of single editors. However, despite who is behind which decisions, being conscious of different solutions influencing the end result help the user of the edition to read it.

As already noted, different editors might follow different principles while making their editions. Some of them aim to give their readers a reliable impression of everything that is seen in the fragment as it is preserved to us. They mark all the visible traces somehow but on the other hand, avoid reconstructing anything that is not seen in the fragment. They might also avoid joining the fragments together unless they are absolutely sure that the join is plausible. Others aim to give their readers an impression of what could have been inscribed in the original fragment. They reconstruct the text, but might leave some unidentifiable traces out of their editions—if it is not possible to relate the trace to any identifiable letter. They might also boldly join the fragments together in order to form a unity easy to access. The first of these two different approaches can be called minimalistic and the second one maximalistic. The difference between the editors following different principles comes out especially when studying the texts (suggested) copies of which are found both in Cave 1 and Cave 4 and the so-called biblical manuscripts to which there are parallels in the texts now known as the Hebrew Bible texts. Some editors (maximalists) have a principle according to which the longest and best-preserved manuscript has always to be checked so that the lacunae in the more fragmentary manuscripts can be reconstructed accordingly. Others (minimalists), for their part, prefer to avoid reconstructions also in these cases. Nevertheless, the dichotomy between minimalists and maximalists does not always come completely true in reality, but editors can be something in between. Still, these two trends demonstrate that one common way to edit does not exist; and this should be taken into account when using editions.

The questions of editing have recently been discussed more and more and the field is changing in many respects. The importance of going back to the material evidence is emphasized and scholars are urged to estimate how strong the assumptions of the joins between fragments, reconstructions of lacunae, and the number of columns made by other scholars actually are. More and more scholars are interested in studying intensively the material characters of the manuscripts and making material reconstructions. All this has become easier after the release of different electronic and online tools during the 21st century, most recently The Leon Levy Dead Sea Scrolls Digital Library, along with new methodological and technological innovations like digital paleography. Recent innovations on computing and data analysis can help, for example, to identify letters and compare scripts.

The Faculty of Theology, which forms one umbrella under which the CSTT is working, encompasses several different fields. Among them, the field of Qumran studies is of course only one sub-field. Discussing the topical questions concerning the Dead Sea Scrolls is often considered to require some specialization in the field. However, since working with somehow fragmentary or challenging material is familiar to many theologians, the questions concerning the editing of Qumran texts stimulated quite a vivid discussion in the Annual Symposium of the Finnish Doctoral Programme of Theology in which I gave a presentation with the title Working with Fragmentary Manuscripts. Since interdisciplinary discussion and learning together is one of the aims of the CSTT, it was encouraging that in this symposium scholars and doctoral students coming from different fields of theology could find ways to nurture each other’s thinking. It has also been demonstrated that discussion on editing between classicists and biblical scholars can be helpful to all participants. Hopefully, in the future, the interdisciplinary discussion on working with fragmentary manuscripts will still continue.