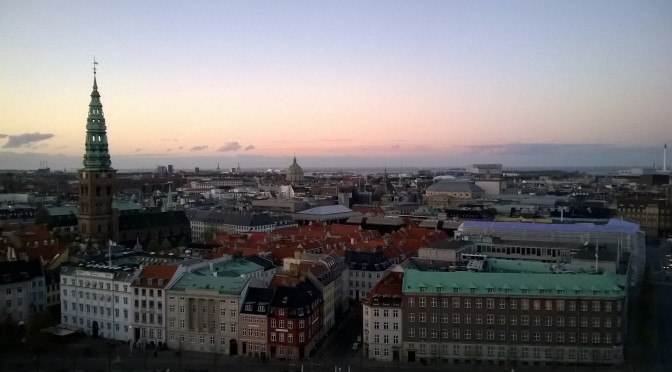 By Jeremy Penner and Mika Pajunen

On May 7-9 scholars from Canada, Denmark, Finland, Germany, Norway, Sweden, the UK, and the United States gathered in Copenhagen for a workshop titled, “Functions of Psalms and Prayers in Late Second Temple Period Judaism.” The workshop took place under the auspices of the University of Copenhagen, Faculty of Theology, and was organized by Mika Pajunen, Trine Bjørnung Hasselbalch, Anne Katrine de Hemmer Gudme, Jeremy Penner, and Årstein Justnes. This workshop was part one of a two-part program, the second to be held in Helsinki on September 24-25 of this year.

The primary aim of these workshops is to explore the diverse settings in which psalms and prayers were composed and used prior to the late first century CE, and to do so within an academic context less hindered by the structures of our respective university departments and academic silos. When thinking about psalms in the Second Temple period, the Masoretic Psalter and its reception is often given priority because of modern academic or theological interests. This emphasis tends to skew our understanding of the corpus we call psalms and prayers and often dampens or mutes the lived context within which these texts were composed and used.

During the workshop experts in the Hebrew bible conversed with specialists on the Dead Sea scrolls and New Testament on a variety of topic and approaches to psalms and prayers, including the ancient practice of reading psalms as prophecy, as history, as liturgy, and as literature. The presentations were methodologically diverse, including the use of the cognitive sciences and poetics, linguistic theory, psychology, redaction criticism, and literary theory.

The workshop opened with Eileen Schuller presenting a rich and thoughtful reflection on the status quaestionis within psalms scholarship, after which attendees ascended the tower of Christiansborg Palace for dinner—a very satisfying first-day! On May 8 we enjoyed presentations from Søren Holst, Jutta Jokiranta, Carol Newsom, Trine Bjørnung Hasselbalch, Angela Kim Harkins, Else Holt, Daniel Falk, all presenting on psalms and prayers from “Fresh Methods and Liturgical Perspectives.” On May 9 Corinna Körting, Torleif Elgvin, Adele Berlin, George Brooke, and Anja Klein presented on topics related to “History, Identity and Changing Settings.”

More fun was to be had; after the final presentation participants met for dinner at Tivoli, one of Europe’s oldest amusement parks. The adrenaline junkies in the group stayed for a few rides, the fireworks, and general frivolity.

In total the two-part workshop will facilitate about thirty presentations, to be prepared for a proceedings volume. Funding was generously provided by the Nordic Research Councils for the Humanities and the Social Sciences for Exploratory Workshops (NOS-HS), Center of Excellence in Changes in Sacred Texts and Traditions (Faculty of Theology, University of Helsinki), and the Emil Aaltonen Foundation.

More to come after our September workshop!