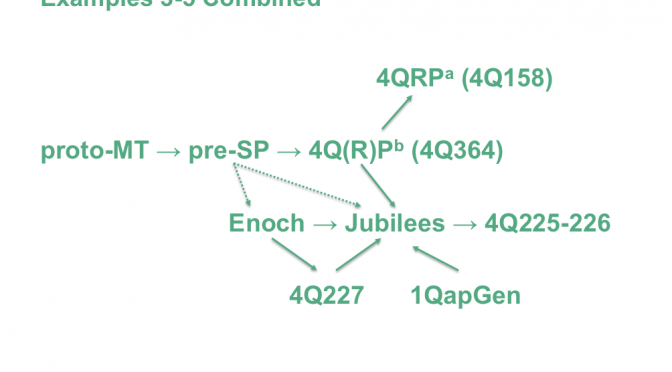 The workshop on patterns of change in the development of biblical texts, a CSTT-organized event in Helsinki in the month of May, showcased important examples of textual differences that are attested by the different witnesses to the Hebrew Bible. The variety of texts on display was intentionally chosen in order to facilitate a comparison of how different types of texts developed over time. Each session introduced cases of textual variance that range from small differences to large scale differences that may be described as editorial changes. Here is a list of the presenters and the topics of their workshop sessions:

Keynote lecture by Michael Segal –  Are there Patterns of Change in the Textual Evidence of the Bible and Beyond?

Miika Tucker – The Oracles against the Nations in Jeremiah

What can the differences between ancient textual evidence of the Bible tell us about the authors of the texts and how the texts developed? When searching for these answers it is easy to look for patterns of change based on previous experiences and assumptions, but one must be wary that change can be complex and messy. The various stages of the writing processes at work in the development of texts within the books of Enoch, Jubilees and Pseudo-Jubilees (4Q225-226) demonstrate this point very clearly: processes of textual change develop in unpredictable and unexpected ways.

Certain patterns of change can be identified, particularly such techniques as omissions, additions, and transpositions. But these are not always adequate descriptions of what has happened to a text. The primary concern behind most scribal changes is an attempt to harmonize discrepancies, which are common sense problems that arise from reading a text contextually, in a local, broader or contemporary context. Therefore a change is meant to recast the source in a more expository manner.

Discrepancies may transpire with the passage of time. A later generation of scribes and interpreters will understand a text differently from its author, and the conventions of writing and literature will change as well. An intervention at any point in time will also lead to inherent exegetical problems, thus furthering a cycle of textual problems and harmonization.

The differences between textual witnesses attest to a time before the notion of textual immutability, to a time in which the response to the authoritativeness of texts was different from what it later became. The very fact that texts were copied and developed is a testament to the importance of these texts to their authors and copyists, and the evidence that is before us gives us a glimpse of how and why textual development took place.

The workshop ”Patterns of Change in Literary Development” was a CSTT-organized event on the documented editing of the Hebrew Bible / Old Testament that took place in Helsinki, May 23.-24. 2016.