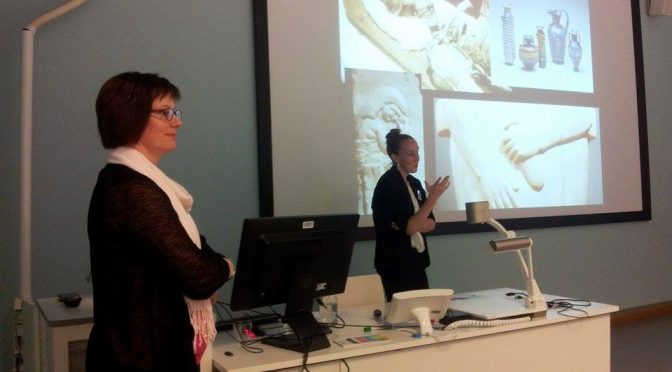 In late October the CSTT co-hosted a workshop on mortuary ritual together with the REECR. The workshop was a cross-disciplinary gathering, where scholars working within the fields of archaeology, religious studies and biblical studies could discuss aspects of mortuary ritual practices, such as funerary rituals, mourning, ancestor worship and other kinds of death-related ritual behaviour.

The two-day program consisted of eleven presentations by researchers working on contemporary thanatology (death studies) and ritual, the archaeology of death and mortuary ritual, and mortuary ritual in ancient texts. The workshop was an opportunity for scholars working in religious studies, archaeology and biblical studies to exchange ideas, material and methodologies and throughout the two days the discussion was lively, open and engaged.

During the workshop it quickly became clear that although the presentations covered a timespan of almost 3000 years and the case-studies came from places as far apart as the Levant and Karelia in Eastern Finland there were many common denominators and aspects that kept appearing. The importance of space and materiality in relation to mortuary ritual was apparent both in contemporary and ancient practices. In many cases mortuary ritual aims to create presence out of absence and this is achieved by strategic interaction with objects and places. Another aspect that was central to many of the examples was the status changes that the dead undergo in mortuary ritual as they are transformed from corpses to the recently deceased and to venerated ancestors. It was apparent that the life of the dead in the sphere of mortuary ritual is surprisingly dynamic and changeable.

In the very first presentation on the first day of the workshop Professor Terhi Utriainen from the University of Helsinki introduced the concept of the ritual subjunctive mode. The ritual subjunctive, which was originally proposed by the American religious studies scholar Jonathan Z. Smith, is an ‘as-if’ mode of behaviour that combines the ways things actually are with the ways people would like them to be. This concept of ritual as an idealized version of the world turned out to be a very fruitful category to apply to several of the case-studies presented at the workshop. In tombs, in texts and in ritual practices the dead are often presented as peaceful, powerful and content and perhaps most important of all they are accessible. In this way, mortuary ritual enables continued social interaction with the dead so that although the living die, the dead live on – at least for as long as they are commemorated and their presence is ritually enacted.

The papers presented at the workshop will be revised and published by the Finnish Exegetical Society in a volume edited by Dr. Kirsi Valkama and Professor Anne Katrine de Hemmer Gudme. The book is expected to come out in 2018. 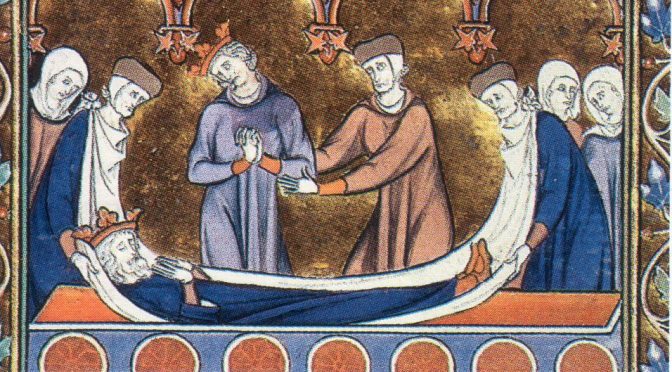 On October 27-28, 2016, there will be a workshop on mortuary rituals taking place at the University of Helsinki. The workshop is organised by the Centre of Excellence in Changes in Sacred Texts and Traditions  and the Nordic project on Ritual and the Emergence of Early Christian Religion: A Socio-Cognitive Analysis. The venues are at the Faculty of Theology, Fabianinkatu 24, 5th floor. Please find the preliminary program below. For further information, please contact: Anne Katrine de Hemmer Gudme (anne.gudme@helsinki.fi) or Kirsi Valkama (kirsi.valkama@helsinki.fi).