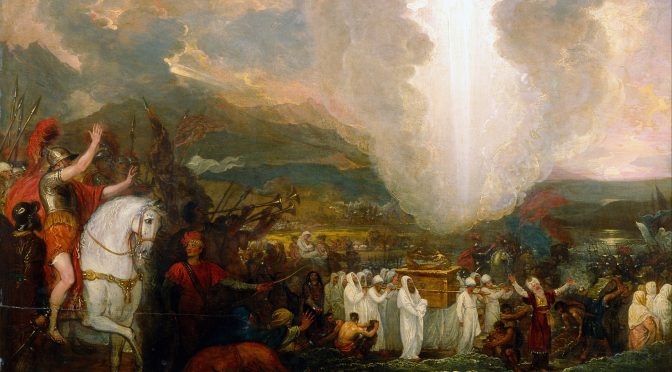 The shift from Late Bronze Age to Iron Age in the Levant is usually characterized by the collapse of ‘empires’ and the rise of (so-called) ‘national states’ or ‘territorial kingdoms’. These political changes had their repercussions on how identities were negotiated and how ‘the divine’ (realm) was conceptualized and deities understood. The Iron Age Levantine kingdoms comprise ‘Aram’, ‘Phoenicia’ (or broader: Sea Peoples), and as a third ‘Israel’ (and Judah) is singled out here (among the kingdoms around the Jordan). These territorial kingdoms had their own ‘national deities’ – partly in continuity with the Bronze Age city states. For instance as heirs to Bronze Age Syrian religion Phoenicians and Aramaeans carried on prophecy, the ancestor cult for the king, and the prime position of the weather god (cf. M. Hutter, Religionen in der Umwelt des Alten Testaments I: Babylonier, Syrer, Perser, 1996: 177–178). Next to different forms of reception (incl. reinterpretation), the new historical context also demonstrates change. Contemporary cultural contacts, fostered by economics (trade) and politics (treaties and war), raised questions of cultural ‘translatability’ of deities (cf. M.S. Smith, God in Translation,
2010) and also resulted in ‘ligatures’ (a merger of deities, sometimes marked by hyphenated names, such as ‘Baal-Seth’) and ‘transnational’ veneration (e.g., Melqart). These conceptualizations of the divine found expression in names, religious practice (cult, ritual), texts (e.g., myths, prophecies) and material artefacts (both in monumental and miniature art). END_OF_DOCUMENT_TOKEN_TO_BE_REPLACED