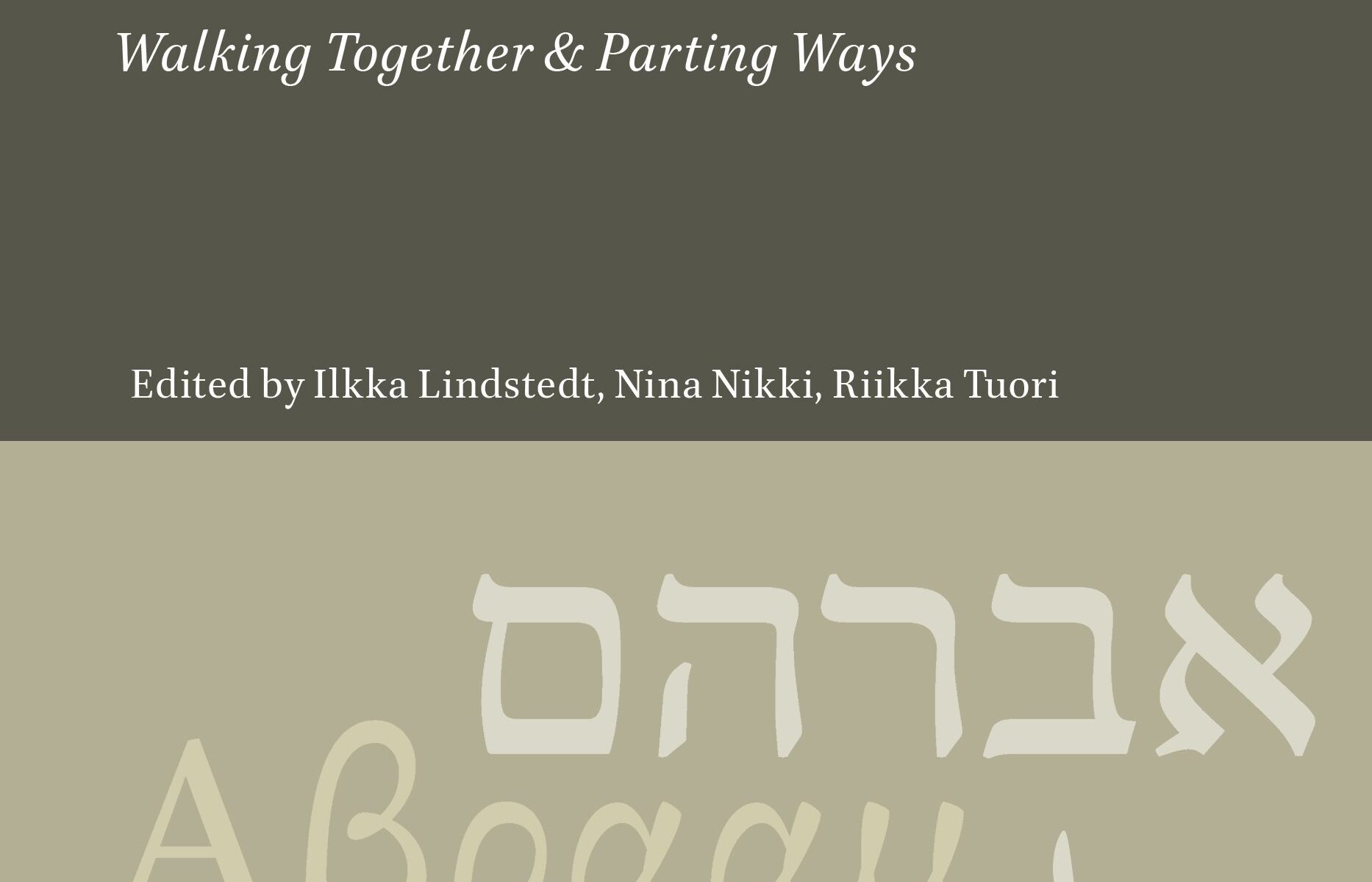 A book review by Marie Snedker

Humans are social beings. We live together. We die together. Our way of engaging with each other is determined by the norms, values, and rituals of the society. Therefore, the individual identity is also determined by the collective which inscribes the individual person with a plethora of social identities. In the past 40 years, there has been a growing interest on the research of social identity. Some of the forerunners in this field are Henri Tajfel and John Turner, who in the late 1970’s and 80’s introduced the Social Identity Theory. Later it became to be known in a more elaborated form as Social Identity Approach. 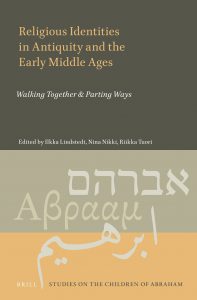 I am a Danish student in Study of Religion. In autumn 2021, I had the opportunity to do an internship at the Faculty of Theology, Helsinki University. I am interested in the use of the Social Identity Approach (SIA) in religious studies and theology, and I find this synthesis of classical religious analysis and social sciences very intriguing. In this blog post, I will present some inspiring ideas from the brand new book, Religious Identities in Antiquity and the Early Middle Ages: Walking together & Parting Ways, edited by Ilkka Lindstedt, Nina Nikki and Riikka Tuori (Brill, 2021). I will focus on three articles of the book and comment on their findings and approaches.

The table of contents already gives a promise of covering a broad range of topics on – as the title may give away – religious identities in Antiquity and the Early Middle Ages, covering pagan, pre- and early Jewish, Islamic and Christian sources.

In her article “Reconstructing the Identity of the Bacchic Group in Athens: οἱ Ἰόβακχοι and IG II2 1368,” Elina Lapinoja-Pitkänen studies the stele inscription “The rule of the Iobakchoi.” This stele was situated inside the sanctuary of the voluntary association Iobakchoi devoted to the worship of Dionysos in Athens. The stele introduces the rules, structures and everyday life in the Iobakchoi association. Lapinoja-Pitkänen argues for different signs of shared group identity of the Bacchic group: membership of the group itself was a strong identity marker, since the entrance fee was high for a man of the middle-class, and the rules and customs of the group had to be observed rigorously. With the use of Social Identity Approach – and connections to Costly Signaling Theory  – , Lapinoja-Pitkänen argues how rules and restrictions of the Iobakchoi created and reinforced in-group salience. Furthermore, subjection to the group’s rules and customs signaled commitment to others. The Iobakchoi recommended the use of the association’s own court for internal disputes and discouraged the use of public courts, and thus required limiting the use of one’s legal rights for the benefit of the group.

Lapinoja-Pitkänen also incorporates memory theory in her analysis of the Bacchic Group, especially that of Ernest van Eck. This reminds me of Benedict Anderson’s concept of “imagined community,” members being connected through memories and activities. All in all, Lapinoja-Pitkänen introduces the reader to one of the oldest disciplines in religious studies, namely analysis of religious rituals, but by combining these with Social Identity Approach, new aspects emerge.

Signs of Identity in the Quran

In “Signs of Identity in the Quran: Rituals, Practices, and Core Values,” Ilkka Lindstedt too focuses on rituals as identity markers. Lindstedt applies the concept of identity signs as presented by Martin Ehala (Signs of Identity: The Anatomy of Belonging, 2018) to Islamic rituals and practices. Based on the Social Identity Approach, Lindstedt discusses rituals as identity markers and how the Quran deals with group categorization. With reference to Fred Donner, Lindstedt introduces a model often used to describe the relationship between Judaism and early Christianity, Parting of the Ways. According to Donner, this model can easily be applied to an early Muslim context to discuss the shaping of a distinct Muslim identity. Donner dates the delineation of Islam from other faiths to the late seventh century CE. In contrast to Donner, Nicolai Sinai suggests that the Muslims formed a group set apart from other communities from very early on, around 622–632 CE, although they did not call themselves Muslims at this stage. To position himself in this discussion, Lindstedt sees the role of the Islamic rituals as identity markers in the formative process of Islam to speak for a slow identity-articulating process. The Parting of the Ways model has been used, reformulated, and challenged by a series of researchers during the years—primarily in a Christian/Jewish context—and for me, Lindstedt’s application of the model to an Islamic context was interesting and refreshing.

This parting of the way-discussion reminded me of Anders Klostergaard Petersen’s article “Unveiling the Obvious—Synagogue and Church: Sisters or Different Species?” from 2018. In this article Petersen  discusses how and why similar groups tend to draw boundaries and articulate seemingly small differences. He proposes, in line with Henri Tajfel’s minimal group paradigm ,, that this phenomenon especially applies for groups that compete for the same resources—material, emotional or spiritual. This kind of group categorization is also a central part of Lindstedt’s discussion. With a focus on in- and outgroup categorization, Lindstedt unfolds the role of rituals in establishing these social categorizations.

Traditions of Paul from a Cultural Evolutionary Perspective

Lastly, Nina Nikki and Antti Vanhoja co-authored the article “Righteous Sufferer, Scheming Apostate: Traditions of Paul from a Cultural Evolutionary Perspective.” They introduce a complex and—at least in religious and biblical studies—relatively new research area, which calls for a thorough introduction. For the uninitiated reader, this article can be overwhelming since the authors give an overall outline of cognitive science as presented in Cultural Evolution Theory and its potential for analysing early Christian religion and its texts. The assumption in Cultural Evolution Approach is that the human cognition is understood to mediate between biology and culture; religion too is deeply bound to human biology. These conditions have not changed radically for thousands of years, and therefore it seems justifiable to apply modern group theory to ancient texts.

Nikki and Vanhoja synthesize different research approaches under the umbrella term of Cultural Evolution Approach and apply it to different readings of Paul. The authors investigate Paul the Apostle as an authoritative figure and how different ideas about the figure of Paul were disseminated and survived. What makes some ideas more suitable for transmission and give them a higher chance of survival? For a short article, it serves as a fine introduction to the field of research and offers inspiring ideas for future research.

This book demonstrates the many different approaches for investigating the formation of religious identity in Antiquity, Late Antiquity and Early Middle Ages in a multi-religious society in a Mediterranean geographical context.  The approaches presented here have shown great applicability to different material from different religious, geographical, cultural contexts, and therefore they seem promising to apply to other—also modern—cases. I think it is important and necessary to establish a solid cross-disciplinary cooperation between humanities, social sciences, and natural sciences. This book serves as a piece of evidence in how far we can take our research when combining different fields of expertise.