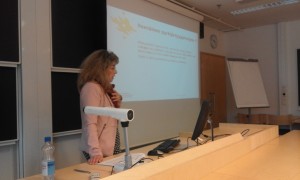 The population of Nordic countries is rapidly changing more ethnically diverse. The previous research shows that in Nordic countries– in contrast to countries with longer and more widespread tradition in meeting the diverse population (e.g. Australia, Canada) – the educational performance and trajectories of immigrant youth in general tend to remain lower than for the native counterparts. The inclusion of a diverse ethnical population is a major challenge for the schooling and Nordic society in general. This symposium will be based on the findings of three research groups focusing on the experiences of immigrant youth and their families in Finland, Norway and in Sweden. The presentations will describe the educational experiences of migrant youth and/or their transitions to further education and work. The education policy as well as pedagogical implications of the research findings will be discussed. 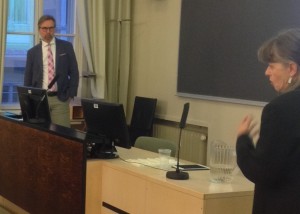 Not completing secondary education has been linked to multiple interacting causes related to the student and his/her family, to edu­cational practices and policies (Dale 2010; Rumberger and Lim 2008). Generally non-completers have more limited life chances and less oppor­tun­ities for social mobility than other youths; this is also clearly connected to social class, gender, ethnicity and disability. Non-completion increases the risks of un­em­ploy­ment, unsatis­factory working conditions and poverty (Fenton and Dermott 2006). The fact that immigrants are at the margins of the la­bour market in most count­ries (Behtoui 2004; OECD 2010) can be partly explained by lower than average edu­ca­tional attainment (OECD 2010), but socio-economic background and being a re­fugee, migrant or guest worker are also contributory factors (Rumbaut and Komaie 2010).

In Sweden as in other late-modern nations, a ‘transition machinery’ of policies and measures has emerged in the last decades to prevent and repair school failure and drop-out, and support young people´s entrance into the labour market. However unusually far-going de­centrali­sation and marketization of education, and the disappearance of many ‘entrance jobs’ in Sweden have rendered such efforts more difficult. Young people now have to navigate through a veritable jungle of school and educa­tional choices (Lidström et al. 2014). There are further unreasonably large local variations in e.g. special needs education, career counselling and measures addressing young people not in employment, education or training (Lundahl and Olofsson 2014).

Emanating from the research project ‘Unsafe transitions’, funded by the Swedish Research Council, this paper aims to deepen the knowledge of careers in and after school of young people of Non-European origin in Sweden. Based on life-history interviews, we analyse the careers and encounters with the Swedish ‘transition machinery’ of 26 young people (14 males, 12 females) of Non-European origin who failed upper secondary education. Their careers through school and after are also compared and contrasted to the careers of the other young people in a group of altogether 100 young Swedes in their early twenties (mean age: 21.5 years) who left school without complete upper secondary qualifications.

Using careership theory (Hodkinson & Sparkes 1997, Hodkinson 2008), the careers of the young people involved are analyzed in terms of pragmatic-rational choices, routines, breaking points and horizons of action. Departing from a critical perspective (Said 1978, Anthias 2002, Trondman 2007), ‘otherness’ is used to analyse and understand the stories of the young adults.

There are both common denominators and interesting and somewhat unexpected differences in the career patterns over time between youths with Swedish and migration background. The latter encounter certain common difficulties in school, e.g. to be treated as the ‘other’, and also lack of understanding of the common need to work parallel to the studies in order to support the family. They however succeed to get jobs at an early stage to higher extent than other youth in the study – but often what may be considered as dead-end jobs.

Children with immigrant backgrounds in Mid-Norway; their school experiences

This presentation takes its part of departure in a study of school- home relationships with families of immigrant backgrounds in Mid-Norway. The aim of this presentation is to elaborate on how pupils experience learning, mastery and belonging.

The project builds on a phenomenological research tradition whose purpose is to obtain individuals’ experiences of a given phenomenon (Denzin & Lincoln, 1994). The empirical material builds on 14 videotaped focus group interviews of all together 71 pupils with immigrant background, aged 8, 13 or 16 years. Focus groups are often used to study how knowledge, values and behaviour develop and operate in a given context (Marková, Linell, Grossen & Orvig, 2007). 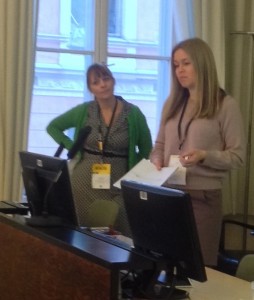 Earlier studies have shown that pupils with immigrant backgrounds tend to have lower grades compared to ethnic Norwegian pupils. Regarding experiences of school mastery in Norwegian schools, studies have shown that young people with and without immigrant backgrounds have approximately the same opinion of their performances, despite the fact that their results may be different (Frøyland & Gjerustad, 2012). Furthermore, the same study indicate that young people with immigrant backgrounds have a more positive experience of the learning environments than ethnic Norwegian pupils have, and that they also experience their parents to have high expectations when it comes to school results and plans of higher education.

According to White Paper 6 (2012 – 13) there is a lack of knowledge about the learning environment for pupils with immigrant backgrounds in Norwegian schools. By sharing these pupils experience of their own schooling, the aim of this study and presentation is to contribute to strengthen this knowledge, a knowledge that is important in the development of a diverse and inclusive school.

Immigrant youth in transition to upper secondary education in Finland

TRANSIT project is a prospective, longitudinal study exploring the educational transitions of > 400 students from compulsory education (Grade 9) to upper secondary education during 4 years period. The target group has been recruited from several schools from Helsinki metropolitan area and from Turku region. The study goal is to reach a comprehensive picture of the variety of trajectories of immigrant/multicultural youth, compare those to the native counterparts’ trajectories and explain the transition mechanisms.

Firstly, this presentation will describe these young people’s educational aspirations as well as their school experiences while still in compulsory school. This data was gathered in the end part Grade 9, when they need to apply to upper secondary education. Main findings are that compulsory school experiences of immigrant youth were more positive than for native Finns, although they reported to have experienced more difficulties related to learning and studying. The future educational aspirations for both groups were found to be very similar. This positive orientation despite the difficulties could be called as ‘immigrant paradox’: based on the register-based previous research, the immigrant students tend to drop-out of further studies significantly more often than non-migrants.

Secondly, the presentation will describe the actualized educational situation of the follow-up group after the transition from compulsory to upper secondary schools. This data is gathered during Fall 2015 using short mobile surveys and/or phone interviews. The actualized situation during the first post-compulsory year will be compared to the educational choices made during the Grade 9 using person-oriented approach.

The first follow-up of the Transit-project is now successfully completed! Here’s some preliminary findings:

The first questionnaire was executed in turn of the year 2014–2015, during the last year of comprehensive school (9th grade). At that point the joint application for secondary education was ahead, but the final choices had not been made yet. The first sample consists of 445 students altogether; 284 (64%) of them were Finnish-origin majority, i.e. by definition both parents and their offspring were born in Finland. Whereas, 161 (36 %) of them were youth with immigrant origin, i.e. in broad terms, persons who are born abroad, or whose parents are born outside Finland.

The youth’s school choice after 9th grade was inquired in the first survey through an open question about their expectted first choice for secondary education. The answers were categorized as general upper secondary school, vocational school or unsure, the latter including both the respondents with an explicit mention of being unsure as well those who left the question unanswered.

In addition to the school choice, the youth also estimated their actions after 9th grade with statements about continuing to 10th grade, seeking a job and taking a gap year. The statements were not exclusive, so a respondent could simultaneously estimate a high probability for e.g. seeking a job and applying to a school.

By average, the youth with Finnish origin were aiming for general upper secondary schools with slightly stronger certainty than the immigrant-origin youth. Girls were aiming for upper secondary education with more certainty than boys, who were more certain about applying to vocational education. However, these differences were not statistically significant. Boys with immigrant background stood out from the data as they averaged higher on their estimation about applying to vocational school and seeking a job.

One of our background assumptions was that the difficulties the immigrant-origin youth have in attaching the upper secondary education, might have its explanation on socio-economic background factors and difficulties in learning. We used logistic regression analysis to analyse whether these factors as well as goal orientations might have an effect on expectations concerning upper secondary education choices.

In the second models of the analysis, we added the socio-democraphic features (family’s education level, origin and gender) of the youth into the analysis. The outcomes validated earlier findings stating that educational attachments and achievements socio-economically related. We run the analysis for several dimension measuring immigrant-origin related features that might have an effect on the upper secondary education choices, e.g. the country of the origin, the generation of the immigration, the Finnish skills of parents and the youths, but none of them proved statistically significant effect on choices for the upper secondary education. The only factor that had a strong effect was the education level of parents: university educated parents increased the odds for choosing the general upper secondary education and decreased the odds for the vocational choice. As the origin was included simultaneously in the model 2, we might argue that there are no statistically significant differences in upper secondary education expectations between immigrant and Finnish origin youth, if the effects of the goal-orientations, attitudes and schooling difficulties are taken into account. 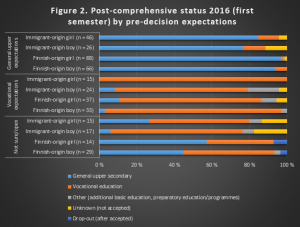 The variety of post-comprehensive status is apparent in Figure 3. Generally, it seems that Finnish universalistic transition regime is working reasonably well: less than five per cent of the youth were not accepted in education or dropped out from it; dropping out and not accepted being more common among immigrant-origin youths. Second generation immigrants seemed to follow the educational paths of the Finnish-origin youth, whereas first generation immigrants were navigating more often to vocational education and other additional education programmes.

Observing the post-comprehensive status more detailed the pathways were gendered in both Finnish-origin and immigrant-origin groups. As girls preferred general upper secondary education in their expectations, they have also more often been selected for one. There seem to be more plural pathways for immigrant-origin boys, where the vocational track is more common than others and almost one fifth of the boys are in different additional or preparatory programs, or we have lost their track.