Arctic Centre, University of Lapland, chose Dr. Sanna Kopra as their new Face of the Month. In the article, published on their website, you can get to know Sanna better both as a person and as a researcher: 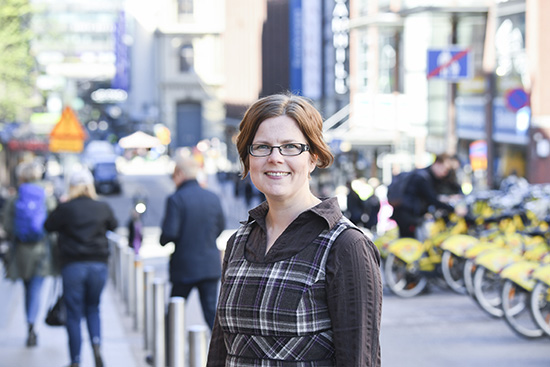 Sanna Kopra is researching China’s climate policy and Arctic policy. As a researcher, she is motivated by environmental concerns and the pursuit of social justice.

Kopra spent the first months of the year in Tromsø. By the sea, embraced by the mountains, she really felt that she was in an Arctic city. She has not captured the same feeling in Rovaniemi.

– Perhaps Rovaniemi is so familiar that it doesn’t feel like an Arctic city, Kopra reflects.

During her studies, Kopra lived in Rovaniemi for many years and has often returned to the city. Since last autumn, she has worked in the Arctic Centre with The rise of China and normative transformation in the Arctic region – a research project funded by the Academy of Finland.

Kopra lives in Mäntsälä countryside with her family, dogs and chickens. She works mostly at home, but travels to the Aleksanteri Institute of the University of Helsinki a couple of times a week. She works there as a visiting researcher and shares an office with her colleagues.

– It is important to be part of a work community also physically, not only remotely.