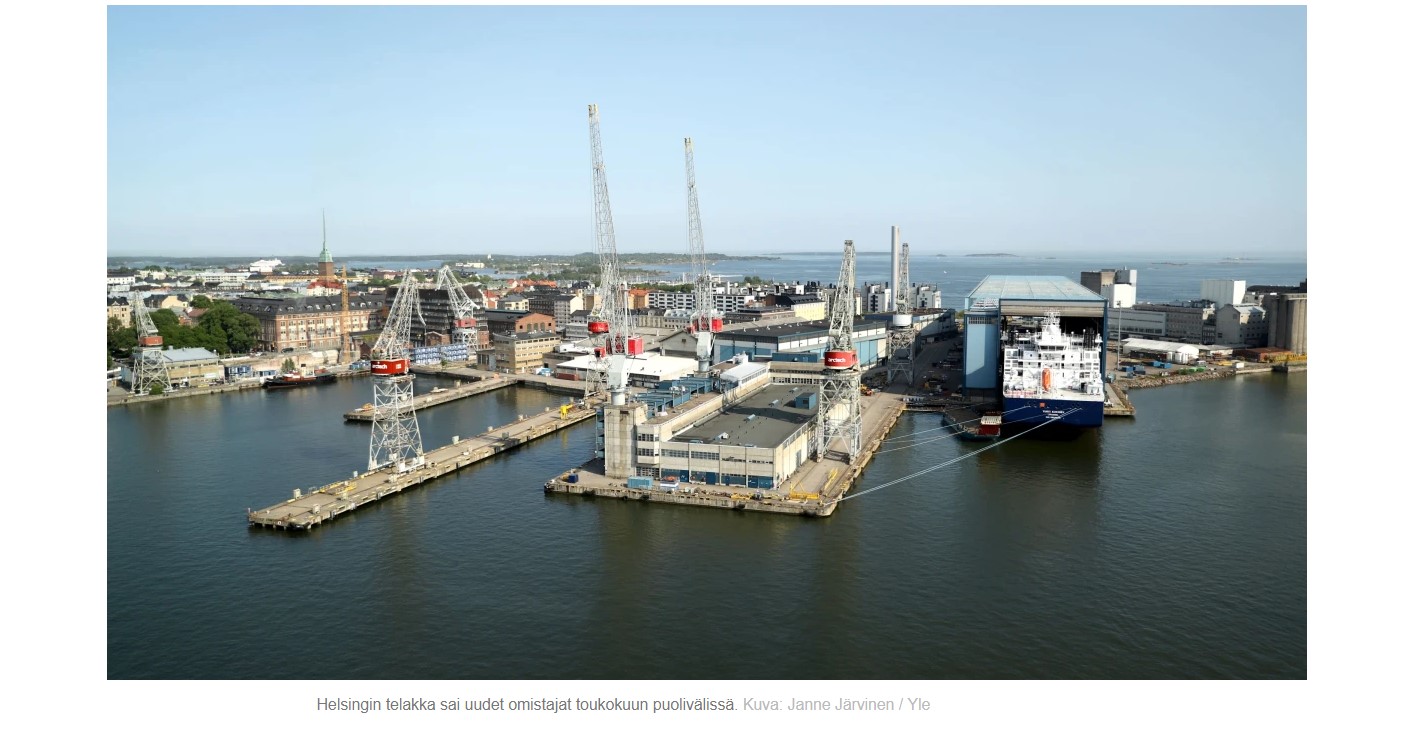 The new main owner of the Helsinki shipyard, Vladimir Kasyanenko, is a Russian businessman unknown to Finns. He has a home in Monaco, a cottage in Miehikkälä, a Belgian passport and a long business career together with a man working in Putin’s administration. Now he owns a shipyard in the middle of Helsinki, which makes important to Russia ships.

According to Professor Tynkkynen, this shipyard is directly linked to the strategic line of the Russian government, as it constructs not only cruise-ships, but also ice-breaking tankers for the Northeast Passage, support vessels for Arctic oil drilling and a new generation of more environmentally friendly icebreakers. And the development of Arctic region with its vast resources is crucially important for Russia.

According to Tynkkynen, Vladimir Putin’s administration is “chronically dependent on energy revenues”. This is why the Kremlin is particularly attentive to energy-related holdings and investments – including operators like the Helsinki shipyard.

Tynkkynen is not surprised by the results of MOT’s report that the new owner of the Helsinki shipyard has a link with Putin’s administration.

– In the shipyard case, the issue that is often overlooked is excellently brought to the front. If we consider how the power of the Putin regime is exercised, it is not only done through state-owned companies. It also includes a large network of Russian oligarchs that are either obliged or forced to invest in sectors that are central to Putin’s governance.

– Or, then, they act on their own initiative, driving their own interests, so that they will continue to enjoy good deals, Tynkkynen says.