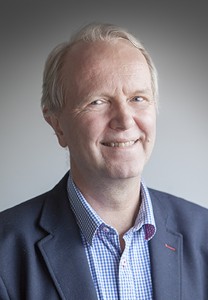 Today’s blog post will feature the second part of the Center’s interview with Professor Juha Karhu about his thoughts on the civil law codification project in China.

In this part, the interview focuses on the advantages and disadvantages of civil law codification, Professor Karhu’s special interest in the rights in rem discussion, and his advice for the teaching of the Chinese civil code to non-Chinese students.

Advantages and disadvantages of codification

Professor Karhu points out that prior to the Chinese civil code, various areas of civil law were already regulated in special pieces of legislation, i.e. Contract Law, Law of Real Rights, Marriage Law, Adoption Law, Inheritance Law, etc. There is no doubt that special legislation would make it simpler to target each legal problem individually and to amend the law when the desired outcome is not reached. This advantage could be lost with the codification of civil law since the Chinese legislator may close the door to making of special legislation in areas where the civil code is applicable. It is doubtful whether every problem could be solved on the basis of the general and abstract rules that form the backbone of any civil code.

One of the challenging issues, in Professor Karhu´s opinion, would be regulating digital behaviors. How would the questions regarding new digital forms of business, digital ways of interaction, social media, and so on be properly decided on the ground of such general and abstract rules? Nevertheless, special laws do not have the same unity as a civil code, and conflicts between the provisions of individual laws are inevitable. A civil code would help to mitigate these problems. Furthermore, a civil code would have the advantage of giving more weight to political, economic, and social decisions in China as long as such decisions are in line with the civil code and can be backed up by an article of the code.

Rights in rem and the civil code discussions

Professor Karhu is especially interested in following the discussions in China on the question of ownership or, more precisely, rights in rem. Private property is protected in China, but not in the same manner as in Western countries. For instance, private ownership of land is not recognized in the draft Chinese civil code. However, under rights in rem, there are rights to the land even if there is no private land ownership. This concept contains interesting Chinese characteristics. One of them flows from imperial China’s administration of land title according to which peasants and farmers could still develop certain rights on the soil of the land since skillful farmers would raise the value of the soil. The same concept did not exist in the European feudal systems.

This example also demonstrates that rights in rem are not so foreign to Chinese culture and history. Therefore, it is very important to look at how rights in rem will find their role in the development of Chinese society and economy, and what the proper level of protection and various forms of protection of private property are, particularly since these rights have defined business contexts and played an essential role in business financing as collaterals.

Teaching and the Chinese civil code

Professor Karhu has a lot of experience in teaching Chinese law. During February 2020, he taught the course ‘Chinese Civil Code 2020 – A Dream Come True?’ at the School of Law and Economy of China, Faculty of Law and Administration of the University of Warsaw. He observes that some foreign students tend to think they could learn about Chinese law simply by reading legal texts, underestimating the roles of history, culture, and politics. The truth is that no law anywhere could be taken separately from the legal culture.

Throughout his many academic visits to China, Karhu realizes that the key to teaching Chinese law is to make sure that students understand the learning tasks in such a way that these tasks involve not only reading the text of the law but understanding the legal culture as a part of Chinese culture. He also emphasizes the importance of encouraging students to be open-minded and ask questions instead of making assumptions tacitly based on their own society.

Juha Karhu, Emeritus Professor of Law, University of Lapland, Finland was Professor of Contract Law and Tort Law at the Law Faculty of the University of Lapland during 1993-2017. He was also Dean of the Law Faculty from 2013 to 2017. His research focuses on the foundations of commercial law, including themes like the role of legal principles in dynamic contractual networks, the methods of calculating damages in business relations, the legal protection of business assets in cooperation projects, and the role of fundamental and human rights in new global economy. His research is characterized by strong comparative perspectives. His international contacts include University of Munster (Germany), Institute of Advanced Legal Studies (London), University of Gothenburg (where he was part-time Visiting Professor 2012-2016), and Indian Development Foundation (New Delhi, one month in 2015). Professor Karhu was also active in building up his expertise on Chinese legal system, and relations with Chinese Law Schools (especially Renmin University of China School of Law). He is the honorary doctor of University of Gothenburg and University of Turku. He was also awarded the price of “Academic Lawyer of the Year” in 2019 by the Finnish Society of Lawyers, with special notice to his role in developing the co-operation between Finnish and Chinese universities and legal institutions.