Just as most people in the autumn of 2020, the Language Centre organizes most activities on distance. Teachers have been familiarizing themselves with this since March. At OOTU, we try to continue workshops and language clubs as much as possible, despite the challenges it brings to the table. One of the biggest events taking place every semester is the popular multilingual workshop, in which the different languages taught at the Language Centre come together in a large gathering full of university and high school students, as well as teachers. After having to cancel it in spring this year, on 12 November this year the first online multilingual workshop took place on Zoom with the theme “Cultural habits & idioms, metaphors and jokes”.

Even though the event couldn’t take place at the Language Centre, we managed to give all participants a taste of what the building looks like. With the help of Thinglink we started the workshop with a walk through the building. The virtual ascend of the Centre’s stairs resulted in entering the main event hall, which was virtually filled with students. 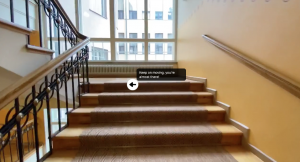 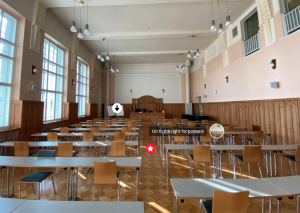 Pictures 1 and 2. Screenshots of the Thinglink while ascending the stairs and being in the event hall of the Language Centre.

The actual programme of the workshop consisted of three parts: a quiz, language tables and a general discussion. The workshop started with the quiz as icebreaker and addressed cultural habits & idioms from a wide range of perspectives. The quiz included idioms and phrases such as the Italian “having a devil for each portion of hair” (being mad) or having Korean “wide feet” (knowing many people). Despite not having much interaction with others during the quiz, it was a good way to be acquainted with the nine different languages. In addition, the questions provided some discussion topics for later.

After the quiz, it was time for the language tables, which formed the backbone of the workshop. International students taking part in the Course Assistant Programme hosted the language tables. These students all assist in Language Centre courses, which makes them already experienced in leading small discussions. In the weeks leading up to the event, we gathered with the language table hosts to go through possible discussion topics to make sure that all hosts felt prepared.

The language tables started by opening nine different breakout rooms in Zoom. Participants could get in the breakout rooms themselves and when this was not possible, we assigned people to get into the right room. Once the discussions started, my colleague and supervisor Lasse Ehrnrooth visited half of the language tables, while I was keeping an eye on the other half. The actual discussions were great to see: every host had prepared a few slides and at the same time left space for discussion. It was fascinating to hear so many different languages as part of one workshop and great to see the curiosity of everyone who was learning one of the languages. 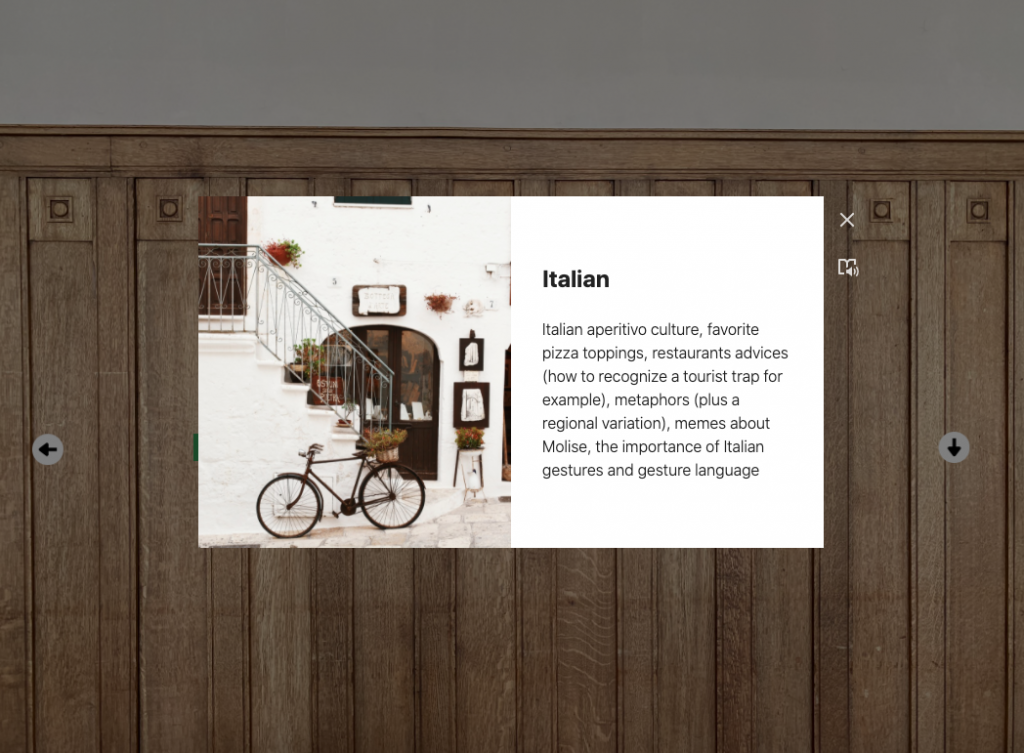 Picture 3. The poster of the Italian language table.

The poster round was followed by a few closing words from Lasse. The only thing left at this point was leaving the online event hall – which we did by showing a walk out of the Language Centre in Thinglink. All in all, the first online version of the multilingual workshop turned out to work surprisingly well, without any major technological issues. The feedback from participants also was mostly positive, with good suggestions for some fine-tuning here and there. I think the first online multilingual workshop was a good example of how an event can still go on in the corona-era and I am looking forward to the next workshop in the spring semester!