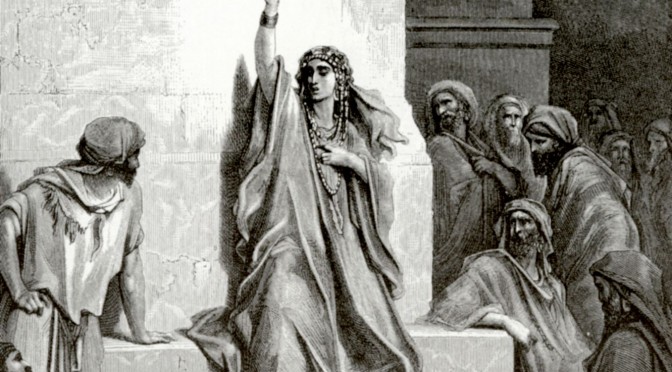 The status of women in early Judaism continues to be debated. Interestingly, Liber Antiquitatum Biblicarum (L.A.B.) employs the term ‘mother’ several times in chapter 33, which outlines Deborah’s farewell speech and her death. This article analyzes the significance of the title ‘mother’. This term has been interpreted in different ways in the past. For instance, several scholars understand the title ‘mother’ as a ‘feminist counterpart’ to the term ‘father’. I think such interpretation is problematic since it retrojects a modern perspective upon the ancient author. Moreover, I claim that most research done on the figure of Deborah in L.A.B. regarding the title ‘mother’ appear to be based on the scholars’ assumptions about women in the ancient world rather than on critical research of the actual text.

I start my critical survey on the figure of Deborah as ‘mother’ by analyzing L.A.B. 33, where the term ‘mother’ features prominently in order to discover the author’s use of the term. In light of other ancient Jewish texts, I argue that the term mother is not limited to denote kinship, but it is used more broadly, e.g., in the penal code of the Damascus Document (4QDe) where the community leaders are addressed as mothers. Next, I compare the author’s use of the term ‘mother’ with the term ‘father,’ which frequently appears in the L.A.B. Interestingly, L.A.B. reports that when Deborah died, similarly to the fathers of Genesis, she ‘slept with her fathers’ (L.A.B. 33.6). This reading has implications concerning Deborah’s leadership in L.A.B. It raises the question whether the author interpreted Deborah similarly to the Genesis fathers.

Finally, I will turn to the early Jewish inscriptions where the term ‘mother’ appears, and I make use of Bernadette Brooten’s oft-quoted study Women Leaders in the Ancient Synagogue. Brooten examines the title ‘mother’ (Lat. ‘mater synagogae’ and ‘pateressa’, Greek inscriptions preserve ‘μητηρ συναγογαε’ and ‘μητηρ’) in the Jewish inscriptions of late Second Temple era and early centuries C.E. and argues convincingly that this title (similarly to ‘father’ preserved in ancient inscriptions) was connected with leadership positions.

On my view, Brooten’s conclusions have important implications for our understanding of L.A.B. 33 and Deborah’s role as a mother. While many of the studies concerning the figure of Deborah in L.A.B. have interpreted the title ‘mother’ symbolically or simply by seeing it as a counterpart for the term ‘father’ without addressing the significance of the title explicitly my conviction is that the author of L.A.B. used the term ‘mother’ intentionally while discussing Deborah. The author aimed at highlighting Deborah’s role as a leader of the community. This conclusion urges scholars to continue critically examining the descriptions of women in the ancient texts in order to shed new light on their roles in them and further in ancient societies.

This blogpost is based on Hanna Tervanotko’s article “’Obey me like your mother’ (L.A.B. 33:1) Deborah’s Leadership in Light of Liber Antiquitatum Biblicarum 33” which was published in June 2015 in the Journal for the Study of the Pseudepigrapha 24(4), pp. 301–323.