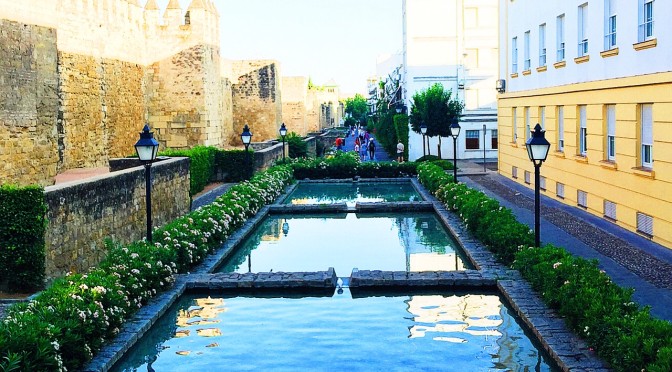 The annual meeting of the European Association of Biblical Studies was organized this year in the city of Cordoba, Spain (July 13–15). This beautiful Andalusian city is full of interesting history and modern life. What struck me most in the well-organized EABS conference, was the diversity of scholars and methods in the field of biblical and cognate studies. Being a diverse melting pot of religions, Cordoba was the place for organizing this event.

Diversity in scholarly methods and research questions was readily shown in the various arenas in which CSTT researcher took part. Many traditional historical questions were addressed. The research group of Jason Silverman et al. focused on the Persian Empire as a significant social and historical context for the development of Second Temple Judaism and its texts. The Dead Sea Scrolls research group led by Jeremy Penner and Mika Pajunen, in turn, provided a plethora of papers showcasing the latest developments in this vibrant field of study. Juha Pakkala and Reinhard Müller hosted a panel on omissions as an editorial technique in their interesting research group dealing with ancient editorial techniques in light of empirical evidence. The research group co-organized by Izaak de Hulster is focused on  iconography and biblical studies, and hosted two sessions in Cordoba in which particular attention was given to method. These are just a few of the research groups in which CSTT researchers took part.

In addition, many of our researchers presented papers in various groups. Take, for example, Sanna Saari’s paper on 1 Kings 13:11–32, which combined an iconographical and narrative approach in the study of a biblical text (abstract). The intersection of various methods was also present in the two CSTT doctoral student papers that were awarded the prize for best student papers.

Newer research questions that were touched upon included the digital humanities, cultural memory, reception history, and fan fiction in biblical studies. All the different research groups that participated in the conference in Cordoba can be found on the EABS website.

Diversity of the conference attendees could be characterized in many respects. Although the association is ‘European’, people from all around the world attended the event. After Germany, the two countries with most attendants were the United States and Israel. The diversity in cultural and religious backgrounds were also discussed in the conference’s plenary sessions: not only Jews or Christians are interested in biblical and cognate studies, the scholarly community consists of a large variety of different backgrounds.

The EABS annual meeting in Cordoba offered a great platform for showcasing, discussing, and critically evaluating the newest research in biblical and cognate studies. In the many years to come, I wish to encounter an even more diverse group of scholars and an even more multifaceted array of methods and research questions. See you all at the next year’s EABS annual meeting in Leuven!