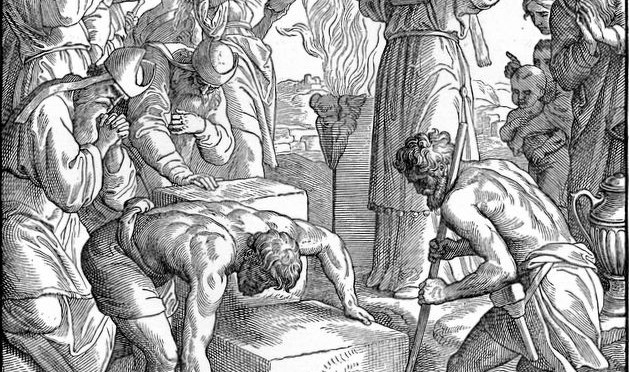 Sheshbazzar has been a bit of a mystery in discussions of Persian Period Yehud (Judah). He is only mentioned four times in the Hebrew Bible, each in Ezra, called variously “Prince of Yehud” and “governor.” Although almost always accepted as historical, the sparse attestation (including lack of patronymic), the apparent disjunction in titles, and an overlap in responsibilities with Zerubbabel have led to numerous scholarly theories on who Sheshbazzar was and what his role was. The discussions of the identity of Sheshbazzar have largely been concerned with whether he was of the Davidic dynasty. Most scholars understand him as Judean and Cyrus’s first gubernatorial appointee. Although the lack of specific evidence makes certainty impossible, the present note argues for an alternative, simpler understanding: that the nature of the evidence for Sheshbazzar (present but sparse and vague) relates to his unimportant role in (later) Judean eyes as the last Neo-Babylonian governor of the province. This is preferable to speculative attempts to identify Sheshbazzar with other figures.

The historical reliability of Ezra is debatable, but even if one assumes it is, a careful reading shows that there is no need for Sheshbazzar to be considered either to have been a Judean or to have been first appointed by Cyrus. Since the meager information in Ezra does not require a Judean identity, is there a probable identity in light of the historical context?

Nebuchadnezzar II installed several vassal kings in Palestine during his campaigns, including Mattaniah, whom he renamed Zedekiah. After the failure of the (second) vassal arrangement under Zedekiah, the Neo-Babylonians installed a leader of the region, Gedaliah, as reported in 2 Kgs 25//1 Chron 25 and Jer 38–43, likely a governor. Although this first incumbent was assassinated, one must presume that a new governor would have been appointed by Babylon. Since Gedaliah was likely of the Judean nobility, one would not be overly surprised if Babylonian policy shifted to appointing Babylonians instead of local leaders, given the Babylonians’ dismal track record at pacification in Judah – two rebellious vassal kings and an assassinated governor. This might even explain why Gedaliah continued to be commemorated in later tradition, being the last native ruler. There are several elusive hints that Neo-Babylonian strategy in the Levant used both vassal kings and governors.

Cyrus inherited the lordship of Syria-Palestine when Babylon fell. In the process of taking over the empire, Cyrus seems to have both replaced some key officials with his own men and reconfirmed some existing officials. The governorship of Yehud would therefore have needed either to be reconfirmed or replaced. Although Cyrus’s activities between 539 and his death in 530 BCE are sparsely attested outside Greek sources at present, he must have largely campaigned east, since the eastern satrapies appear as already held in the Behistun inscription of Darius. In this light, it is reasonable to see very little Persian intervention in Syria-Palestine during this period. The Cyrus Cylinder (and Ezra 1) should not be taken to mean that there was a wide-spread repatriation at the beginning of Cyrus’s reign to which Sheshbazzar can be attached. Though merely an assumption, it would make sense to understand the majority of Neo-Babylonian officials as merely reconfirmed in the west at this time. Indeed, even in Babylonia itself, few administrative changes seem to have been undertaken before Cyrus’s fourth year, when Ēbir-nāri appears in titles. In this context it is unlikely that Yehud would have been important enough at such a point in time to merit administrative reform. Presumably loyalty and collaboration rather than ethnic ties were the key consideration, especially in the early days of Cyrus’s reign while he was still formulating how to control his new vast territories.

Thus the distinct possibility exists that Cyrus, at least initially, merely reconfirmed the Neo-Babylonian governor of Yehud in his position. There is a reasonable case for understanding Sheshbazzar as this Neo-Babylonian governor. First, he appears early on in Cyrus’s reign as governor, so on the above assumption, he would have been the pre-existing governor. Second, he has an explicitly Babylonian name. If he was a Babylonian official, this removes the need for any speculation over the translation of names, second names, or cryptic identifications. Of course names do not determine ethnicity, but they are certainly consonant with it. Third, the absence of a patronymic suggests a lack of local familial ties (at least ones of interest to Judeans). Such a shortage of family could have many causes, yet a particularly plausible reason would be a Babylonian, and thus non-Judean, provenance. Indeed, in the analysis of Jursa, high Babylonian royal officials typically did not use family names. Lastly, being the last Neo-Babylonian governor is a role unlikely to be memorable to the local populace: neither a Davidide, nor associated with the liberating Persians, nor presiding over a renewed cult. His brief mention in Ezra must surely be due to mention in source materials used by the author; he is certainly mentioned in a way which suggests all-but-forgotten remoteness.

Whatever the reality behind the decree of Cyrus to repatriate the temple vessels and the Judeans, the earliest most likely context for direct Persian interest in southern Palestine was the preparation for the invasion of Egypt. This may have begun late in Cyrus’s reign, but more likely began with Cambyses. The lead-up to invasion would be a more logistically logical time for the Persian administration to replace the governorships in southern Palestine than previously, since it would relate to the preparations for war as well as the fact that Cambyses would have personally passed through at the start of the campaign. Again, no evidence for this is available. Nevertheless, it would explain why Sheshbazzar remained in the records used by the later compilers of Ezra despite not being of much interest to them; he had not been removed too long beforehand not to exist within the Persian administrative records available to the compiler of Ezra.

Although no new hard evidence is presently available to clarify the issue, understanding Sheshbazzar as the last Neo-Babylonian governor (who was reconfirmed as the first Persian governor) removes the difficulty created when scholars postulate a direct relationship with the Davidic dynasty, and it needs not make recourse to (even more speculative) onomastics. More importantly, it explains why the name appeared in the official records available to the compilers (i.e., Ezra 5), but had faded from Judean memory at the time Ezra 1–6 was compiled. In line with Occam, then, this solution would seem to be simplest and therefore most preferable. Moreover, if this identity is accepted, it gives a new, potential locus for the influence of Babylonian temple practices on the restored practices within the Second Temple in Jerusalem, in the person of an (ex-) Neo-Babylonian governor present at its re-founding.

The above is a condensed version of ‘Sheshbazzar, a Judaean or a Babylonian? A Note on his Identity.’ Pages 308–321 in Exile and Return: The Babylonian Context. Edited by Jonathan Stökl and Caroline Waerzeggers. BZAW 478. Berlin: de Gruyter, 2015.

One thought on “Who was Sheshbazzar?”