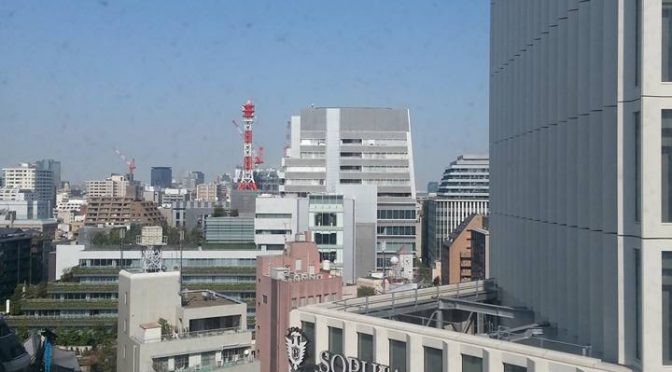 With the research fellowship from the Japan Society for the Promotion of Science, I chose Sophia University (http://www.sophia.ac.jp/eng/e_top), the first catholic university in Japan, as my host institute. This blogpost aims to introduce you to the university and my host researcher, the distinguished Prof. Akio Tsukimoto.

The Meaning of the Name. The Sophia University is one of the top private universities in Japan. It aims the research and education based on the Jesuit educational philosophy. The word “Sophia” was taken from the Greek term “wisdom.” The Sophia University has also a Japanese name, “Jouchi Daigaku” (上智大学), meaning “University of Higher Wisdom.”

History. The university was founded in 1908. In that year, three Jesuit priests arrived in Japan in response to a request from the Roman Pontiff at that time, Pope Pius X, to prepare for the establishment of a university. Five years later, in 1913, they opened the first Catholic university with three departments – Philosophy, German Literature, and commerce – near Yotsuya station in Tokyo where the university still stands. The first president was the German Jesuit Hermann Hoffmann (1864–1937).

Statistics. Sophia University has now about 1500 faculty members, 100 researchers, 300 administrative staff, and 12.000 students. 13% of them are international students because the university has offered English programs for more than 60 years and it has agreements with 206 overseas universities in 42 countries. The university holds 27 departments in its eight faculties and 11 research institutes. It also has the Catholic Center, Kulturheim Cathedral, and Societas Jesus House as the residence for priests on their property and St. Ignatius Church next to the university.

Prof. Akio Tsukimoto studied history of religion, Old Testament studies, and Assyriology at the University of Tokyo and the University of Tübingen. In 1980, he received a Ph.D. degree in Altorientalistik from the University of Tübingen with the dissertation Untersuchungen zur Totenpflege (kispum) im alten Mesopotamien. He published its revised version from the series of Alter Orient und Altes Testament in 1985. After he returned to Japan, he has worked at Rikkyo University between 1981 and 2014, and since 2014 at Sophia University. He is also since 2016 the director of the Ancient Orient Museum in Tokyo. He has participated in archaeological excavations at Tel Zeror, Tel Ein Gev, and Tel Rekhesh in Israel. He is a renowned researcher with many publications on Emar texts, Mesopotamian religion and literature, and religion and thought in Ancient Israel.