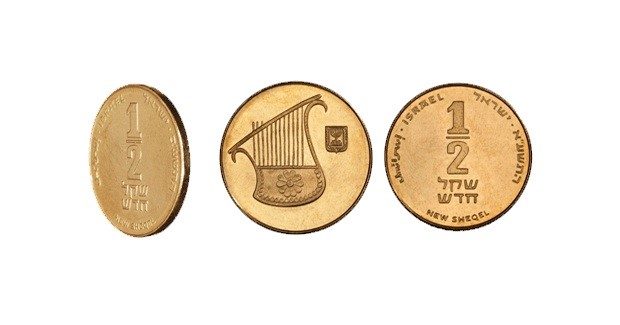 For biblical scholars ‘canon’ is usually a matter of literature. However, within a larger cultural context one can speak of a ‘Western canon’ and the highlights of ‘Western’ (a term I won’t problematize here) culture. One can ponder on the possibility of having a canon of children’s literature (e.g., in English) or presenting the most important events and persons of a country’s history as a canon. But if a canon only shows the highlights, to what extent is it representative? Similarly, museum collections or catalogues with replicas tend towards presenting a specific kind of canon.

One can observe that the word ‘canon’ is in use for anthologies, compiled with the aim of reflecting and shaping cultural memory. This implies that one could distinguish three forms or steps:

A commemorative envelope (figure 1) was issued in celebration of the German success following the British ‘Merchandise Marks Act’ (issued 125 years ago in 2012) with the slogan ‘vom Makel zum Qualitätssiegel’. This Act caused that products marked with ‘made in Germany’ were not branded (in the sense of stigmatized as inferior; cf. Makel) but the brand ‘made in Germany’ grew into a seal of quality. The envelope presents several products but only those that are socially acceptable. Thus, military products, for which German was famous too, are left out. This, however, could be justified by pointing out that before World War II we don’t know about German weapons bought by the British.

Further examples may also be found in philately: in honour of 60 years UNESCO, Romania issued a stamp with two figurines from the Hamangia culture (figure 2). How representative are these two figurines of Cernavoda, one of over fifteen sites with remains of the Hamangia culture? Furthermore, to what extent is a complete though non-specific female figurine representative? What about a unique piece like ‘The Thinker’? Exceptional items find a place in the canon by default, but aesthetics also seem to play a role in what is chosen for canonization, as seen here in stamps.

This example approaches what I recently called ‘a gynemorphic bias’;[1] coroplastics (figurine studies) often focus on figurines with female (anthropomorphic) forms to the neglect of others, such as animals. Beyond that, when selecting items, complete objects are often favoured. They may well represent past production but fragments are often much closer to actual archaeological experiences in the field.

To continue in this line of thought, we may consider the case of the fake seal that inspired the minters to use David’s harp for the half-shekel coin.[2] Even though the seal was a fake, David’s harp was already part of cultural memory (or memories), of one or even several cultural canons.[3] Although even David’s historical ‘proportions’ are debated, the motif of David’s harp was reinforced by the allegedly historical confirmation provided by the seal. Thus, while the harp on the half-shekel coin may be an apt expression of cultural memory, the harp’s shape, as copied from a doubtful source, also presents as a warning against ideology, taken-for-granted motifs, and too-easily-accepted historical evidence.

In sum and at the close, beyond distinguishing between compendium and anthology, this blog post fosters awareness concerning the choices made when compiling an anthology or working as a minter, illustrator, or author. These respective agents should be aware of the responsibility inherent in their choices, and in their interaction with canons, particularly in light of how they contribute to and in a way pilot cultural memories.11