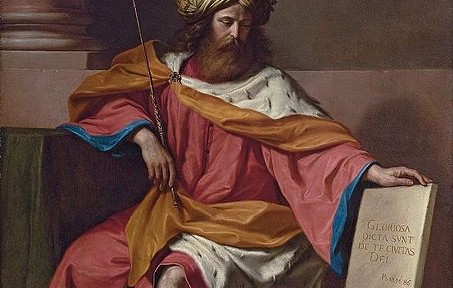 The Old Testament was written in Hebrew (and partly Aramaic), the New Testament in Greek. That is what we learn in school and read in every introduction to the Bible. However, in recent decades the ancient Bible versions in other languages have gained attention as well, especially in studies concerning the Old Testament, a.k.a. the Hebrew Bible. One cannot totally comprehend the Hebrew Bible without using its oldest translation, the Greek Septuagint. That is because the text of the Hebrew Bible as known to us today from the Hebrew manuscripts contains multiple corruptions.

The Books of Kings are a good example of textual problems in the Hebrew Bible. 1–2 Kings form a continuous narrative starting with the death of the old King David and ending with the destruction of the Temple of Solomon and the beginning of the Babylonian exile. The narratives in Kings are mostly concerned with the kings of Judah and Israel but they also contain narratives about the prophets Elijah and Elisha. The books appear to have been compiled from several different sources and they have undergone revision even at a rather late stage: the Septuagint translation of these books, probably done between 100–200 BCE, reflects a slightly different Hebrew text than the official, so-called “Masoretic Text” of the Hebrew.

Even the Greek text for Kings is not a unified whole: for 2 Kings especially there are two different forms of the text which both are slightly revised according to the needs of contemporary readers, the one (“B-text”) perhaps around the beginning of the Common Era, the other (“Lucianic” or “Antiochian” text) ca. 300 CE. Thus for the most part of 2 Kings the exact original wording of the Septuagint translation is lost.

This is where the Latin textual witnesses come into the picture. The most extensive of these is the translation known as the Vulgate, finished about 400 CE. This translation, however, was done on the basis of a Hebrew text very close to the Masoretic text. Thus it has little independent value as a textual witness. Nevertheless, it has a very prominent history of usage: for a millennium, it was the Bible in the Western Christendom. (As a curiosity it may be mentioned that it even contains one biblical writing known exclusively in Latin: the Epistle to the Laodiceans, a short compilation of Pauline exhortations that was meant to represent the lost Laodicean letter referred to in Colossians 4:16.)

Apart from the Vulgate, no Latin witness contains the entire text of Kings. There are, however, remains of an earlier Latin translation – or several different translations. We have a fragmentary manuscript from the 5th century (Palimpsestus Vindobonensis or La-115) that once provided the complete Latin Books of Samuel and Kings in a translation that was made sometime between 100 and 300 CE. Roughly 11% of the text of Kings has survived to the present day. In addition, quotations from Kings by early Christian authors (often called Church Fathers) have preserved quite a lot of the text in Latin.

The author who has preserved the most text of Kings (ca. 14%) in his quotations is a 4th century Sardinian bishop called Lucifer. (Lucifer was a common enough Christian name in the West until the Vulgate translation caused a misinterpretation of Isaiah 14:12. There the word lucifer ‘light-bearer’ actually means the Morning star, Venus; it is not a proper name for Satan. If the word lucifer in the Latin Bible refers to any person, that person will be Christ: see 2 Peter 1:19.)

Although Lucifer is not a particularly early witness, he is the most important Latin witness for Kings. Lucifer came from the West and was native Latin speaker, but he wrote his books while travelling in exile in the East. I find it improbable that he could have carried a Latin translation of the complete Bible with him; books at that time were awfully heavy and expensive. It is more likely that Lucifer used the Greek manuscripts he found in the library of a local congregation and translated himself those passages he wanted to quote in his own work. Lucifer’s mode of translation was quite literal and he often quoted accurately – he had, however, a tendency to shorten the text somewhat, especially when quoting long passages. It appears that the Greek manuscripts he used provided a text that was very near the original wording. This can be seen in the passages where the two Greek text forms provide different readings: Lucifer sides now with this, now with the other – and often the reading not supported by Lucifer seems somewhat suspicious.

A real brain-teaser is the verse 1 Kings 11:34. There we find the text in one form in the Hebrew text, in another in Latin by Lucifer, and in altogether eleven (!) different forms in the Greek witnesses. You can try if you can figure out what is the difference in meaning between four of these different text forms – and what might be the cause for the changes from one form to another. (In my opinion, Lucifer retains the oldest of these forms of the text; that is why I cite him first. The speaker is God via the prophet Ahijah; “he” in the quotation is King Solomon.)

And I will certainly not take the whole kingdom out of his hand
because, resisting I will resist him
all the days of his life,
for the sake of my slave David, him whom I chose.
(Greek B-text; see New English Translation of the Septuagint)

Nevertheless I will not take the whole kingdom away from him
but will make him ruler
all the days of his life,
for the sake of my servant David whom I chose
and who did keep my commandments and my statutes.
(Hebrew Masoretic Text)

One thought on “Latin as a Biblical Language”