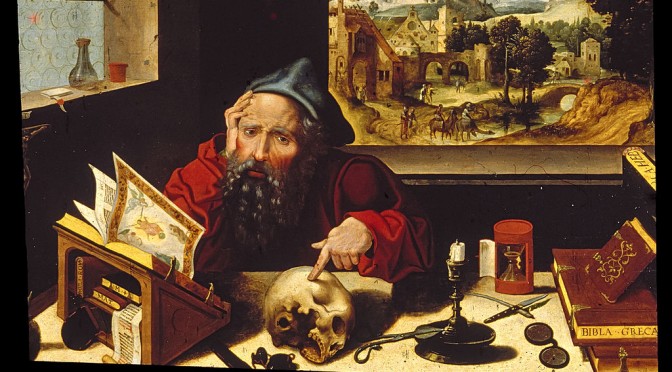 Intuition and Its Limitations

Decision-making in textual studies is largely based on intuition. The scholar is expected to know the sources and the approach very well and it is assumed that when all the relevant information concerning a given problem is poured into the scholar’s head, eventually the right solution will come out. The truth of the solution is then tested first by the scholar’s personal conviction and subsequently by the scholarly community: the more of your colleagues you manage to convince, the better your solution.

Making scholarly decision based on intuition is a time-honoured practice, possibly because it goes very well together with another widely used method of discerning the truth, namely, authority: whatever the authoritative figure (in biblical studies it is often a dead German) has written based on his/her intuition, is the truth unless the opposite is proven. Arguments for a given position are tested against the authoritative solution: if your arguments support that, they are good — if not, your colleagues will ignore them.

I assume that the setbacks in using intuition and authority as the means for getting the correct solutions are obvious to most readers and I will not treat them here. Instead, I would like to offer a sketch of an alternative approach to decision-making in textual studies based on something I have been reading and thinking during my time in Madrid this academic year.

I started reading what psychologists had written about decision-making, for instance, Thinking, Fast and Slow by Daniel Kahneman and Streetlights and Shadows by Gary Klein. From those books I learned mainly two things.

(1) There are situations in which intuition works very well: recognition, simple arithmetics, spatial conceptualization or the like. In addition, we can rapidly learn by doing if the results of our actions are predictable and the feedback is imminent. Learning to play an instrument is a prime example. Then again, in other situations our intuition can easily lead us astray. Much of the problem solving I do in my own studies is of the latter nature: it requires analytic thinking which is slow and unintuitive. The more I do analytic thinking the faster and more accurate I get in some processes, but my intuitive judgment on the problems does not necessarily get any better; the results of my decisions are unpredictable and the feedback loops are very slow if they exist at all.

(2) Psychologists have developed a number of alternatives to intuitive decision-making. Some approaches are based on checklists or pre-defined criteria sets, others on visualization or breaking the problem into tiny pieces. Some emphasize statistics and mathematical definitions, others are more traditionally humanistic. All of these aim at helping critical decision-making by providing tools for monitoring and, when necessary, improving your decision-making process. 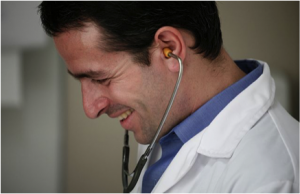 My own application of such alternative methods turned out to resemble what in medicine is called diagnostics. The big idea in diagnostics (Greek διάγνωσις ‘distinguishing, deciding’) is that

By a process of elimination you aim at finding the condition that best explains the symptoms.

My field is textual criticism, but I hope that the following diagnostic procedure I have been experimenting with may be of use in other fields of textual studies as well. When you read onwards you can see if you can adapt my ideas in solving the problems in your own study — or life.

My ”patients” are variant readings, that is, different forms for a given piece of text preserved in the textual witnesses (in my current study Greek and Latin witnesses for the Septuagint of the Books of Kings). The ”conditions” or ”diseases” are things that cause textual changes, the reasons that bring about new readings that are secondary, that is, they did not belong to the original or the oldest attainable form of the text.

Before starting the examination of the patient, I must, of course, be aware of what are the possible conditions whose symptoms I can expect to find. Like in medicine, in textual studies some conditions are more usual than others. While we do not have an official classification of diseases, our view on the history of the text is actually quite close to one: on the basis of that we expect some phenomena to occur relatively often and others quite rarely. My studies in the textual history of the Septuagint in Samuel-Kings have suggested that there are actually only four major reasons for the textual changes and three of those conditions are mostly limited to certain witnesses. It is reasonable to expect that most of the symptoms of my patients can be explained by one of those conditions. 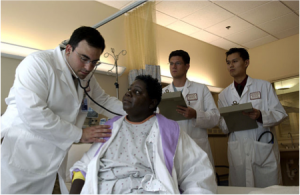 The examination of the patient starts by observing abnormalities: is there something twisted or corrupted in this reading that singles it out from the other readings? If there are, what could have caused the abnormalities? I use checklists and criteria sets to evaluate how probable it is that the symptoms result from a given condition.

I risk an example. This is what we can read in the Greek witnesses for the verse 2 Kgs 21:13:

”I will wipe Jerusalem as the alabaster jar (B) / tablet (L) is wiped, when it is wiped …”

The patients are the competing readings ”alabaster jar” and ”tablet” in two witnesses we call ”B” and ”L”. Both readings fit the context: both a jar (as in B) and a tablet (L) can be wiped. But when the context is about punishing Jerusalem for the sins King Manasseh has committed, which is a better metaphor? I would say ”tablet”: to be able to write on his Jerusalem-tablet again, God must first wipe it clean. That may, indeed, be a symptom of secondariness: the L-witness is known to contain stylistic improvements.

But let us not forget that we are dealing with a translation from Hebrew. The word used in the Hebrew text does indeed mean ’jar’, but it is a rare word and it could have been unknown for the translator. Thus the reading ”alabaster jar” in B could be a correction according to the Hebrew text by a later reviser who knew Hebrew better. We know that in B in 2 Kings there is a number of that kind of corrections — although they are not as numerous as the stylistic corrections in L.

At the end, this patient left the examination room with a ”Hebraizing correction” diagnosis. This was because there is one particularly good witness that in this case happened to support the reading ”tablet” in L. The treatment I ordered was to choose ”tablet” as the original reading; I figured that the Greek translator did not know what was the Hebrew thing that ”was being wiped” and chose ”tablet”.

What Differentials Does It Make?

I am still only experimenting with my diagnostic approach. I must acknowledge that there are at least two important aspects in which medical and textual diagnostics differ:

(1) In medicine you have vast repositories of data concerning the frequency of different conditions and the symptoms that go with them. Thus the medical diagnostician can safely build on statistical data when determining how probable it is that this patient with these symptoms really has a certain condition. In textual studies we do not have that kind of a repository. However, observing the relative frequency of the different solutions we offer will probably help us see if our decisions are in line with our text-historical views or if we should change either our theory or our practice.

(2) If the treatment based on a medical diagnosis helps the patient to get better, it is almost certain that the diagnosis was correct. By contrast, it is highly difficult to actually test textual diagnoses: if we make the wrong diagnosis, no one will die. But the diagnostic approach may still provide us means of monitoring the consistency of our decisions. One aspect of diagnostics is the differentation between problems: what is different in this problem in relation to some other similar looking problems we have already solved? If nothing, then we should arrive at the same diagnosis.

Applying diagnostic principles in decision-making in textual studies does not mean that we should start wearing white coats and using stethoscopes — or canes! Aiming at accuracy and consistency should not make us pseudo-scientists (”science” as opposed to ”humanities”). It cannot hurt, however, if we can express more clearly what, in our view, are the conditions that bring about textual changes, how usual they are, and how probably a certain condition caused the symptoms in a particular case.

5 thoughts on “Diagnostics and Textual Studies”