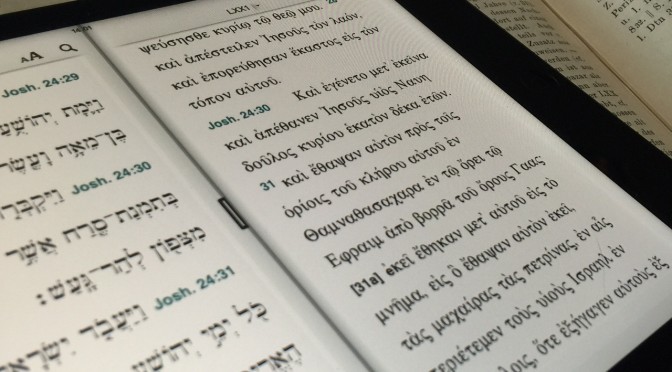 The Hebrew Bible is a collection of layered works. Its books in their various forms have been creatively edited and interwoven by ancient redactor-scribes in various historical situations using multiple sources from different time periods. In order to understand these editorial processes and use the texts in reconstructing history, scholars use the method of redaction criticism. Building on the observations of literary criticism (that is ”source criticism”), redaction criticism asks, for example: what is the ideology/theology behind the editing? What has been included or left out in the work and why? What is the community behind the editor(s)? How can the different textual layers be dated?

As important as redaction criticism is in the study of the Hebrew Bible, it has nevertheless been criticized by many. One objection towards this method has been that the results lead into many opposing directions depending on the scholar using the method. Take for example the redaction critical theories concerning the composition of the Pentateuch. While scholars usually agree that there are different sources behind this important work, no longer can we boast on having a united front behind the classic JEPD theory. The state of Pentateuchal criticism is quite fragmented and there are numerous competing theories on the emergence of the first five books of the Hebrew Bible.

This multifinality, however, is no grounds for rejecting the method altogether. After all, different outcomes and a dialogue between them are important for the progress of critical inquiry. Still, there is a strong need for refining the methodological basis of redaction criticism. This can be partly achieved by integrating documented evidence from various textual witnesses more closely with literary and redaction criticism. This is also the pursuit of CSTT team 3.

Documented evidence of editorial changes is present in various ancient witnesses to the Hebrew Bible. Advancements in textual criticism have shown that in many cases traces of the composition history of biblical books are preserved in textual witnesses. It is likely that the first translation of the Hebrew Bible, the Greek Septuagint, utilized in many instances a Hebrew source text that differed from the Hebrew text preserved by the Masoretic textual tradition. In the case of some works, such as the book of Jeremiah, the textual version preserved in the Septuagint is not only different but also an earlier literary version. The textual form preserved in the Masoretic text is thus a result of redaction and this redaction can be observed by critically comparing these two witnesses.

In my research, I argue that the Septuagint of Joshua is often based on a Hebrew text that has not yet undergone the redactional changes present in the Masoretic text. If this is true, it has many implications for redaction criticism.

One of the most influential redaction critical models, affecting also the study of Joshua, has been the idea of a Deuteronomistic history, famously formulated by Martin Noth. Noth held that the differences in the Septuagint of Joshua are in several occasions a result of later shortening and simplification of the Hebrew source text similar to the Masoretic text. Thus, his redaction critical observations were primarily based on the Masoretic text. Nowadays, there is a plurality of views on the Deuteronomistic history, but still the models proposed are frequently based only on observations made on the basis of the Masoretic text.

All of this means that there needs to be an increasing co-operation between scholars coming from different methodological backgrounds. If we truly want to shed light on the textual history of the Hebrew Bible, we need to be open to cross the borders created by modern methodological divisions.