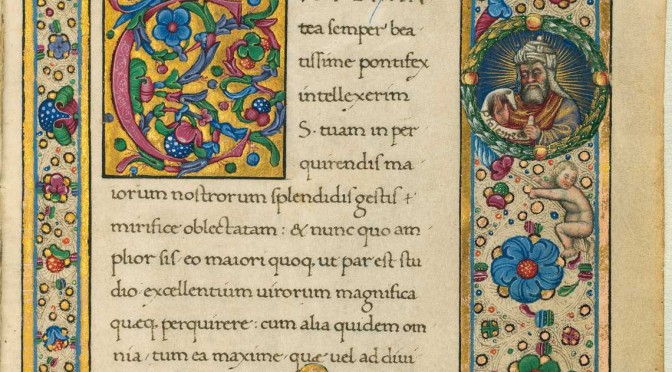 The task of locating the social context of the Septuagint translators is like capturing the elusive giant squid from the depths of the ocean, it’s hard to know where to look when you only have a handful of sightings. The most popular account (the letter of Aristeas) might point us in the proper direction (Egypt) but we must be wary of its more elaborate details because most experts consider it to be more of a legend than a factual report.

Out of the blue, it might seem sensible to say that Alexandria was the ideal location for such a translation in the Ptolemaic period. After all, Alexandria seems to have had the most prominent Jewish community outside of Judea, and royal sponsorship must have definitely been required for such a large undertaking. On the other hand, there are a few things that point us away from Alexandria. First, the proposed nature and purpose of the Alexandrian library would not seem to favor the inclusion of translated works, as it is thought to have been a very Helleno-centric enterprise whose purpose was to house the best copies, or prototypes, of classical Greek works. Second, the prologue of the book of Sirach is dubious in its failure to mention Alexandria as the location to which Ben Sira’s grandson came to work on his translation. Third, the different books were translated by different people at different times, and therefor it was not such an immense undertaking. Royal sponsorship and glorified provenance are assumptions based mainly on the letter of Aristeas.

Other theories surrounding the origins of the Septuagint have been suggested: it was made for liturgical use, school room use, or for the Ptolemaic judicial system; it was the work of a dragoman, a non-imperial work, or the work of scribes; it was made to fortify Jewish identity, or that it was a unique, unprecedented undertaking. Several questions underline, and in some cases undermine, these theories. For example, was reading scripture a prominent part of the liturgy of the Jewish community in 3rd century BCE Egypt? Would the community use the Septuagint translation to learn Hebrew or Greek if either? Is it plausible to assume that Jews were tried by their own laws in Ptolemaic Egypt? Is translation a trait that we can positively attribute to scribes in Ptolemaic Egypt (or Judea for that matter)? In what ways can we say that the Septuagint accentuated Jewish identity or that it was an exceptional project at the time of its undertaking?

The lack of external evidence directs us to look within the Septuagint itself for further indicators of its social background. Argumentation over the nature of the language of the Septuagint has been ongoing since the time of the church fathers. The language has been described by some as a special type of Greek, “biblical Greek,” and by others as “bad Greek,” claiming the translators knew just enough of the language to get by. It is important to note the several influences that are at work in the language of the Septuagint, the most obvious of which is the Hebrew source text, the Vorlage. This is mainly evident in the syntactic constructions of the Septuagint and in its use of Hebrew idioms. But there are also clear influences of spoken languages, particularly Aramaic and Demotic, which can be seen in loan words and lexical choices. Some books also portray features of natural Greek usage, such as postpositive conjunctions. There are even some instances of the use of higher literary vocabulary and variation according to poetic sensitivity that betray a level of Hellenistic education.

The documentary papyri from the Ptolemaic period, discovered in Upper Egypt over the past 150 years, provide a contemporary body of texts that can offer insight into our inquiry. First and foremost, it is a relevant mass to which we may compare the language of the Septuagint. Important similarities between the Septuagint and the papyri include vocabulary unattested elsewhere, distinctive lexical shifts and developments in idiom and grammar, preferences for certain words, and vocabulary that is resonant of the time. Secondly, the contents of the documentary papyri give us information about Jewish communities in Upper Egypt. There were Jews in all levels of occupation and society in the Ptolemaic kingdom. A good example is a salt tax papyrus from the 3rd century BCE, which contains a list of people who were exempt from the salt tax because they possessed the status of “Hellene.” Most of the names on this list are characteristic Jewish names. It is generally agreed that the “Hellene” status in the Ptolemaic period entails a background in Greek education. The Ptolemies used a large network of administrators to rule their territories, and since Greeks were a minority in Egypt, the rulers had to rely on the local population to fill most of the administrative offices. This necessitated the education of locals to meet the standards required to be an administrator. Jewish communities most likely had their own administrators as well.

The origins of the Septuagint and the social background of its creators remain shrouded, but the documentary papyri do provide a viable alternative to the grandiose portrayal of the letter of Aristeas. There were several Jewish communities living in Egypt during the Ptolemaic period, and it is not necessary to assume that only the community in Alexandria had the means to translate their scriptures.

The above is a compilation of notes from the 6th International Septuaginta Summer School in Göttingen. Special thanks to Dr. James Aitken, who lectured on the subject “From Language to Social Context: The Pentateuch and later traditions.”