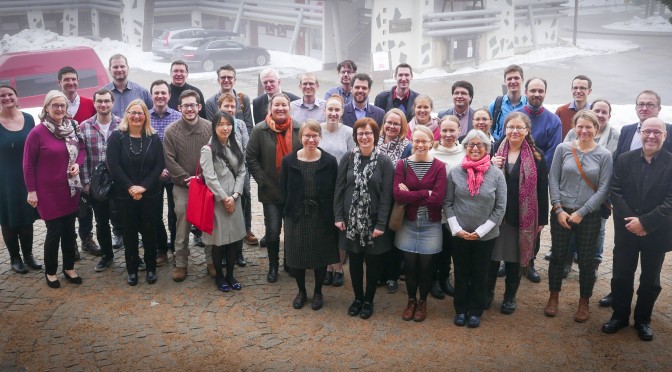 CSTT gathered to its third Annual Meeting in Saariselkä, 7-10 April 2016, titled “Change‽”. Before the meeting, participants were asked to pair up with a member from another team and reflect on their research concerning their understanding of change, the levels on which they study change, reasons for change, possibilities to distinguish change from diversity, and changes in scholarship that influence their perception and use of the source materials. This communication task gave an impetus to think of change in terms of agency and how those agencies relate to power and ideology, practice and action, language and symbolism, and production of material culture and media by which all performance, interpretation and politics takes place. The exercise demonstrated how central the communication between the study of material culture and textual studies is in CSTT and how CSTT aims at constructing the bigger picture in this cooperation and interdisciplinary endeavour. 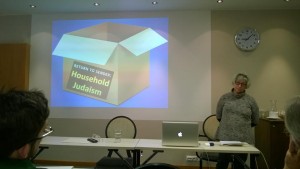 bers were greatly inspired by the two keynote speakers. The first was Andrea Berlin, who herself said to have been inspired by the collaborative work of CSTT, exemplified by the Team 4 contribution to the meeting (“Changes in Research of Late Second Temple Judaism: An Invitation to Interdisciplinarity,” co-authored by seven members of Team 4). Berlin’s bottom-up approach and detailed study of material artefacts at the archaeological site of Gamla (in the Golan Heights) provided an excellent case study to think of change and our methodology in attaching meaning to clusters of change, which in Berlin’s case was the development of ‘Household Judaism’ in the first century BCE and CE. 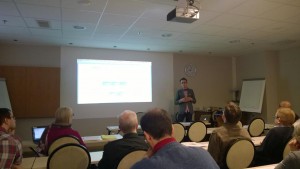 The other keynote speaker, Andrew Teeter, gave a detailed presentation of textual transformations in Jeremiah but also tied it to larger issues of intertextuality, interpretative and analogical techniques, and transmission as being already reception history. This again created vivid discussion on methodology and our possibilities to trace intertextual moves and which factors need to play a role in such work.

The contributions by our director Martti Nissinen and acting-director Anneli Aejmelaeus at the start of our annual meeting could be nicely summarized in two images: scribe and detective. Martti argued that prophecy underwent a “scribal turn” and that the larger comparative context must always be taken into account in studying Hebrew prophecy. Anneli compared a textual/literary critic to a detective who carefully considers all the details, also the insignificant ones, in following each hint and clue and tracing the direction and nature of textual changes.

What was clear throughout the meeting was the ease and willingness of members to communicate with each other: to discuss in small groups, to present questions — in other words, to socially construct knowledge and to be more explicit about their background and assumptions in order to facilitate cooperation. Teams 1 and 4 and teams 2 and 3 already worked on the same or very similar ground. In the end, new collaborative brainstorming started to emerge and there was new enthusiasm on possibilities of cross-team cooperation.

The international members of Scientific Advisory Board, Prof. George Brooke and Prof. Kristin De Troyer, articulated the significance of the CSTT also as a bridge between the more Germanic textual research and the English-speaking research traditions, with a stronger emphasis on material culture. They also acknowledged that change in CSTT has taken place: finding middle ground has become reality and mutual exchange of ideas form our thinking!

Change is present in our lives and in the historical periods we study. An important aspect connected to change is identity, in its two meanings: 1) Identity is sameness over time: if we consider that something changes, we already identify what a thing or being is that changes (and remains the same). Sometimes reflection on the ‘what’ question may illuminate what sort of changes we expect or consider possible. 2) Identity is difference at one time: especially social, ethnic, and religious identities were and are being constantly recreated and negotiated in distinction to ‘others’, and we must pay attention to this momentary nature of these conceptualizations. Textual sources provide us some aspects of (textualized) Israelites, Judeans, covenanters, etc. These points resonate also with CSTT’s work: we want to change scholarship by challenging previous paradigms and increasing dialogue across disciplines; yet we come to this arena with our own social identities and perspectives that may direct even the questions we are able to ask. In the final session, Martti challenged us to allow CSTT to shape our scholarly identities. Scholarship changes when attitudes change!